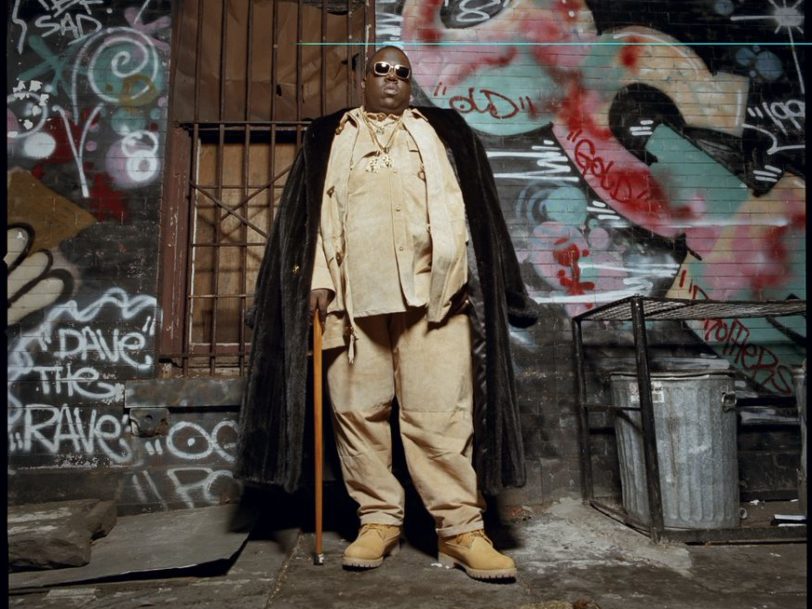 The Brooklyn, New York City-born hip-hop legend The Notorious B.I.G. released his expansive sophomore album, the Grammy-nominated, diamond-selling double-disc Life After Death in late March 1997. Picked as the album’s explosive first single, Hypnotize, issued just weeks earlier, on 4 March, also scored a Grammy nomination, went platinum, and was immediately hailed as one of the best Notorious B.I.G. songs in a career most assumed would last for years to come. However, just less than a week after the song’s release, Biggie was dead, and Life After Death hit the shelves as if it were some eerily belated prophecy.

A taster of that album’s forthcoming success, Hypnotize is a brashly echoing, ground-hugging cut – a tribute to Biggie Smalls’ own “sicker than your average” lyrical skills, with the rapper unapologetically spinning a lyrical web in which he hypes every part of his lifestyle, whether it be his footwear (“Timbs for my hooligans in Brooklyn”) or “the Lexus, LX, four and a half/Bulletproof glass, tints if I want some ass”. Now considering himself talented enough that he could “never lose”, Biggie also underlined his bond with Puff Daddy’s Bad Boy stable (“Poppa and Puff/Close like Starsky and Hutch”) and even threw in a reference to Da Doo Ron Ron, a hit by the 60s girl group The Crystals, for good measure (“Your crew run run run, your crew run run”). Though Life After Death was chock-full with collaborations, Hypnotize was essentially a Biggie solo rap, with a strangely dead-eyed – indeed, hypnotised – chorus by Pamela Long, on loan from R&B group Total, that proved he didn’t need anyone’s help in order to leave audiences spellbound.

One of the greatest singles of all time

Produced by Puffy the previous year, Hypnotize samples the chassis of Rise, a low-riding roller-skating jam Rise by the trumpet-playing A&M Records founder Herb Alpert. Alpert had long led The Tijuana Brass, purveyors of Latin-tinged easy-listening jazz best known for chirpy instrumentals such as Spanish Flea and Tijuana Taxi, but he flipped the script in 1979, introducing a new sound that steamed with all the heat rising up from the summer asphalt. But where Alpert’s original remained coolly relaxed, Biggie’s take was amped to the max underneath lyrics that delivered a mixture of wisdom and devil-may-care profligacy (“My car go one-60, swiftly/Wreck it – buy a new one”).

The chorus itself was derived from Doug E Fresh and Slick Rick’s hip-hop classic La Di Da Di. Originally the X-rated B-side of the duo’s 1985 hit The Show, La Di Da Di has been sampled or reinterpreted over 1,000 times, largely due to The Notorious B.I.G.’s influence. The English-born Golden Age storyteller Slick Rick had originally gone under the name MC Ricky D, riding Fresh’s raw human beatbox with his priceless, endlessly quotable lyrics – most notably tossing out the line “Ricky, Ricky, Ricky, can’t you see?/Somehow your words just hypnotize me” in character as a girlfriend. It came towards the end of the track, almost as an afterthought, but it grew into a major-league earworm in years to come. (Rick’s influence ran deep with Biggie, and can also be heard on Warning, a track from the latter’s debut album, Ready To Die, on which, like Rick, he plays multiple characters.)

A byword for hip-hop

On most editions of the single, Hypnotize was backed with a radio mix and an instrumental, but some releases featured the spare, skittering tall tale I Got A Story To Tell. Crisply produced by Buckwild from New York’s legendary Diggin’ In The Crates Crew, that song went on to close Life After Death’s first disc. Elsewhere, Bristol’s trip-hop maverick Tricky also provided a murky, hollowed-out yet banging remix of Hypnotize for some European formats, underlining the power of Biggie’s rhymes (“At my arraignment, note for the plaintiff/Your daughter’s tied up in a Brooklyn basement”) for anyone who had missed it among all the glitz on show in the song’s budget-shredding promo video.

Directed by Paul Hunter (Erykah Badu, D’Angelo, Jay-Z), that insanely over-the-top clip matched Biggie’s cinematic rhymes with blockbuster visuals. Set in the Florida sun, it featured a cavalcade of black helicopters, speed boats, motorcycles and open-top cars, with mysterious interlopers chasing Biggie and Puffy as they struggle to get on with their hectic schedule of parties. Twist in a bevy of beautiful young ladies, cash money, jewellery, champagne, cocktails, chandeliers, grand pianos, glass sculptures and even mermaids, and you have a definitive document of hip-hop’s bling era.

Hypnotize has since been sampled by countless other artists and used in numerous films, and is now considered one of the greatest singles of all time. As for Biggie, aka Christopher Wallace, he didn’t survive America’s unforgiving streets long enough to see the single reach No.1, let alone see the album it came from become one of hip-hop’s biggest successes of all time. But he has himself become a byword for all things hip-hop: his words still hypnotize.