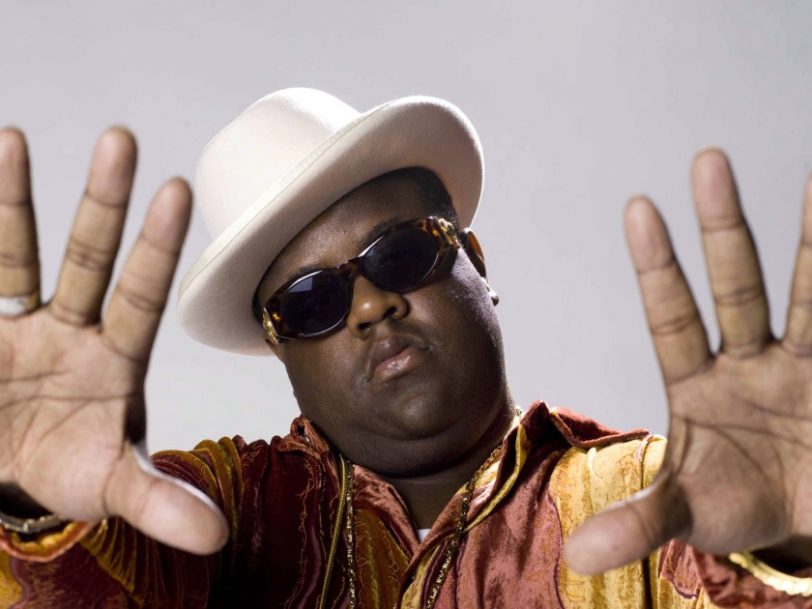 ‘Born Again’: How The Notorious B.I.G. Found Another Rebirth

Posthumously compiled from Biggie’s vast trove of unreleased recordings, ‘Born Again’ brimmed with life from one of the world’s greatest MCs.

New York City rap icon Christopher Wallace, aka The Notorious B.I.G., aka Biggie Smalls, was shot to death in March 1997, in the run-up to the release of his second album, Life After Death. Prolific in the studio, his output has fuelled several posthumous collections, including, two years after his death, the multi-platinum-selling Born Again. Released, on Puff Daddy’s Bad Boy label, the record offered an opportunity in the fast-moving world of hip-hop to pair Biggie with the hottest rappers of the time, among them some of his previous companions (such as the West Coast’s Too $hort, and Wu-Tang Clan’s Method Man), as well as those he would undoubtedly have collaborated with had he lived for longer. After the controversy surrounding Biggie’s murder, in Los Angeles – the tragic culmination of hip-hop’s East Coast-West Coast feud – some of the guests seemed picked in an attempt to demonstrate that New York wasn’t at war with other hip-hop scenes.

Following an ominous, melancholic intro, wherein Brooklyn Biggie talks poignantly about the future, the supremely shiny, funkily Duran Duran-sampling single Notorious B.I.G. bursts in, featuring Biggie’s fierce sometime girlfriend Lil’ Kim alongside Puff Daddy. The video made the best out of lacking the physical presence of its main star, moving from a hospital scene (referenced by Biggie in his lyrics) to a party which celebrated the late rapper’s legacy and which, like Born Again itself, was studded with hip-hop cameos.

The brutal, teetering, head-nodding single Dead Wrong is traditional, whumping New York rap par excellence. Originally produced by Biggie regular Easy Mo Bee in the run-up to the release of Biggie’s debut album, Ready To Die (to which Mo Bee contributed extensively), the Born Again album version also features a fine horrorcore verse from Detroit’s then breakout star Eminem. The video likewise went back-to-basics with a montage of archival clips of Biggie, increasing the impact of what is widely considered to be a serious addition to his canon.

Hope You Ni__as Sleep features quite a different feel for Biggie, as a verse originally recorded for Dead Wrong is inserted into a home invasion by a nihilistic host of New Orleans “Dirty South” rappers. On loan from Cash Money Records are Big Tymers and Hot Boys – the latter featuring a pint-sized Lil Wayne – and the results bounce and judder pleasingly. By contrast, the low-slung Dangerous MC’s finds Biggie comfortably evoking William DeVaughn’s breezy 70s soul hit Be Thankful For What You Got alongside lively choruses from New York party-starter Busta Rhymes and a laidback verse from West Coast mainstay and Tupac collaborator Snoop Dogg.

The simply-titled Biggie is another celebration of the rapper’s legacy. Riding an evocative sample in the creeping yet glitzy style which was starting to run New York hip-hop at the time, it’s also an effective showcase for Biggie’s mentees Junior M.A.F.I.A., who take centre stage in the single’s video. The dead-eyed Ni__as features rather more of Biggie, revamped from another early recording and paired cinematically with multiple piano lines and lively squalls of scratching from Bad Boy regular I-Roc. Would You Die For Me, meanwhile, features Lil’ Kim and Puff Daddy again, in a typical late-90s Bad Boy piece, and was hot enough for a section to be inserted at the end of the Biggie promo clip.

With breakneck catchiness, Come On sits in Biggie’s catalogue of time-honoured New York numbers. Originally produced by Lord Finesse, it pairs some hot rhyming from its main star with elastic verses from Brand Nubian’s Sadat X. Extra stardust was then sprinkled on top by the veteran producer Clark Kent (also a contributor to Life After Death). Rather more contemporary-sounding is the blunted, gospel-tinged single Rap Phenomenon. Produced by previous Biggie collaborator and Gang Starr legend DJ Premier, it features Method Man in his popular, riddling combination with Redman. Elsewhere on Born Again, The Barry White-sampling Let Me Get Down is another laidback piece, featuring Biggie’s labelmate, the late Craig Mack, on the husky choruses, plus a touch of transformative magic from Missy Elliott.

Peerless class from the heavyweight rapper

The Diana Ross And Marvin Gaye-sampling Tonight was developed from Life After Death’s penultimate cut, Long Kiss Goodnight. Featuring the always-reliable New York kingpins Mobb Deep, with Puff Daddy going hopping mad in the background, it provides a sharp contrast to the dramatic, downcast If I Should Die Before I Wake, which utilises the skills of Roc-A-Fella journeyman Beanie Sigel; the then-hot, now departed, Bad Boy rapper Black Rob; and another West Coast legend, Ice Cube, reuniting the estranged friends Biggie and Tupac in verse.

Born Again’s towering highlight, Who Shot Ya?, had originally been released as Big Poppa’s B-side, and included as the closing track on later editions of Ready To Die. Its Wu-Tang-influenced downbeat piano was sampled from David Porter, but the disconcertingly echoing song was all Biggie and hypeman Puffy’s own. Its violent verses (“One false move, get Swiss-cheesed up”) had previously drawn attention for rumours (firmly denied) that Biggie was aiming his barbs at the then recently wounded Tupac. A piece of peerless class from the heavyweight rapper, it had long been recognised as one of the best Notorious B.I.G. songs and was more than due a proper spot on one of his albums.

The retro good-times disco-rap of Can I Get Witcha showcases Junior M.A.F.I.A.’s Lil’ Cease, while the crisp, blinking cocaine vibes of I Really Want To Show You features K-Ci and JoJo, from the smooth North Carolinan quartet Jodeci, who bring the usual touch of R&B familiar from Biggie’s earlier work. With his fellow-New York colossus Nas also contributing, the song completely revamps the dank dread of Ready To Die’s Everyday Struggle.

Released on 7 December 1999, Born Again was never going to be the equal of Biggie’s lauded debut, or his sprawling yet consistently engaging double-album sophomore effort, but it succeeded as a meaningful attempt to make sense of Biggie’s vast trove of unreleased recordings, and set the template for a later return to the vault, in the shape of 2005’s Duets: The Final Chapter. It was all in the straightforward title: The Notorious B.I.G. was no longer with us, but his recordings allowed him to be rebirthed one more time, just as his reputation lived long past his own tragically short life.