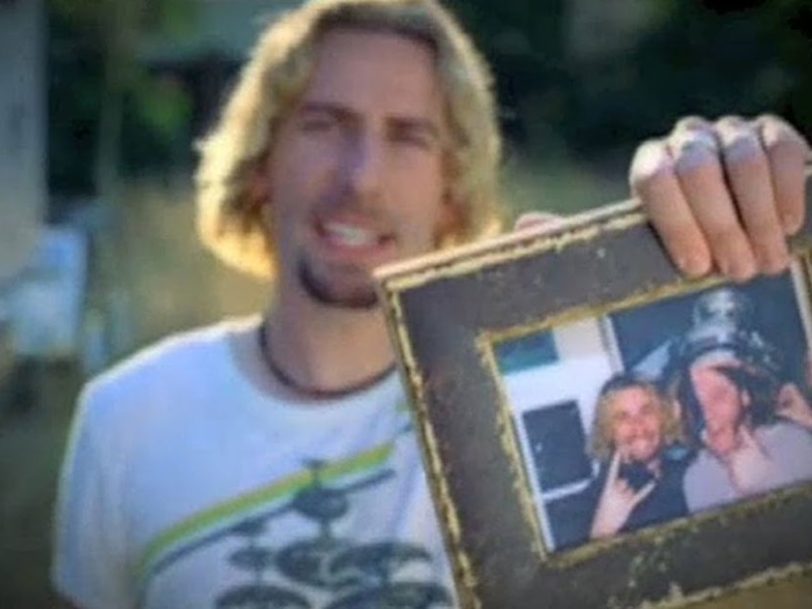 As a nostalgic ode to their hometown, Photograph became one of Nickelback’s biggest songs and birthed an internet sensation.

Stalwart survivors of the post-grunge era, Nickelback are one of the few modern rock acts to cut through the morass of Auto-Tuned pop to find a mass audience at a time when rock’n’roll was at its lowest ebb. Producing a slew of radio favourites throughout the 2000s – from their debut single, How You Remind Me, through to the ironic party-starter Rockstar onwards – the Canadian outfit have sold millions of records worldwide, thanks to their canny hitmaking nous and songwriting prowess. Nowhere is this more apparent than on Photograph, the lead single from Nickelback’s fifth album, All The Right Reasons, and a song which has enjoyed an unlikely afterlife as one of the internet’s most enduring memes.

Listen to the best of Nickelback here.

A firm fan favourite among the best Nickelback songs, Photograph was released in the UK on 26 September 2005 (it had already been issued in the US on 8 August), at a time when social-media usage was exploding. Embraced by listeners not only as an affecting rock ballad in its own right, the song’s meme-ready promo video soon placed the band at the heart of the pop culture conversation. Going from chart-conquering glory to viral ubiquity, Photograph continues to reign supreme on TikTok.

“It’s just nostalgia, growing up in a small town, and you can’t go back to your childhood”

Led by brothers Chad and Mike Kroeger (frontman/guitarist and bassist, respectively), with Ryan Peake (guitars, keyboards) and Daniel Adair (drums), Nickelback had already built a strong fanbase for themselves by the time they convened in their Abbotsford studio in early 2005 to record All The Right Reasons. With the singer wistfully reflecting upon his childhood, Photograph quickly emerged as a contemplative acoustic rock ballad underpinned with shiny instamatic power chords and unashamedly sentimental lyrics. “It’s just nostalgia, growing up in a small town, and you can’t go back to your childhood,” Chad later said.

Arguably Nickelback’s most streamlined and accessible single to date, Photograph eschewed the heavier grunge-influenced aspects of the group’s breakthrough album, Silver Side Up, in favour of a free-flowing melodic sensibility. In lyrics about saying goodbye, growing up and leaving home, Chad Kroeger reflects on how memories are evoked by snapshots of the past – those echoes of intimate moments with first loves and celebratory gatherings with old friends. “Everyone has one or two of those memories that they are fond of,” the singer said, “so this song is really just the bridge for all that.”

Upon its release as All The Right Reasons’ lead single, Photograph peaked at No.2 on the US Hot 100 – the band’s highest chart placement since the release of How You Remind Me, four years earlier – and a reissue in 2008, following the success of Rockstar, saw it reach No.18 in the UK. Clearly resonating with listeners, Photograph’s sentimental and melancholic subject matter clocked up two million sales in North America alone, proving that Nickelback remained a force to be reckoned with among their alternative-rock contemporaries.

“Everything was just really clicking for us at that time”

A considerable factor in the song’s success was its music video, directed by Nigel Dick, which features the band members revisiting their hometown of Hanna, in Alberta, Canada. Opening with Chad Kroeger holding up a framed picture of himself with friend and producer Joey Moi (“Look at this photograph/Every time I do, it makes me laugh”), the shot explains an in-joke in the song’s lyrics (“And what the hell is that on Joey’s head?”).

“It literally looks like he has the Stanley Cup on his head,” the singer has said of the photo. “It was just a big, very well-polished champagne chiller, and we were just messed one New Year’s Eve, out of our minds, and someone took that picture.”

Naturally, the appeal of Photograph is down to the song’s relatability, and exploring his hometown in the music video dredged up deep emotions in Kroeger. “I was very saddened by the way the town was disappearing,” the singer admitted, adding that, though a lot of his friends remained, “so many of the shops had closed” and “the landmarks for me were gone”.

Despite being in a nostalgic mindset when he wrote the song, Chad felt that Nickelback were in a good place as a band while working on All The Right Reasons. “Everything was just really clicking for us at that time,” he later observed, “and those songs were all just really strong songs.” What he couldn’t have predicted was how Photograph’s video would transcend the music completely as soon it found its way onto the internet.

“I think its just cool to be in a meme”

Inspiring a slew of affectionate online parodies, the picture frame Chad holds up was quickly Photoshopped to feature everything from an illustration of a naked banana to a meme comparing the singer’s hair to ramen noodles. Thankfully, the band took it all in good humour. “I think it’s just cool to be in a meme conversation,” bassist Mike Kroeger said. “It’s sort of a recognition that you’re making some waves in the culture of the time when you’re included in a meme storm.”

Photograph memes have proven so popular that, two decades after its original release, the song has taken on a life of its own. In 2020, Nickelback recorded new spoof lyrics for the tune on a Google Photos advert in which Chad Kroeger poked fun at his noodle-resembling haircut (“Is it my hair or just a ramen bowl?”) “Fifteen years ago, we had no idea that the photos on our mobile devices would become such a ubiquitous part of all of our lives,” the singer said. “We felt like it would be a fun and nostalgic way to give the song a lyrical refresh and share some of our favourite memories.”

Photograph has continued to enjoy an extended life on TikTok, garnering over 300 million views, with users sharing their own photographic memories with a mix of cheeky humour and earnest nostalgia. “It’s just something a lot of people can identify with,” Chad reflected of the song’s success. “When you just start singing from the heart, it’s amazing how many other people feel like you’re telling their story.”

Find out where Photograph ranks among our best Nickelback songs.