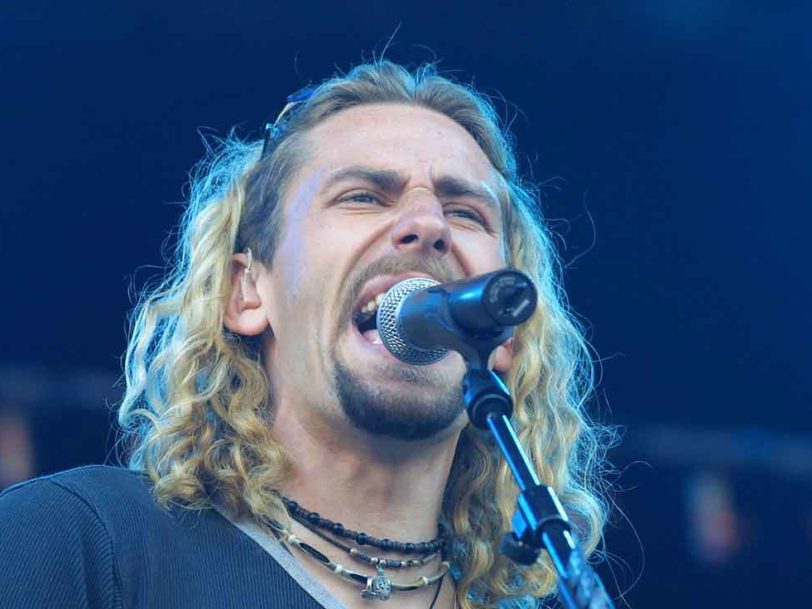 Rockstar: Why Nickelback’s Parody Was Embraced As An Anthem

In sending up the American Dream, Rockstar ultimately embodied it. ‘It’s just all supposed to be silly things,’ Nickelback say.

In 2006, Nickelback’s Rockstar was utterly unavoidable. Every car radio, PA system and MP3 player seemed to be blasting it 24/7. In short, the song was huger than was huge – but it’s not difficult to understand why. Startlingly accessible, Nickelback’s tongue-in-check celebration of the rock’n’roll life appealed to hundreds of thousands of casual listeners, sold over 4.5 million copies, went Top 5 in the US rock chart and peaked at No.2 in the UK. Over a decade later, it remains one of the best Nickelback songs – a relevant, instantly memorable landmark.

A new level of grandiose pop-rock

Originally released on 6 July 2006, Rockstar gained traction once again in the early part of 2021, when UK group The Lottery Winners performed a sea shanty version of the song – complete with nautical lyric tweaks – on TikTok. Spotting a piece of light-hearted fun amid COVID-19 lockdown restrictions, Nickelback were quick to show their support. Collaborating with the indie-poppers on a full-length version, reminding fans that the original song was not only built on a sturdy structure that could be readily adapted, but that it also came packed with knowing gags that were rife for parody in other areas.

At the time of Rockstar’s original release, the Canadian four-piece had cemented their post-grunge, Southern rock sound (particularly with 2001’s Silver Side Up album) and laidback sense of humour, so when it came to writing their anthem-in-waiting, all they had to do was take their knack for penning catchy, bar-raising singles to a new level of grandiose pop-rock.

A clever piece of subversion

Featuring spoken-word assistance from Billy Gibbons of ZZ Top (“Uncle Billy” is something of a hero for the band), Rockstar details the “benefits” of rock’n’roll stardom as if everyone lusts after them. Frontman Chad Kroeger dreams of a “bathroom I can play baseball in” and “a credit card that’s got no limit” in true MTV Cribs fashion – though he also takes jabs at fame’s corrosive side with the altogether less aspirational observations such as “Everybody’s got a drug dealer on speed dial” and “We’ll all stay skinny ’cause we just won’t eat”.

It’s a clever piece of subversion. Undoubtedly, the group knew thousands of kids would sing along to their hit without giving the lyrics a second thought, but the in-jokes (“Gonna date a centrefold that loves to blow my money for me”, “Get washed-up singers writing all my songs/Lip sync ’em every night so I don’t get ’em wrong”) are enough to catch the attention of listeners who lived through classic rock’s 70s and 80s heyday – and may still see it through rose-tinted glasses.

Not that they’re alone. Nickelback often offer a pleasant nostalgia, and the video for Rockstar – in which the song is mimed to by a mix of wannabes and already-ares; average Joes, bikini-clad women and the occasional celebrity (including Kid Rock, KISS’s Gene Simmons and NHL icon Wayne Gretzky) – allows everyone to share in that. If everyone wants to make it, Nickelback are offering assurance that they can. Rockstar is the American Dream put to song.

“It’s all just supposed to be silly things”

To mark its 15th anniversary, Nickelback shared a story-behind-the-song video on YouTube. According to Chad Kroeger, “None of Rockstar is autobiographical. It’s just all supposed to be silly things, kinda like: take everything that you think about when it comes to rockstardom and amplify it exponentially. That type of silliness is sort of what we wanted to do.”

Doing so revealed a playful side of Nickelback that often goes overlooked. Yet Rockstar became a mainstay precisely because it doesn’t take itself too seriously – and neither do Nickelback. They tour all over the world playing the songs they love to countless adoring fans, and they’ve made a hell of a success out of doing so. Rockstar is a way of giving back – of relating with their fans’ own dreams. Nickelback share them, too, and since the release of their platinum-selling single, that has been clear for all to see.

Check out our best Nickelback songs to find out where Rockstar ranks.