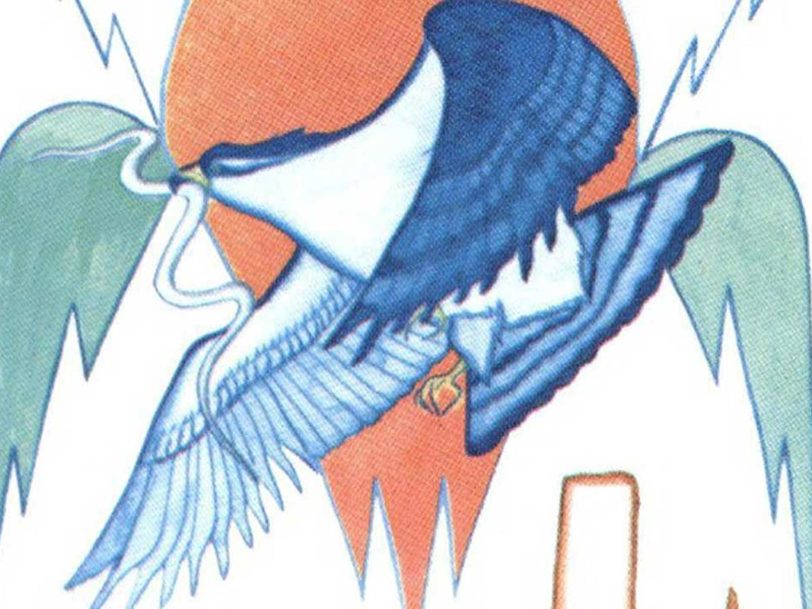 On The Border, the third studio album from Eagles, is to some extent a tale of two producers. Two of the album’s songs – You Never Cry Like A Lover and Best Of My Love – were produced in London by Epsom-born Glyn Johns, before a bust-up prompted the band to leave England and hire Bill Szymczyk to produce the rest of the record in Los Angeles. It marked the start of Eagles’ long, successful relationship with the American producer, who would go on to oversee classic albums such as One Of These Nights and Hotel California.

Listen to On The Border here.

“A raw and funky presence”

“Glyn thought we were a nice, country-rock, semi-acoustic band, and every time we wanted to rock’n’roll, he could name a thousand British bands that could do it better,” singer and drummer Don Henley told Crawdaddy! magazine shortly after On The Border’s release on 22 March 1974.

Though Henley praised Johns for “doing a good job” and bringing the smooth, deep echo sound they needed on You Never Cry Like A Lover and Best Of My Love – both written by Henley with JD Souther, with the latter song becoming a No.1 single around the world – he believed that Szymczyk brought the band “more of a raw and funky presence” on the album’s remaining eight tracks.

Another key factor in On The Border’s success was the introduction of guitarist Don Felder, who was a long-term friend of Eagles co-founder and guitarist Bernie Leadon. The band knew his work – singer Glenn Frey said that he had been blown away after seeing Leadon play in a dressing room in Boston one night – and asked him to come in to Record Plant Studios to play some slide guitar on Henley and Frey’s song Good Day In Hell. “I went in the studio with my guitar and my little amp and set it up. It took a couple hours, we did this track, I played the solo and everything on it, and the next day I got a call from Glenn Frey asking me to join the band,” Felder later told Ultimate Classic Rock.

“Our little kiss-off to Tricky Dick”

“Don’t you tell me ’bout your law and order,” Eagles sing on the album’s title track, an anti-Richard Nixon song written by Henley, Frey and Leadon in the aftermath of the Watergate scandal. The bluesy riff and funky bassline – Henley admitted there was “a clash of styles” in the song – comes to a conclusion with a voice uttering the phrase, “Say goodnight, Dick,” a line repeatedly regularly on The Smothers Brothers Comedy Hour, a television show popular in the late 60s. “We were addressing President Nixon, because at that time it was pretty clear that he was on his way out, so that was our little kiss-off to Tricky Dick,” said Henley.

Another highlight is a version of Tom Waits’ sweet ballad Ol ’55, which features the steel guitar maestro Al Perkins, a man who recorded with Dolly Parton, Randy Newman and Dwight Yoakam, and who played on Emmylou Harris’ 1993 album, Cowgirl’s Prayer, 20 years after working with Eagles.

There is a theme of nostalgia on some songs, including James Dean (a tribute to the Rebel Without A Cause actor, on which Jackson Browne shared writing credits and which lamented the tragedy of someone “too fast to live, too young to die”) and My Man, written in honour of singer-songwriter Gram Parsons, who had died, aged 26, the previous year. Paul Craft, whose songs had been covered by Linda Ronstadt, composed the distinctive country rocker Midnight Flyer, on which Leadon played banjo.

On The Border reached No.17 in the US album charts and was certified double-platinum with sales of more than two million copies. It also featured striking cover art by renowned Navajo artist Beatien Yazz, and a typeface created specially for the album by Rick Griffin.

Yazz’s painting had been bought at a yard sale by art director Gary Burden, for a quarter of a dollar. “I did not know it was an original painting or who the artist was. I just thought it was a beautiful thing,” he explained. “When it came time to create the artwork for On The Border, I pulled out this piece of art and suggested it to the band for the album cover. Everyone agreed that it would be perfect.

“When I tracked Yazz down,” Burden continued, “the best I could find was that he picked up his mail at a trading post on the Navajo reservation. The record company sent a sizable check to the artist and we never heard if he got it or not. If so, it must have come as a surprise, money out of the blue. I always have felt good that millions of people who bought or saw this Eagles album cover, who never would have been exposed to this wonderful Navajo art otherwise, got to see it and hold it in their hands. A painting by a great Navajo artist immortalised by a rock’n’roll band’s album cover is a very good cross-cultural exchange thing.”

Check out our best Eagles songs to find out which On The Border cut edged its way in.