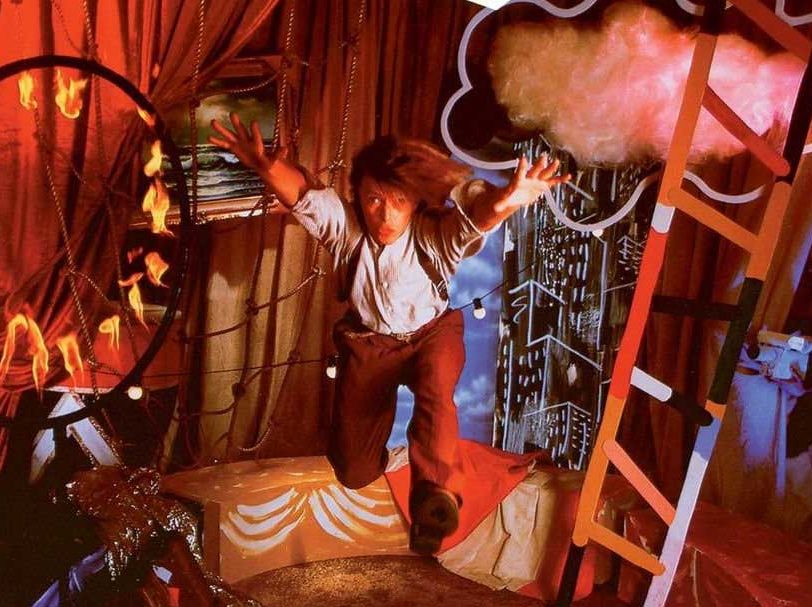 Never Let Me Down: How David Bowie Rediscovered His Edge

A reaction to his mainstream pop success in the mid-80s, the ‘Never Let Me Down’ album saw David Bowie reconnecting with his rock roots.

After releasing a pair of albums that courted a mainstream audience in the mid-80s, David Bowie once again felt the need for a change of direction. He’d tasted enormous pop success with 1983’s Let’s Dance and its subsequent sell-out tour, Serious Moonlight, which saw him make the leap to playing stadiums. 1984’s stylistically similar Tonight album was also an initial hit, making No.1 in the UK charts even if it didn’t quite emulate the long-term sales of its predecessor. Meanwhile, Bowie maintained his profile with high-profile film roles in Absolute Beginners and Labyrinth, the latter a Jim Henson flop that has since become a cult hit. And he and Mick Jagger scored a No.1 single with their spirited romp through Martha And The Vandellas’ Dancing In The Street, followed by Bowie’s fantastically-received Live Aid set at Wembley Stadium on 13 July 1985. But by the time he came to record his next album, Never Let Me Down, he felt he had pushed his pop ambitions as far as he wanted and sought a return to the rock sound he’d made his name with in the early 70s.

Listen to Never Let Me Down here.

“The Serious Moonlight period – that Let’s Dance album… Nile [Rodgers] did wonderful things for me on that album, he created an extraordinary sound,” Bowie told Vox Pop in March 1987. “But with the inclusion of the horns and the… smoothness of the whole deal, I started to become uncomfortable in carrying on with that direction, because I felt a little lost in that, and it was approaching an area that I didn’t really feel I belonged in.”

Envisioning Never Let Me Down as a return to “what used to excite me about being in a band”, Bowie found himself playing the guitar again. “And so it became a guitar-oriented album,” he continued. “And as I was writing and feeling out the material, I realised it was just a tremendous album to be touring, and so the whole thing meshed together, and I put the amount of energy that I needed into a rock album, to really make it happen on stage.”

In May 1986, Bowie had entered the studio with his old collaborator Iggy Pop to produce Iggy’s seventh studio album, Blah-Blah-Blah, released later that year and described by the former Stooges frontman as “a Bowie album in all but name”. The sessions had, however, been inspirational for Bowie, convincing him that a return to rock music was what he needed.

“I remained a potential socialist – not an active one”

Bowie’s sound wasn’t the only thing getting edgier; his new material also saw him dealing with social issues – inequality, addiction, war, politics – an area he’d shied away from for most of the 80s. Never Let Me Down’s stomping standout track, Time Will Crawl, sees him reacting to the Chernobyl nuclear disaster of 26 April 1986, reflecting on the damage that humankind has inflicted on the planet, and imagining an apocalyptic future caused by such tragedies. Meanwhile, the tough R&B of the album’s opening track and lead single, Day-In Day-Out, considers the effect that a lack of security and support can have for a person struggling in the modern world.

Elsewhere, ’87 And Cry saw Bowie taking aim at the UK government of the time. As he told Music & Sound Output in June 1987: “It started off as a kind of indictment of Thatcher’s England, but then it took on all these surreal qualities of a pushy person eating the energies of others to get to where they wanted and leaving the others behind: ‘It couldn’t be done without dogs.’ It was a Thatcherite statement made through the eyes of a potential socialist, because I always remained a potential socialist – not an active one.”

Written for live performance, Never Let Me Down was released on 27 April 1987 and hit No.6 in the UK, with Bowie embarking on the 86-date Glass Spider tour the following month. The shows’ ambitious set design took even Bowie’s theatrics to new levels, while the tour’s financial success proved he hadn’t entirely left his mainstream audience behind. Though more radical artistic evolutions were to come, Bowie’s return to his rock roots would inform his next project, the democratically-run band Tin Machine.

Find out where Never Let Me Down ranks in our run-down of all 28 David Bowie album covers.