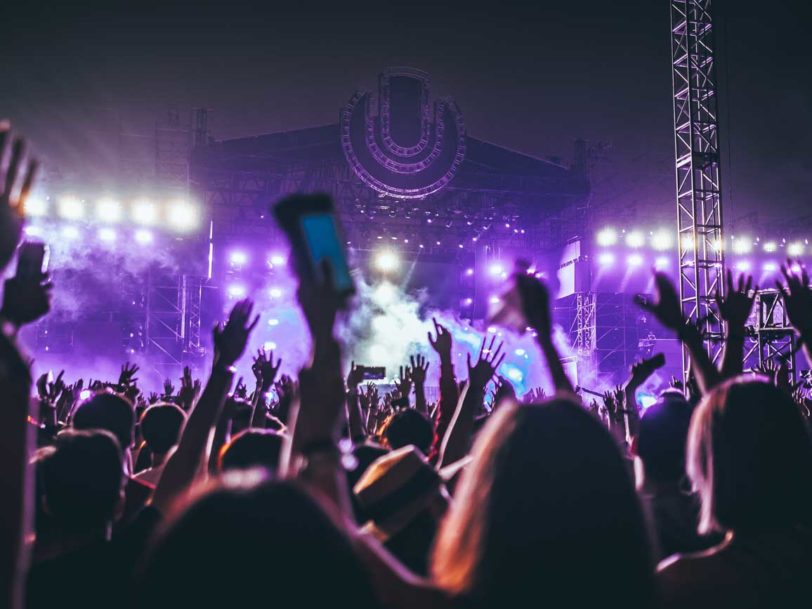 The Future Of Music In 2021: Predictions Of The Year To Come

Following a global pandemic that rocked all types of industries, what’s in store for the future of music in 2021?

When the clocks struck midnight on 1 January 2020, we all felt optimistic about the year to come; it was the start of a new decade – a time of opportunity and promise. But things didn’t entirely go to plan. Instead, COVID-19 happened, and the world halted. We covered our faces, washed our hands for a bit longer and stayed inside. Live music became a thing of the past as concerts and festivals were delayed and artists had to rethink how to promote their albums without leaving their houses. It wasn’t all doom and gloom, though, as musicians found new and unique ways to share music and positivity as the world learned to come together while living apart. So what does 2021 have in store? We don’t want to get ahead of ourselves, but we think there is a lot to look forward to as we try to return to normal life. So here are our predictions for the future of music in 2021, from in-person concerts to long-awaited new releases.

Will things get back to normal for music in 2021?

By the end of March 2020, with the world shutting down, the music industry had to adapt. The idea of fans packing into venues to see their favourite artists started to feel like an alien concept as, everywhere you looked, concerts and festivals were being pushed back or cancelled altogether. Most artists tend to tour new albums for a year or more after a new album, but this couldn’t happen for a lot of acts that dropped records in 2019 or 2020. Add those delayed promo runs to a slew of new releases slated for 2021, and you can already see packed calendars for music fans.

Despite the lack of in-person concerts happening for most of 2020, artists found new ways to connect with their fans. Livestreams and virtual concerts were more popular than ever before, with acts also taking to social media to share intimate at-home performances. While these events may have lacked the excitement of the real thing, they did make shows much more accessible for anyone around the world, and brought a different kind of unity among fans. Instead of having to wait for your favourite act to tour your country, you could just tune into the performance live from your home whenever it suited. This will never beat the thrill of a traditional gig, but musicians sought to make these new experiences as special as possible. The Streets, for example, created an award-winning pay-per-view show, Live At The Drive-In, filled with hits, special guests, and sets and props built specifically for the livestreaming experience. Adding an extra dimension to virtual performances, the group proved that artists could retain fans’ interest from anywhere in the world.

The rise of holographic tours

Virtual performances weren’t a new idea for 2020. Hatsune Miku is a wildly popular Japanese singer with a catch… She doesn’t actually exist. Developed as a Vocaloid software back in 2007, Miku has been attracting fans ever since. In 2020, she was supposed to make her first holographic festival performance on US soil at Coachella; hopefully, that can finally happen in 2021.

It wouldn’t be a surprise to see other artists utilising holograms or artificial intelligence for their performances, especially if travelling the world or staging large gatherings continues to be a safety concern in the wake of the pandemic. Examples of musicians harnessing technology so the show can go on include the London-based Wireless Festival, which offered fans the opportunity to watch performers in virtual reality, while Travis Scott staged a concert within the popular video game Fortnite. It is still unimaginable that any fan would prefer to watch their favourite artists on a screen, but the events of 2020 have certainly opened new opportunities for the world of music in 2021.

Is there a future for in-person events?

Even though going digital was the only option for large-scale events attempting to survive national lockdowns, live music began to return in altered forms throughout 2020. In Newcastle, the Virgin Money Unity Arena was built to allow fans to enjoy a series of outdoor concerts in a socially-distanced setting, while smaller venues lowered their capacities, took temperature readings and made face coverings mandatory so that limited crowds could gather for indoor performances. These measures aren’t ideal, but they help to give fans a taste of live music while also offering financial aid to musicians, crew and venue staff during a difficult time.

As coronavirus tests gets quicker and easier to perform, we could see venues testing fans before allowing entry to gigs, with governments potentially forcing a limited quarantine on attendees following any shows. We’ve got our fingers crossed that, by summer 2021, all anyone will need is proof of vaccination in order to be back moshing together in bustling crowds. Until then, the future of live music in 2021 remains uncertain.

Will music festivals return in 2021?

As distribution of a coronavirus vaccine begins, we could see a summer of music festivals like no other. The legendary Glastonbury Festival was set to celebrate its 50th anniversary in style in 2020, with headline performances from Taylor Swift, Kendrick Lamar and Paul McCartney, as well as sets from Diana Ross, Fatboy Slim and Pet Shop Boys. It is notoriously difficult to get tickets for Glastonbury, so the festival rewarded the lucky punters who booked in 2020 by allowing them to keep hold of their tickets for 2021’s event. If it can go ahead, Glastonbury will likely be the most epic event in music in 2021.

For those who weren’t lucky enough to secure a Glasto ticket, there are a lot more festivals to choose from in 2021. Reading and Leeds have announced they’ll be having two headliners on each day; Latitude and Longitude have already revealed their 2021 line-ups, which include some of the biggest names in alternative music and hip-hop, respectively; and BST Hyde Park have secured Duran Duran for their first London performance in six years.

A lot still needs to happen for us to be back partying together in muddy fields wearing regrettable outfits, but surely we’re not alone in getting a bit excited at the prospect of making up for missing out on 2020’s festival season.

There will be no shortage of iconic albums looking to celebrate major anniversaries in 2021, which will mark half a century since the release of both Joni Mitchell’s fourth album, Blue, Funkadelic’s funk-rock landmark, Maggot Brain and David Bowie‘s pivotal Hunky Dory. It will also be 45 years since the release of his Station To Station album, which ultimately set Bowie on the path to his celebrated “Berlin Trilogy”, Low, “Heroes” and Lodger. His final album, Blackstar, also turns five, marking a half-decade since his much-mourned passing.

A lot of influential albums released at the start of the 21st century will turn 20 in 2021, among them the anthemic Is This It?, by The Strokes, Aaliyah’s self-titled second album, and Daft Punk’s breakthrough record, Discovery.

Releasing music during a pandemic was a completely new challenge that artists faced in 2020. Though musicians knew that they wouldn’t be able to tour or promote their music in the traditional ways, many took the risk and released new albums. For The Weeknd, Fiona Apple, Lil Uzi Vert and Dua Lipa, this proved to be a great decision. After an initial period of uncertainty, music fans used a lot of their time at home to stream new music and buy vinyl, with latter seeing their highest sales figures in nearly three decades in the UK.

Though some artists found success in 2020, a lot of big names seemed to hold off releasing new albums. Artists like Drake, Adele, Kendrick Lamar, Rihanna, Daft Punk and Frank Ocean (to name just a few) have left fans desperate for new music in 2021; perhaps this will be their year. As Taylor Swift showed with her two surprise 2020 drops, some artists used their time off from touring to write and record a lot of new material – with any luck, she isn’t alone. There are plenty of new artists to look out for in 2021, and we’re very excited at the prospect of hearing a ton of great new music in the next 12 months.

The future of music in 2021: artists need support

One thing that’s going to be more important than ever as the world hopefully returns back to normal is for fans to support musicians as much as possible. A lot of industries have been rocked by lockdowns and quarantines, but the disappearance of live music has devastated many small concert venues and independent artists, along with the businesses that support them. It is important that we all help to revive the industry we know and love when the world returns to normal. Nearly every musical act starts independently in the smallest of venues, so by checking out more up-and-coming acts in person, we can help make a real difference for those looking to succeed in music in 2021 – and beyond.