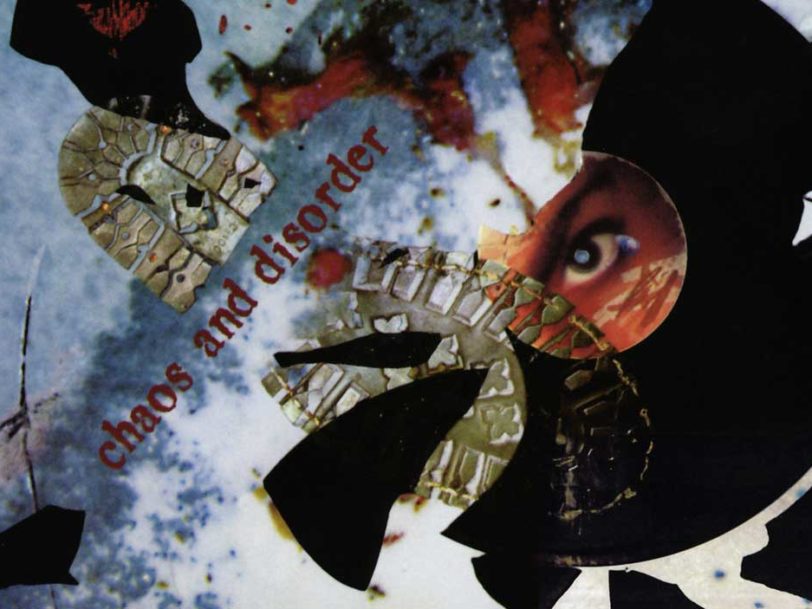 Chaos And Disorder: Behind Prince’s Tumultuous Return To Rock

The result of one of the most controversial periods in Prince’s career, ‘Chaos And Disorder’ sought to put the music industry in its place.

For Prince, the term “chaos and disorder” could just as easily have described the period leading up to the release of his 18th album as it did lend that album its title. Coming after a protracted and increasingly bitter dispute with his record label, Warner Bros, Chaos And Disorder was, as Prince made clear in a note on the rear sleeve, a collection of songs “originally intended 4 private use only”, and “the last original material” that he had recorded for the label.

Listen to ‘Chaos And Disorder’ here.

For the almost two decades that led up to the album’s release, Prince and Warner Bros’ partnership had led to some of the greatest successes in the history of music: Prince established his genius on works such as 1999, Purple Rain, Parade and Sign O’ The Times, and Warner Bros furthered its reputation as an artist-first label willing to encourage creativity in its most talented stars. As Prince’s work rate outstripped the label’s ability to promote his records, however, a public fight ensued in which Prince felt he’d become subservient to an industry that not only couldn’t keep up with him – it tried to tell him what to do.

For reasons he would later describe as both business and spiritual, one of Prince’s first strikes had been to change his name to an unpronounceable glyph, dubbed “Love Symbol”, which merged the male and female astrological signs, and also served notice to Warner Bros that he was done with everything “Prince” stood for. After adopting the new name in 1993, he told Warner Bros they would, from then on, only get old music from The Vault – “Prince” material, as opposed to anything recorded by his new self. When the label disagreed, he began appearing in public with the word “slave” written on his face in eyeliner. “People say I’m a crazy fool,” he told Rolling Stone, “but if I can’t do what I want to do, what am I?”

“Look what he’s done for artists by making that stand”

If the media felt Prince’s behaviour had become erratic, Warner Bros’ top decision-makers sensed a flawed logic. Speaking to this writer for the book Lives Of The Musicians: Prince, former label exec Jeff Gold reflected, “I can’t believe he actually thought he could get out of his deal because we had ‘Prince’ signed.”

Some of Prince’s closest associates, however, understood where he was coming from. Among them was Marylou Badeaux, the Vice President Of Special Projects in what was then Warners’ Black music division. One of Prince’s longest-standing allies at the label, she told this writer, “He’s trying to say: ‘You can’t own me. You can’t own my music. And as long as you tell me that that’s what it is, then I am your slave.’… Look what he’s done for artists in general by making that stand.”

What Prince later called “the worst period of my life. I was being made physically ill by what was going on,” finally came to an end on 26 April 1996, when he and Warner Bros officially parted ways. “At some point it was like, ‘Alright, fine,’” Jeff Gold recalled. “We’ve got his great records in the catalogue. This is becoming too expensive – riderless horse.” Less than three months later, the label issued Chaos And Disorder as the first of two albums Prince agreed to submit as part of the deal to terminate his contract.

Having assimilated hip-hop, R&B and even elements of dance music into his early-90s output, from the first few seconds of Chaos And Disorder’s opening title track, it was clear this album would be an entirely different affair. “Somebody told me that Van Halen did their first record in a week,” Prince reflected. “That’s what we were going for – spontaneity, seeing how fast and hard we could thrash it out.”

“It started out with a lot of anger,” New Power Generation drummer Michael Bland further explained for Lives Of The Musicians: Prince. “We didn’t know at the time that [Warner Bros] would concede.”

Though songs such as the title track and I Like It There found Prince flexing his hard-rock muscles in a post-grunge world, his natural gravitation towards writing hooks came to the fore on The Same December, a pop-rock paean to our shared “dust to dust” fates. Meanwhile, the summery vibe of Dinner With Delores, lifted as Chaos And Disorder’s only single, masked the lyrics’ derisive put-down of a wannabe lover, while the altogether more lascivious Zannalee strutted with Hendrixian flair towards its winking denouement: “See you tomorrow, big ass.”

If some of Prince’s concerns over social injustice came to the fore on Right The Wrong, they also mirrored his wider frustrations with the music industry. I Rock, Therefore I Am (“Welcome to mendacity, sign your name/… They can put you on the field/But you won’t get in the game”) and Dig U Better Dead (“One minute you’re hot/Tell the truth and you’re not”) further expounded on the way he felt artists were treated, while album closer Had U offered a final kiss-off to his former label. Where Prince’s debut record, For You, had opened with its optimistic title track, this song found Prince intoning dismissals over an abstract soundbed, concluding, “Hurt U/Disappoint U/Fuck U/Had U.”

Released on 9 July 1996, Chaos And Disorder appeared four months ahead of Emancipation, the triple-disc album Prince had intended to be his first true post-Warner Bros statement. But while its pointed lyrics and scrappy attitude may have been captured in frustrated haste, Billboard called it a “welcome return to basics” and the Chicago Sun-Times even received the album as his “best effort since Purple Rain”.

Prince would revisit songs such as Chaos And Disorder and I Like It There almost two decades later, during coruscating live performances with his funk-rock trio 3rdEyeGirl, but he had little interest in promoting the album at the time of its release. Tellingly, his one concession – a performance of Dinner With Delores on The David Letterman Show – marked the last time he would wear the “slave” make-up in public.

“I was bitter before,” Prince told the Los Angeles Times a week later, “but now I’ve washed my face. I can just move on. I’m free.”

Check out our run-down of all 39 Prince album covers to find out where the ‘Chaos And Disorder’ artwork ranks.