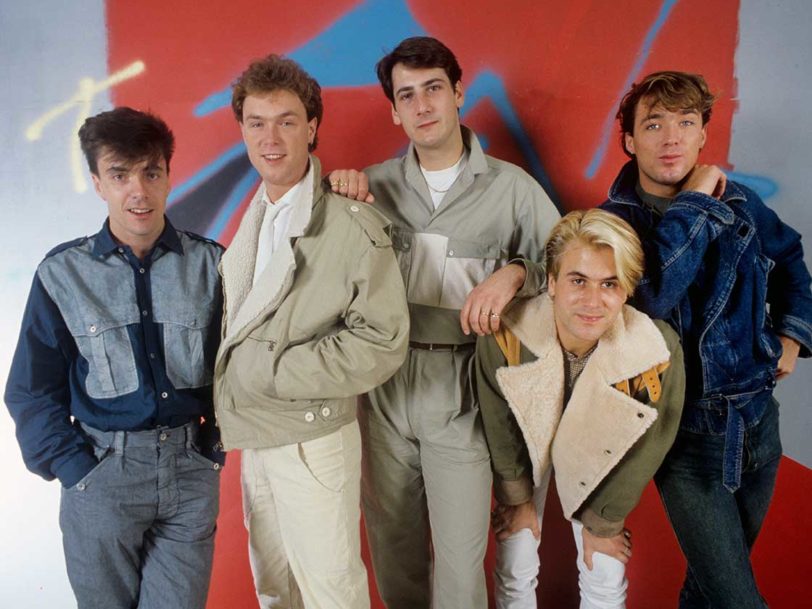 Journeys To Glory: The Start Of Spandau Ballet’s Flight To The Top

Spandau Ballet’s debut album, ‘Journeys To Glory’, was a revolution in sound and style that helped kick-start the 80s.

Spandau Ballet’s career arguably begins at its creative peak with Journeys To Glory. Released on 6 March 1981, it signalled a wave of critical attention for the five-piece New Romantic group. The soul-boy balladry and posturing stadium pop that secured them millions of record sales lay in the future – for now, theirs was a glorious fusion of art, commerce and good old-fashioned showmanship.

Listen to Journeys To Glory here.

Front and centre of the New Romantics

Routinely dubbed the house band of The Blitz, a club in London’s West End with a reputation that far outscaled its square footage, Spandau Ballet had perfected the knack of pairing choppy guitar rifts with sharp synths to support the booming baritone of lead singer Tony Hadley. Dressed to impress, the five young working-class men had been working hard on songs that would get them noticed by the record industry… but not for them a predictable timetable of small gigs up and down the country. Instead, they orchestrated a series of showcase dates across the capital’s clubs and made sure they were front and centre for a TV documentary on the New Romantic scene.

Launching their own record label, Reformation Records, Spandau Ballet staged a gig on HMS Belfast for select industry executives and the press, then stood back to watch the bidding war. Everyone took the bait and expectation was sky-high when the band’s debut single, To Cut A Long Story Short, was released through Chrysalis in December 1980. Immediately debuting just outside the UK Top 40, it was in the Top 5 only three weeks later, its riff-heavy dancefloor punk-pop causing a Top Of The Pops sensation (think floppy fringes, big blouses, tartan and a touch of make-up) while the influential teen press seized on the band’s photogenic appeal. The song remains one of the best debuts of the 80s.

Quickfire follow-up single The Freeze surprised most by failing to scale the heights of its predecessor but followed a similar synth-dance formula. Falling short of the UK Top 10, it didn’t bode well for Journeys To Glory’s launch, but third single, Muscle Bound, got the campaign back on track with a theatrical, midtempo success that saw the group back in the UK Top 10. The six other songs on Journeys To Glory are layered in orchestrated pomp, but some fine melodies push through. Mandolin is a whirling dervish of a track with more than a knowing nod back to the glamorous confidence of Roxy Music, while Reformation has echoes of the Chic record that Kraftwerk never quite got round to.

Elsewhere, Age Of Blows owes much to the power-pop of new wave acts like Blondie, but its haunting, Vangelis-like synth top-notes elevate it into something altogether more exciting – and, yes, ever so slightly pretentious. Confused is a more conventional cut, but Hadley’s stirring vocal lends it gravity and offers one of the album’s most engaging moments. Closer Toys hints lightly at the pop-soul direction of future releases, but it’s a grand showstopper still steeped in the theatre of the New Romantic scene that launched the band. While songwriter Gary Kemp had yet to completely perfect his commercial formula, the genesis of those enormous later hits like Gold and True are clearly visible here.

A revolution in sound and style

In many ways, Journeys To Glory encapsulates the magpie-like charm of all the New Romantics – a big old romp in the costume cupboard, a chord sequence or two from something fabulous and one eye focused on what was next: the future colliding with a ragbag of everything that was best from before.

As the gloomy late 70s burst into the Technicolor 80s, the impact of the new media (accessible colour magazines and music videos) fused with the frivolity of gender-play and dressing-up can’t be underestimated by today’s been-there, done-that, seen-it-all-before culture. In the UK, at least, Journeys To Glory was a revolution in sound and style, and the band’s sturdy musicianship secured them the first big pop breakout of the New Romantic scene, beating arch-rivals Duran Duran into the Top 10 by some months. Spandau Ballet’s commercial glory days lay ahead, but their journey began here.

Journeys To Glory helped kick-start the 80s. Check out the decade’s best albums