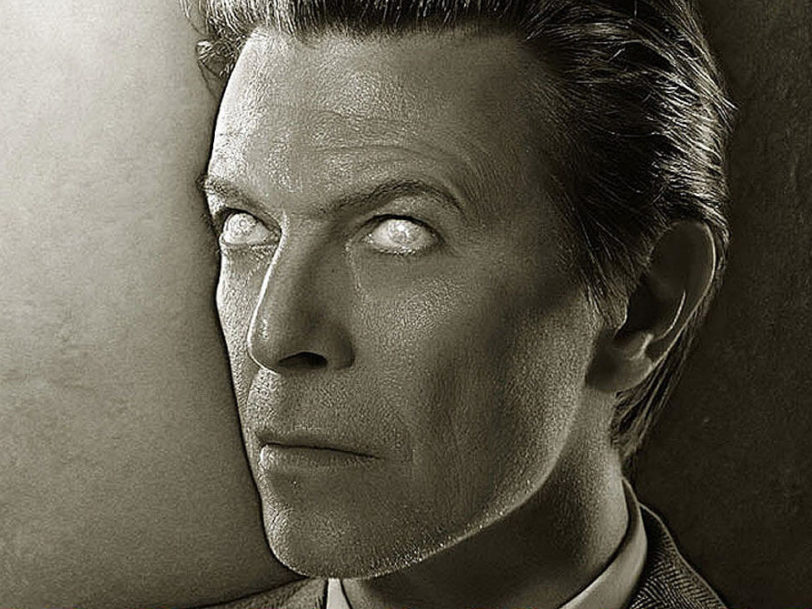 Heathen: How David Bowie “Arrived At Being Instead Of Becoming”

David Bowie’s first album of the 21st century, ‘Heathen’ found the rock god on rare form and inspired by his surroundings.

With Heathen, David Bowie’s 22nd studio album, released in the summer of 2002, there was a sense that, after decades of shape-shifting and agenda-setting, the mercurial musician had finally settled into his skin, resulting in a self-assured, quietly experimental set of mature rock songs.

Bowie confirmed as much in an interview with The Observer. “I feel like exactly what I am, which is 55 going on 56, and it seems to be a pretty cool age to be,” he said. “I’ve experienced a lot and have a sense of who I am that maybe I didn’t have a few years ago… It’s been a kind of cyclical, almost elliptical, journey at times but I feel like I’ve finally arrived at being instead of becoming… I recognise life and most of its experiences, and I’m quite comfortable with the idea of the finality of it. But it doesn’t stop me trying to continually resolve it: resolve my questions about it.”

“There will be some huge challenges”

There had definitely been a shifting of priorities in the period leading up to Heathen’s release. In August 2000, Bowie had become a father for the second time, and caring for his infant daughter became his main focus in the early part of the 2000s. He’d also spent some time looking back at his career while working on Toy, a collection of re-recordings of some of his earliest material with producer Tony Visconti, his right-hand man during his 70s purple patch.

The album never saw the light of day, but the sessions rekindled Bowie and Visconti’s working relationship while also giving rise to three new songs – Slip Away (then called Uncle Floyd), Afraid and Your Turn To Drive, providing the creative spark for Heathen.

Bowie clearly relished working with his old producer, as he revealed in a BowieNet webchat on 16 August 2000, ahead of the Heathen sessions: “What Tony and I always found to be one of our major strengths is the ability to free each other up from getting into a rut. So no doubt there will be some huge challenges, but also some pretty joyous occasions. In short, really looking forward to this.”

“I was literally crying when I was writing”

After demo sessions held across Visconti’s home studio and Looking Glass Studios in Manhattan, New York City, in the summer of 2001, Bowie and Visconti were ready to begin Heathen in earnest. Following a recommendation from guitarist David Torn (Madonna , kd Lang, Tori Amos), the pair settled on Allaire Studios, a new complex nestled among the mountains of upstate New York.

The beauty and remoteness of the location made a big impression on Bowie, as he told Interview magazine in June 2002. “It’s stark, and it has a Spartan quality about it. In this instance, the retreat atmosphere honed my thoughts… I don’t know what happened up there, but something clicked for me as a writer. I’ve written in the mountains before, but never with such gravitas.” He elaborated on this with The Daily Beast, revealing, “I’m in there working at six in the morning, just playing the synthesiser, the piano, and working on what we’re going to do that day – and I’m looking out at the deer and I don’t believe this is happening to me, the serenity and the majesty of it. How beautiful the world is… I reflected with such intensity and it came over me like a wave. It really did. Some mornings I was literally crying when I was writing a song.”

“We had a great day, a much-needed day”

A routine emerged, with Visconti and drummer Matt Chamberlain (Bob Dylan, Fiona Apple, Randy Newman) joining Bowie in the studio mid-morning to work on the material. They recorded 19 backing tracks in two weeks, before additional musicians were drafted in to flesh out the songs, among them David Torn, Dream Theater keyboardist Jordan Rudess and The Scorchio Quartet.

Towards the end of the Allaire sessions, however, the events of 9/11 shocked the world and Heathen went on hold. Writing on his blog, Visconti reflected on how returning to work became a healing process for all involved: “After a few days we called for The Scorchio Quartet to see if they felt like recording. We had very little left to do. Of course, it was the best thing to do, to try doing something to make life seem normal again. They braved all the checkpoints out of the city, crammed into violist Martha Mooke’s car and arrived a little shaken but anxious to make music.”

Visconti had already written scores for the orchestra, and he and Bowie asked the string players to play through guitar amps. “It all worked so well,” Visconti recalled. “We had a great day, a much-needed day.” By 15 September, everyone “packed up and went back to our respective homes, to take a break” before reconvening at Looking Glass Studios for overdubs, where another old 70s cohort, Earl Slick – who had appeared on the Young Americans and Station To Station albums – recorded parts for Everyone Says ‘Hi’. More guest turns came from Dave Grohl (helping to turn Neil Young’s I’ve Been Waiting For You into a doomy glam stomper) and Pete Townshend (delivering a coruscating solo on Slow Burn).

“I’ve used a thematic device since the 60s”

The end result was one of Bowie’s most rewarding late-period albums. The stark beauty of Allaire informed both the slow-moving, Scott Walker-like opener, Sunday, and the majestic closing track, Heathen (The Rays), but – perhaps inevitably – the album’s lyrics were taken by many to be about 9/11. Bowie later refuted this, claiming they’d been written before the terrorist attacks; though he admitted they seemed uncannily prescient in the aftermath, he pointed out that much of Heathen dealt with subject matter he’d been wrestling with his entire career. “I always write about the same things. I just approach them differently each time, I think,” he told Interview.

“The subject matter is… I’ve got a thematic device, really, that I’ve used ever since the 60s, which is basically the isolation of the human and how he stands in relationship to his universe, and how he struggles to find some connection with that,” Bowie continued. This is borne out on the grandiose gloom of Slip Away, Slow Burn, I Would Be Your Slave and 5:15 The Angels Have Gone.

“I’m on top of my game at the moment”

There were also signs that fatherhood had impacted on his writing – not least on one of Heathen’s stand-outs, the breezy motorik-pop of A Better Future, on which he petitions a nameless higher power for a world without “pain and sorrow”, asking for “sunny smiles” for his children. His way with a cover version hadn’t deserted him, either. Heathen finds Bowie enjoying himself on a suitably spiky version of Pixies’ Cactus while giving The Legendary Stardust Cowboy’s I Took A Trip On A Gemini Spaceship the souped-up Earthling treatment.

Confirming that Bowie was on great form, Heathen reached No.5 in the UK and No.14 in the US, earned a Mercury Music Prize nomination and launched a successful world tour. “All you can do as an artist is do what you can at the time that you’re doing it,” he told Interview. “With Heathen I just feel… I’m pretty much on top of my game at the moment. I think the work that I’m writing at the moment is exceptionally good, and I’m hoping that I’m going to continue like this, in which case I’m going to have an exciting future.”

Find out where Heathen ranks in our run-down of all 28 David Bowie album covers.