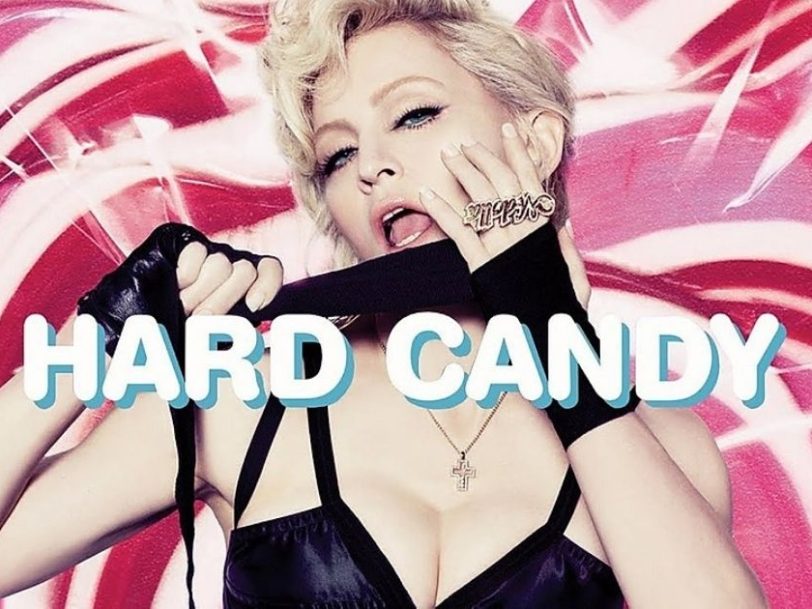 A collaboration with Timbaland and Pharrell Williams, ‘Hard Candy’ kept Madonna match-fit at the end of the 2000s.

After the disco nostalgia of her Confessions On A Dance Floor album, Madonna was determined to work with the contemporary R&B hitmakers of the moment for her follow-up, 2008’s Hard Candy. The decision to team up with Justin Timberlake, his producer Timbaland and Pharrell Williams raised eyebrows for some: did the “Queen of Pop” really need them to continue her trailblazing longevity, or was this just another foray into a genre that had always run alongside her career?

“I needed to be inspired and thought, Who’s making records I like?”

Long established among the best Madonna songs, when early hits such as Everybody and Holiday first rode the airwaves, many assumed Madonna was a Black artist emerging from New York City’s vibrant club scene. After the controversial Erotica album, she repositioned her sound and image with the help of Babyface and Dallas Austin on 1994’s Bedtime Stories, so Hard Candy, issued as her 11th album, on 19 April 2008, was really nothing out of the ordinary, though no one would accuse Madonna of relying on an established formula.

Selling a solid four million and topping the charts around the world, Hard Candy served as the launch platform for Madonna’s most successful global tour to date, the phenomenal Sticky And Sweet Tour, which ran for a year with more than 80 shows generating more than $400 million.

“I just knew I wanted to collaborate with Pharrell and Justin,” Madonna told Vanity Fair of Hard Candy. “I needed to be inspired and thought, Well, who’s making records I like? It’s not like we hit it off right away. Writing is very intimate. You have to be vulnerable and it’s hard to do that with strangers… but I grew very fond of Pharrell and Justin.”

Across the album’s 12 tracks, with writing co-credits split almost evenly between the collaborators, Madonna delivers rich R&B that’s smooth but very dance-oriented. The surprise of Hard Candy, however, is that its duet with Timberlake, 4 Minutes, provided its only major US hit. Issued just ahead of the album, 4 Minutes went to No.3 in the Billboard Hot 100, and became the 13th Madonna No.1 single in the UK, but the perky follow-up, Give It 2 Me, with Pharrell on guest vocals, stalled outside the US Top 40, though it went to No.1 on the Hot Dance Club Play chart.

The album’s chunky Timbaland production – so ubiquitous in this era – gives melodic ballad Miles Away the sort of depth that would have been a major hit just a few years earlier; the Shalamar-inspired shuffle of Dance 2Night is a gorgeous melodic treat; and the ballad Devil Wouldn’t Recognize You – with its echoes of Timberlake’s own Cry Me A River – and the mid-paced drama of Voices offer strong showings while bringing the album to a downbeat close against the frenetic beats and theatre of what has come before.

Keeping her match-for another round

Hard Candy’s non-single highlight, Beat Goes On, is a hook-heavy, spirited shuffler with a guest contribution from Kanye West, who adds further intrigue with his sexy, devil-may-care rap. Equally interesting across the whole record is the writing: the glimpses into Madonna’s personal life at this period, with her marriage to Guy Ritchie allegedly in a difficult place, are spiky. She’s Not Me, a Pharrell co-write, echoes narratives explored 15 years earlier on Erotica’s Thief Of Hearts, but there’s real hurt on show here. Other tracks, such as Miles Away and the frenetic Incredible, echo difficult themes.

Elsewhere, it’s simply the beats that drive the momentum. Spanish Lesson is an effective 21st-century reinvention of La Isla Bonita, Candy Shop a confrontational come-on and Heartbeat a midtempo gem.

Hard Candy had tough competition among the best Madonna albums, but it is a confident collection of material that draws on the best of her influences while keeping her match-fit for another round: one of many striking Madonna album covers, the Steven Klein photo suggests she knew she was smack in the middle of one of the toughest bouts of her career to date.