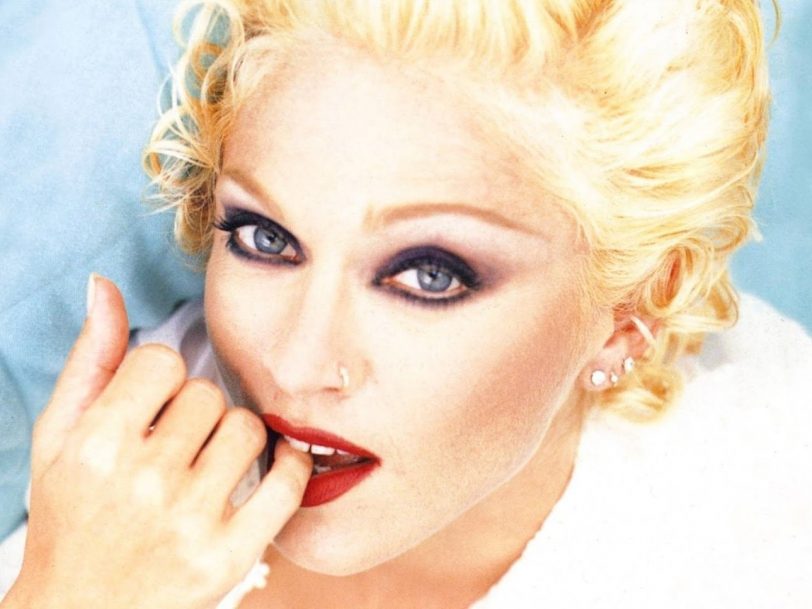 Bedtime Stories: Under The Covers Of Madonna’s Seductive Sixth Album

Ever mindful of contemporary pop’s comings and goings, 1994’s Bedtime Stories was billed as Madonna’s first all-out R&B record, even though her self-titled debut album – released before those extraordinary videos defined her image in a way hitherto unheard of – found her routinely assumed to be a Black act. By getting into bed with the predominant R&B tastemakers of the time, however, there was a calculated effort to redefine her sound while dialling down on the fuss her previous record, Erotica, had created. Here, Madonna chose a number of songwriters, including Dallas Austin and Babyface, leading to a more textured collection than she had created before, though her reputation as a promiscuous collaborator was already justly deserved.

Few of the album’s 11 songs stick strictly to their respective musical lanes, with pop influences folding into clubby trance and trip-hop. There are nods to her then-consolidating legacy (notably in the lyrics, which often referenced past hits), but Bedtime Stories undoubtedly moved Madonna’s sound on more dramatically than before, leading gently towards the subsequent renaissance of Ray Of Light.

With its opening Dallas Austin cuts (the jazz-tinged Survival and the album’s accomplished lead single, Secret) the album gets off to a fine start. Secret proved a decisive return to both the US and UK Top 5 in September 1994, just ahead of Bedtime Stories’ release, on 25 October. Erotica’s co-producer Shep Pettibone earned a credit for his work on the song’s demo, but Secret couldn’t be more different from his era’s output, with Junior Vasquez notably picked for remixing duties, teasing out the song’s clubbier core.

Austin, then most famous for his work with TLC, co-wrote two further songs: the 70s soul groove of Don’t Stop and the meandering, meditative Sanctuary, which segues into the album’s most distinctive number, Bedtime Story, written by Björk, Nellee Hooper and Marius De Vries. Issued as the album’s third single, the latter’s hypnotic trance was the most out-there Madonna dance cut to date. She performed it at the 1995 BRIT Awards and, while it’s the only Bedtime Stories track not to credit Madonna herself, it holds together as a uniquely Madonna moment: all breathless intensity and dramatic posturing.

No space for apology

Softer moments include Forbidden Love, a Babyface co-composition, produced by the hitmaker and Massive Attack collaborator Nellee Hooper, and the charged Love Tried To Welcome Me, an in-part return to the brooding eroticism of her previous studio collection. Bassist Meshell Ndegocello, who would sign with Madonna’s Maverick label, guests on the equally provocative I’d Rather Be Your Lover, but it’s tracks such as the evocative Inside Of Me (created with Dave Hall, who had worked with Mariah Carey on some of her biggest hits) that make the most impact.

The theatrical Take A Bow proved to be Bedtime Stories’ biggest hit, with a record-breaking seven-week run atop the US Billboard Hot 100. Its mannered, textured melody is a beloved ballad among the best Madonna songs, and its evocative video would pair neatly with the visual presentation of the following year’s standout David Foster slow-burner, You’ll See

The album’s boldest statement was saved for Human Nature – Madonna’s chance to bite back at her critics, suggesting in its thumping electronic R&B that, while Bedtime Stories might momentarily soften the mood, there was no space for apology. It proved that her ability to read the room remained as pinpoint-sharp as ever: the public could accept Madonna’s sexual provocation… to a point.

Ultimately, it was time to move on, cast about for yet another new style and build some bridges. Bedtime Stories would prove an effective pathway between Erotica’s confrontational sexual caricature and the big-screen opportunity offered by Alan Parker’s upcoming adaptation of the Evita musical. There were other stories that needed telling…