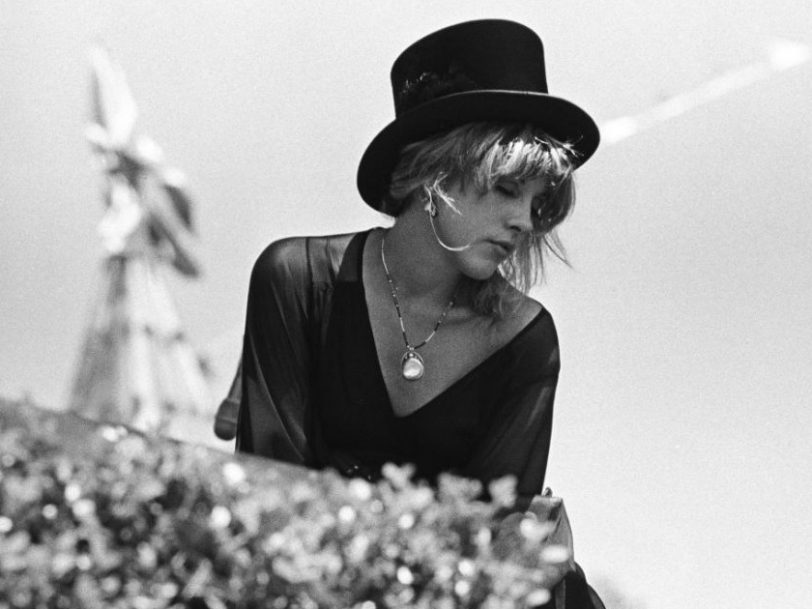 Gypsy: How Fleetwood Mac Found Inspiration In Stevie Nicks’ Past

One of Fleetwood Mac’s most recognisable songs, Gypsy drew upon nostalgia and tragedy to create something timeless.

One of Fleetwood Mac’s biggest hits, Gypsy saw songwriter Stevie Nicks reflect upon the freedom of her pre-fame days. The song became key to Nicks’ appeal – with a self-mythologising lyric set to drummer Mick Fleetwood’s driving beat and Christine McVie’s feather-light synthesiser hooks, it was a highlight of the band’s 1982 album, Mirage. But there was a sadness behind the sparkle: Gypsy was also a tribute to Nicks’ closest friend Robin Snyder Anderson, who died of leukaemia in October that same year.

“It was very sad, and that’s when I write my best songs”

Revealingly, for a song yearning for simpler times, Gypsy was written at the peak of the post-Rumours mania that engulfed Fleetwood Mac following that album’s release. Writing about her early days was a way of Nicks easing the pressures of fame and the lifestyle that came with it. At a show in Montreal in 2009, she spoke about the song’s origins, quoting the opening lyrics (“So I’m back, to the velvet underground/Back to the floor, that I love/To a room with some lace and paper flowers/Back to the gypsy that I was”) before elaborating, “Those are the words: ‘So I’m back to the velvet underground’ – which is a clothing store in downtown San Francisco, where Janis Joplin got her clothes, and Grace Slick from Jefferson Airplane. It was this little hole in the wall, amazing, beautiful stuff.”

In remembering how it felt to be on the outside looking in on an exotic, bohemian world, Nicks romanticised the early days of her creative life and her romantic relationship with Fleetwood Mac guitarist Lindsey Buckingham. By the time Gypsy was written, Nicks and Buckingham had split, but it was never going to be a clean break – their careers were entwined, their most potent songs were about one another. Amid the acrimony, Gypsy was a bittersweet reminder of simpler, happier times.

“In the old days, before Fleetwood Mac, Lindsey and I had no money, so we had a king-size mattress, but we just had it on the floor,” Nicks remembered. “I had old vintage coverlets on it, and even though we had no money it was still really pretty… Just that and a lamp on the floor, and that was it – there was a certain calmness about it. To this day, when I’m feeling cluttered, I will take my mattress off of my beautiful bed, wherever that may be, and put it outside my bedroom, with a table and a little lamp.”

“I was like the lone gypsy all of a sudden”

Nicks had initially planned to include Gypsy on her first solo album, 1981’s Bella Donna, but on learning that Robin Snyder Anderson had been diagnosed with terminal leukaemia, the song took on another meaning for her, and she placed it on Mirage as a tribute. In an interview in 1988 to promote Fleetwood Mac’s Greatest Hits, Nicks elaborated, “The song Gypsy isn’t a real happy story. Gypsy is a lot about returning to San Francisco. And Gypsy was written when my best friend died of leukaemia… about the fact that she wasn’t going to see the rest of this: I still see your bright eyes, it was like she wasn’t… going to make it. And I was like the lone gypsy – this was my best friend from when I was 15 and so I was a solo gypsy all of a sudden… it was very sad for me and that’s sometimes when I write my very best songs.”

Promoted by a music video that was the most expensive ever made at the time, and picked to be MTV’s first-ever “world premiere”, Gypsy became a worldwide hit, reaching No.12 in the US. More importantly, the song has endured, becoming one of the best Fleetwood Mac songs even as it remains synonymous with Nicks herself. As the singer told Entertainment Weekly in 2009, “That’s what Gypsy means, it’s just a search for before all this happened.”