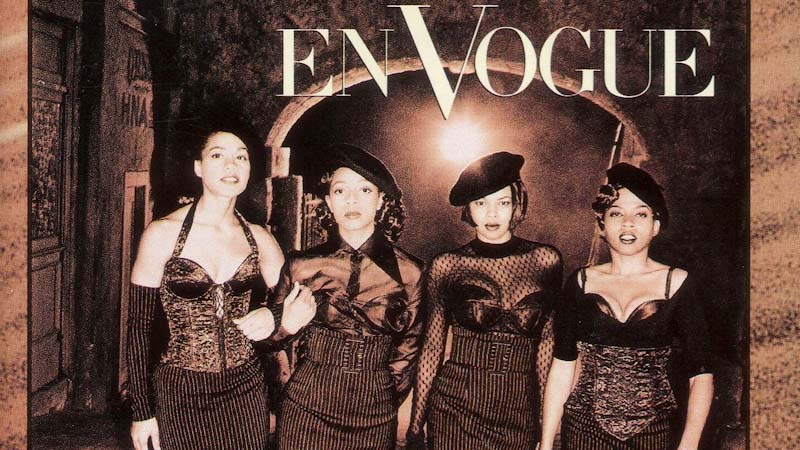 A landmark album in the development of modern R&B, ‘Funky Divas’ found En Vogue setting the bar for all acts to follow.

En Vogue’s second album, Funky Divas, saw Oakland, California’s mellifluous foursome living up to its title – and a whole lot more. Released on 24 March 1992, it was a landmark release in the development of modern R&B, delivering a sophistication rarely heard in the music until that point, yet retaining the grit that had initially attracted fans to the group’s debut, Born To Sing. The album also unleashed a slew of hits, five soulful nuggets that cemented En Vogue’s status as the premier female vocal act of their era. It paved the way for the success of TLC and Destiny’s Child; Eternal were formed as Funky Divas hit the chart; and Spice Girls and All Saints owed something to their groundbreaking work. Why? Because En Vogue’s success proved to record companies that female vocal groups could be in vogue with the public: Funky Divas went three times platinum.

The 90s answer to The Supremes

Opening its account with some staged dressing-room chat and crowd acclaim, the album gets down to business with the fiercely grooving This Is Your Life, with a rumbling synth bassline and thin, acrid wah-wah guitar cutting through a wash in the middle. That would make a great single for most groups, but En Vogue had stronger tracks in store.

The next cut really was huge: My Lovin’ (You’re Never Gonna Get It) is a smacking steady funker with singers Maxine Jones and Dawn Robinson making an assertive statement that rides on guitar parts sampled from James Brown’s The Payback, which had also fed the group’s 1990 debut single, Hold On. Brown’s influence also looms over Give It Up, Turn It Loose, another hit from the album, fronted by Jones. The late “Godfather Of Soul” released a single of similar title, though En Vogue’s song was written while listening to The Honey Drippers’ classic funk break Impeach The President. It opens with a teaser of The Beatles’ Yesterday, and a full version of Paul McCartney’s signature song follows, showing off this fab four’s glorious vocal skills to the max.

Talking of vocal skill, you have to be confident to cover Aretha Franklin, but Funky Divas takes on two of her classics, Giving Him Something He Can Feel and Hooked On Your Love, both from the soundtrack to Sparkle and Franklin’s 1976 album of that name. Was En Vogue’s Dawn Robinson angling for the “Queen Of Soul”’s crown? It’s impossible to quibble with her beautiful rendition of Giving Him Something He Can Feel: a beautifully relaxed hit – a touch jazzy, powerfully soulful and with a hot injection of old-style rhythm’n’blues – it’s a magnificent update.

Hooked On Your Love is given a cleaner, simpler arrangement, though the brass and the group’s vocals are glittering refinements. Both songs were penned by Curtis Mayfield, and it’s intriguing to hear what this new-era R&B act made of the work of a hero from 60s and 70s Black music. The group’s writer-producers, the highly talented Thomas McElroy and Denzil Foster, were fully au fait with R&B’s history as well as its present, and originally intended En Vogue to be the 90s answer to The Supremes, though their harmonies were entirely their own.

One of Funky Divas’ biggest cuts was Free Your Mind, which announced itself as being about prejudice, and blew away stereotypes with some utterly incendiary rock guitar riffs from Jinx Jones over a crunching cowbell beat. It remains, regrettably, utterly relevant. Clearly, Robinson could have opted to become an awe-inspiring hard-rock singer, and who’d have dared tell her she didn’t fit the bill after delivering a fierce lyric such as this?

Lighter in execution, but with a bleak note at heart, Love Don’t Love You is fronted by Terry Ellis and Cindy Herron. It melds a new jack swing beat with a minor-key melody that owes something to Al Green’s Here I Am (Come And Take Me), decorated with a touch of lonely Miles Davis-like trumpet. Lighter still, What Is Love quotes from En Vogue’s first hit, Hold On, but once it really kicks in, it displays an electro-pop feel akin to early Madonna. The album closes with the 44-second Thanks (Prayer), which promises to share the gifts they have.

Massively accomplished, deliciously varied yet somehow unified, playful (check It Ain’t Over Till The Fat Lady Sings) and delivering the goods time and again, Funky Divas still sounds great – and now has a patina of nostalgia that adds extra allure. It marked En Vogue’s commercial high point and arguably their artistic peak, too. These divas definitely went all ways funky.

Looking for more? Check out our list of the best 90s female singers.