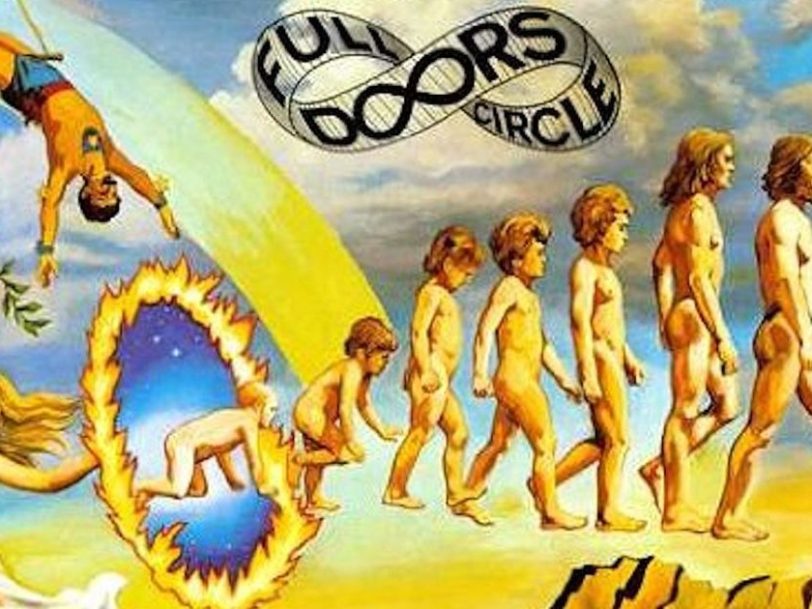 The three remaining members of The Doors made a difficult decision to continue following the death of their frontman, Jim Morrison, but – at least initially – any criticism they received only made them stronger. Indeed, the Top 40 success of their first post-Morrison album, 1971’s Other Voices, boosted the band’s confidence and suggested they’d earned another roll of the dice with the following year’s Full Circle.

“Our fans were still there to support us”

“Nowadays, people discuss the post-Jim Doors with the attitude, ‘What were they thinking?’” guitarist Robby Krieger wrote in his recent memoir, Set The Night On Fire. “But at the time, it made sense to write songs. It made sense to record. Our label was behind us all the way. Our critics gave us kudos. Our fans still turned up and enjoyed themselves. We were having fun. Why not keep it going?”

In retrospect, Krieger’s logic is hard to dispute. Without their iconic frontman, Krieger, keyboardist Ray Manzarek and drummer John Densmore knew they couldn’t compete in rock’s premier league, but they still had a sizeable fan base to service. They’d sold out venues such as the Hollywood Palladium and New York City’s Carnegie Hall while touring Other Voices, and that reinforced a collective belief that they still had a future together as a band.

Accordingly, the trio set about working on their second post-Morrison opus, Full Circle, during the early part of 1972. This time around, however, they moved outside their comfort zone, shifting operations from their rehearsal space on Los Angeles’ Santa Monica Boulevard – the birthplace of the LA Woman and Other Voices albums – to Hollywood’s A&M Studios, and even cutting loose from long-term engineer and co-producer Bruce Botnick.

“The guys wanted to work with other musicians”

Speaking to Uncut magazine in 2015, Botnick said he couldn’t remember whether the band had asked him to be part of the sessions or not, but he admitted that it felt like the right time to part ways. “The guys wanted to have a chance to work with some other musicians,” Botnick recalled. “As they went into Full Circle, they took that extension even further.”

To replace Botnick, The Doors hired Henry Lewy, famous for his work with Crosby, Stills & Nash and on Joni Mitchell classics such as Clouds and the recently released Blue. In turn, Lewy brought in renowned jazz saxophonist Charles Lloyd, along with session aces such as bassist (and former Flying Burrito Brother) Chris Ethridge and backing vocalists Clydie King and Venetta Fields.

As with Other Voices, Manzarek and Krieger shared most of the lead vocal duties. Material-wise, Full Circle was also an extension of Other Voices, with the band zigzagging between straight-ahead barroom rockers (Get Up And Dance, the Roadhouse Blues-esque Good Rockin’) and more intricate, jazz-infused cuts such as 4 Billion Souls and The Peking King And The New York King.

With songs such as the low-riding groove of Verdilac and the sultry The Piano Bird, Full Circle also suggested The Doors could still conjure magic, even without their talismanic vocalist. Not only that, but the album even went on to bequeath a sizeable European hit, thanks to Robby Krieger’s The Mosquito – a quixotic slice of Mariachi-fuelled daring which lurched from pop to smoking jazz-rock as though it was the most natural thing to do.

“In some parts of the world, it’s one of our most covered songs”

Inspired by a trip Krieger and his wife, Lynn, took to Baja, Mexico, on the Sea Of Cortez, where the couple were serenaded by some dextrous local musicians, The Mosquito derived from one of the traditional Mexican tunes the guitarist heard during their stay.

“They had a song about a mosquito I wanted to learn, but when I got home I couldn’t quite remember it… so I wrote my own Mariachi-sounding tune with simple Spanish lyrics about a mosquito,” Krieger wrote in Set The Night On Fire. “Not too many Doors fans in America are familiar with The Mosquito today, but in other parts of the world, it’s one of our most covered songs after Light My Fire.”

Able to hold its own among one of the best Doors songs, The Mosquito had a surprisingly broad appeal. Not only was it popular in Hispanic territories, but it also went Top 30 in Austria, Germany and the Netherlands. The song even spawned a French-language version, Le Moustique, by American-French singer-songwriter Joe Dassin, which went Top 10 in France in 1973.

“It was destined to end”

Despite The Mosquito’s performance, Full Circle enjoyed only modest success, peaking at No.68 on the Billboard 200 following its 15 August 1972 release. Though by no means disastrous, the album’s lack of chart penetration nonetheless marked the beginning of the end for The Doors.

“We kept touring through 1972 and our shows still drew several thousand people each night,” Krieger recalled. “We even returned to Florida for the first time since the Miami incident [of 1969, in which Jim Morrison allegedly exposed himself in public] and there was a two-mile-long traffic jam leading to the venue…

“But it was destined to end,” the guitarist concluded. “After the initial grace period [following Morrison’s death], our egos were clashing… and our individual visions of where the band was headed musically were incompatible. The only thing we had going for us in the end was that our fans were still there to support us, for which we’ll always be deeply grateful.”