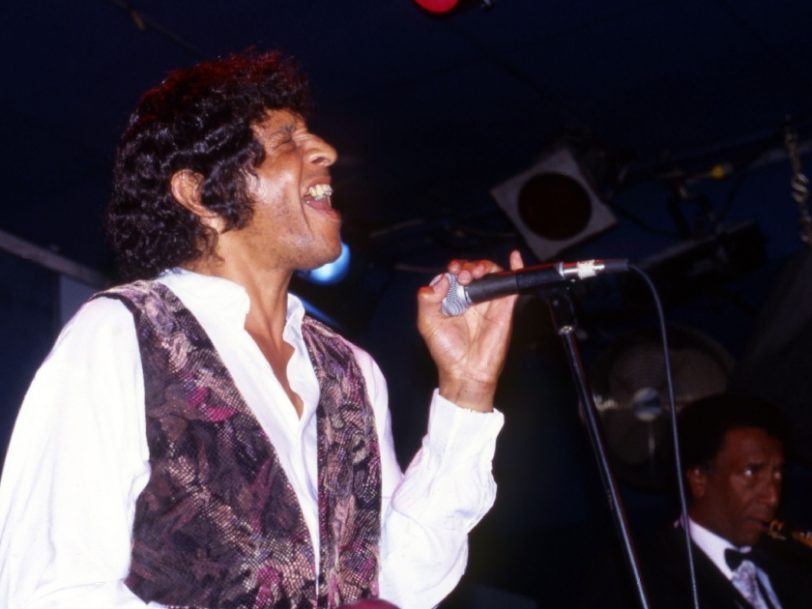 Arthur Lee’s band Love, one of the first racially diverse US rock groups, were well known around Los Angeles when they went in to record their self-titled debut album at Sunset Sound Recorders studio in Hollywood in late January 1966.

The album’s 14 tracks, mostly recorded over three action-packed days, capture the energy and spirit of a band that lead guitarist Johnny Echols described as a “really, really loud, brash, guitar-driven group with a distinct ‘live’ sound”.

Rising stars of the 60s

Lead vocalist Arthur Lee Porter, who was born in Memphis on 7 May 1945, moved with his family to Los Angeles when he was a child. He and Echols became friends and bandmates in their teenage years, playing Hollywood clubs such as The Brave New World, where they teamed up with Bryan MacLean, a rhythm guitarist who had been a roadie for The Byrds. For a time, they called themselves The Grass Roots but changed that name because of a clash with a band called Grassroots. Lee said he was driving his car when the name Love came to him, and it seemed to sum up the psychedelic atmosphere of the time.

Jac Holzman, president of Elektra Records, was told about the band by Herb Cohen, the manager, at different times, of Linda Ronstadt, Frank Zappa, Tim Buckley and Tom Waits. Holzman was impressed by the crowds the band was able to draw at venues such as the Whisky A Go Go, and – along with producer Mark Abramson – co-produced their debut album.

Love, who also featured Ken Forssi on bass guitar and Alban “Snoopy” Pfisterer on drums, brought with them very eclectic influences in music – their various tastes included show tunes, the jazz of John Coltrane, the country music of Hank Williams, the soul of James Brown and the rock’n’roll of Little Richard and Chuck Berry – and they wove their influences into an interesting tapestry on Love’s self-titled debut album: a mixture of sounds that Echols called “loud, raucous, minimalist rock”.

The album opened with My Little Red Book, written by Burt Bacharach and Hal David, and a song which had been a hit for Manfred Mann in 1965, when they recorded it for the film What’s New Pussycat? Though the composers did not like Love’s version, the public responded well when Elektra released it as a single in March 1966, with Lee’s own song, A Message To Pretty, as the B-side. One of the best Arthur Lee and Love songs, My Little Red Book entered the Billboard single charts that month and eventually peaked at No.52 in June. Also released in March 1966, Love’s debut album contained a vibrant cover of Hey Joe, several months before Jimi Hendrix released his own cover of The Leaves’ track.

A Message To Pretty was one of seven songs solely written by Lee. The others were My Flash On You, No Matter What You Do, You I’ll Be Following, Gazing, Signed DC and Colored Balls Falling. Signed DC was Lee’s tribute to the band’s former drummer, Don Conka, who had been replaced by Alban “Snoopy” Pfisterer. There were no drums on that track, just a tambourine played by Lee on a soulful song.

“Arthur Lee is an artist, man”

“Snoopy” was a nickname that came from Pfisterer’s musician father, an acquaintance of Charles Schulz, the cartoonist and creator of the comic strip Peanuts. Pfisterer said that Love’s debut album was his favourite of the band’s records, recorded as it was when the musicians were a cohesive group. He enjoyed working with Lee, who also played drums on four tracks, and praised his harmonica skills. “Arthur gets a strange sound out of the harmonica. He is an artist, man, he used to walk around with that harmonica trying to imitate birds. He was a trip,” said Pfisterer.

Bassist Forssi, a former member of The Surfaris, replaced John Fleckenstein just before the album was recorded. The pair were friends and actually co-wrote with Lee the track Can’t Explain. The most collaborative song on Love’s debut album was the wonderfully moody ballad Mushroom Clouds, which was co-written by Lee, Echols, Forssi and MacLean. The musicians were close at the time, living in a communal home in Laurel Canyon, in a house that had once belonged to Dracula film star Bela Lugosi.

MacLean sang lead vocals on Hey Joe and his own composition Softly To Me, and he brought his own skill set to the band. “Bryan was a great musician, a great writer,” said Lee. MacLean and Lee collaborated on the album’s closing track, And More, which completed a 36-minute record that eventually went on to sell more than 150,000 copies and cement the band’s reputation as one of the rising stars of the 60s music scene.

Check out our best Arthur Lee and Love songs to find out which of Love’s debut album tracks still demand adoration.