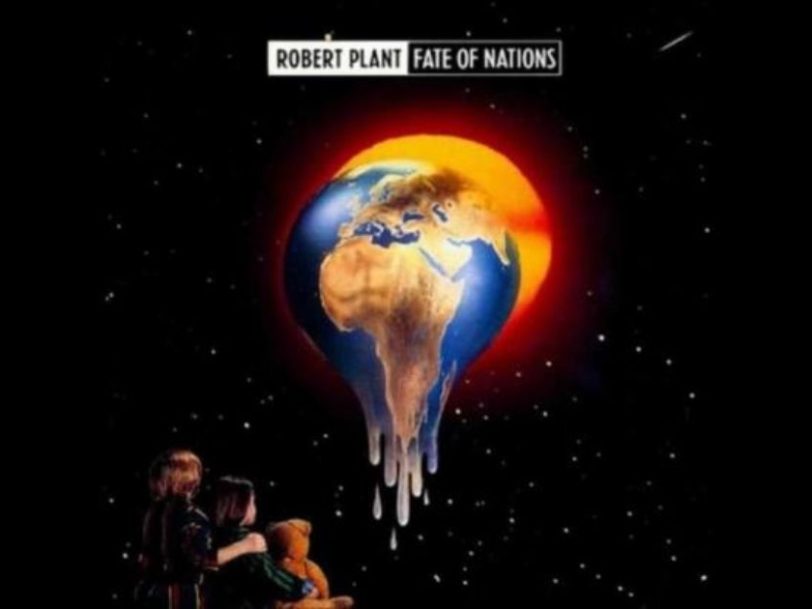 ‘Fate Of Nations’: How Robert Plant Found His Groove

Robert Plant has described his 1993 album, Fate Of Nations, as “a turning point” in his career, and it’s not hard to hear why. Confident, soulful and dynamic, the ex-Led Zeppelin frontman’s sixth solo record is a powerful, filler-free release which includes some of his most consummate vocal performances and remains right up there with the best of his work.

Listen to ‘Fate Of Nations’ here.

In retrospect, Plant would be the first to admit it took him a while to realise music of such depth and assurance following Led Zeppelin’s demise. His initial solo titles such as The Principle Of Moments and Shaken ’n’ Stirred flirted with quirky new wave pop and took care to tread a wholly different path from what had come before, though by the time of 1988’s Now And Zen and 1990’s gleefully heavy Manic Nirvana, Plant had clearly begun to make peace with his distinguished past.

“I was going back to turning-point artists in rock”

However, while Manic Nirvana in particular provided panacea for long-term fans who associated their hero with his trademark hard-rock highs, Plant was again eager to strike out for pastures new in the early 90s. Indeed, he planned something much broader in scope for Fate Of Nations.

“Manic Nirvana was quite an aggressive, abrasive, agitated collection of songs, but I don’t feel quite as animated this time round,” he said in an interview on LedZeppelin.org.

“From the very beginning of this project, around January 1991, right after the Manic Nirvana tour, I knew what I was going to do: go back into my past, listening to [Moby] Grape, the [Jefferson] Airplane, Tim Hardin, Quicksilver [Messenger Service], Traffic and other turning-point artists in rock.

“These people were trying to tell the listener something,” he furthered. “joining various sonic traditions, with the sense of a quest being insinuated and bandied in their acoustic and electronic themes.”

Plant needed dextrous musical foils to help realise a record with the sort of richness and diversity he sought, and he already had the nucleus of his group in place: bassist Charlie Jones and keyboard player Phil Johnstone had been with him since Now And Zen, and they again played important roles in the making of Fate Of Nations.

Also on hand to guide the sessions was ex-Adam And The Ants drummer/producer Chris Hughes (who had previously helmed Tears For Fears’ multi-platinum Songs From The Big Chair), while Plant called upon illustrious guest stars such as Richard Thompson, in-demand violinist Nigel Kennedy and Clannad vocalist Maire Brennan to make telling contributions where required.

Together, his all-star team created something truly substantial with Fate Of Nations. Plant celebrated the troubled singer-songwriter Tim Hardin, one of the artists who still turned him on, with a poised and heartfelt cover of If I Were A Carpenter, and freely acknowledged his past on the wailing, bluesy Promised Land and the swirling, Kashmir-esque Calling To You, but for the most part Fate Of Nations was firmly rooted in the here and now.

“Plant’s achievements are only improving with time”

Tracks such as Down To The Sea and the Richard Thompson-enhanced Come Into My Life were layered, edgy, contemporary-sounding rock workouts which revealed hidden depths with repeated listens, while the sparser songs – not least the Celtic-tinged Colours Of A Shade – offered Plant all the space he needed to turn in some of his most finely-wrought vocals.

Indeed, he was in enviably fine form throughout, weighing in with especially electrifying performances on the strutting 29 Palms and the soaring anthem I Believe. Easily among the best Robert Plant songs, and arguably Fate Of Nations’ creative high point, the latter track was especially poignant for Plant as it was his personal tribute to his young son, Karac, who died from a viral infection in 1977. He delivered his contribution with both warmth and dignity.

By accident rather than design, expectations for Fate Of Nations were further heightened as the album appeared in the shops just weeks after Plant’s former Led Zeppelin colleague Jimmy Page returned to the fray with Coverdale • Page, his self-explanatory collaboration with Whitesnake frontman David Coverdale.

Inevitably, Coverdale • Page attracted a lot of attention, but Fate Of Nations more than held its own following its release on 25 May 1993, peaking at No.6 in the UK and going gold in the US. Rolling Stone’s review of the album was especially cogent, praising its “eloquent means of expression” while observing that “Plant’s technical achievements alone attest that some of rock’s greatest performers are, like any legendary vintage, only improving with time.”

“I definitely had a groove”

Plant himself was satisfied that he’d been able to fashion a beautifully-crafted album that reflected where he was as an artist at that moment in time. Though he still felt conflicted over being a solo artist, he later acknowledged to Louder that, “If it was about being comfortable, there wouldn’t be any point in being creative. I just needed to keep good company and, bit by bit, I made my way into that…

“So you grow into the person you didn’t know you were going to be,” he continued. “I found myself developing into this other guy instead – not complacent, but I definitely had a groove.”