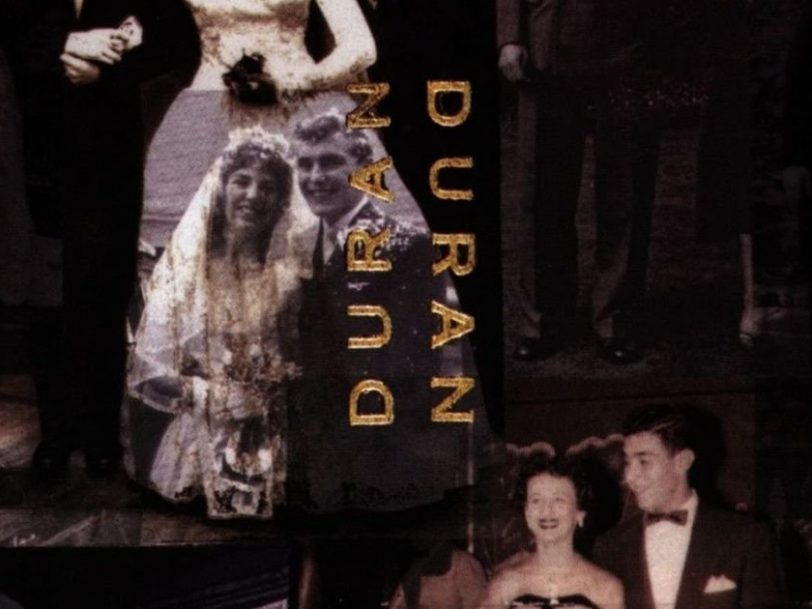 Why Duran Duran’s “The Wedding Album” Kickstarted An Enduring Union

The success of Ordinary World and ‘Duran Duran’ (aka ‘The Wedding Album’) in 1993 secured the band’s future at a critical moment.

Pop’s great survivors faced an uncertain future at the dawn of the 90s. Duran Duran’s first album of the decade, 1990’s Liberty, had gone Top 10 in the UK, but hadn’t capitalised on the group’s US success. With the home charts increasingly consumed by rave and Manchester-inspired dance-rock, and the R&B and hip-hop revolution in full (new jack) swing stateside, all but the holy trinity of 80s titans (Madonna, Prince and Michael Jackson) seemed set on a course towards public indifference. With their self-titled album of 1993 (aka “The Wedding Album”), Duran Duran had to prove they remained contenders on both sides of the Atlantic.

“‘The Wedding Album’ is one of our most important”

Relations within the band were strained, too. Drummer Sterling Campbell had recently left for a lucrative tour with David Bowie, while bassist John Taylor was in a battle against personal problems. The glory days of fan hysteria and global-hit albums such as Rio and Seven And The Ragged Tiger may have seemed impossible to recapture.

Salvation came, however, from that window of uncertainty. In a bid to save money, the four-piece (now including guitarist Warren Cuccurullo) passed on expensive recording sessions and chose to start work at Cuccurollo’s home studio. What emerged from the more relaxed environment is a 13-song monument to the magic of how a great song can transcend any market trend. With what became known as “The Wedding Album”, Duran Duran put themselves beyond the reach of passing fancies and established themselves as pop-rock icons, guaranteed an audience whatever the prevailing musical tide.

Ordinary World, the timeless ballad with lyrics about the death of a close friend, penned by lead vocalist Simon Le Bon, is routinely billed among the best Duran Duran songs, and it emerged relatively early in the writing cycle for “The Wedding Album”. Released as the album’s lead single, its explosive performance (No.6 in the UK and an even more spectacular No.3 in the US) created a buzz around the band perhaps not truly witnessed since the mid-point of the 80s. But it is far from the only great song on the record. Second single – and a late addition to the tracklist – the sturdy, midtempo Come Undone, is another familiar radio staple that really helped fuel “The Wedding Album”’s performance following its release, on 11 February 1993.

The charming Breath After Breath, recorded with Brazilian singer-songwriter Milton Nascimento, has the sort of melancholic melodic lift you might find on an a-ha record, but there’s a masculine funk-rock edge to many of the other tracks, such as the album’s choppy, final UK single, Too Much Information, and Love Voodoo.

Duran Duran’s interest in funk and dance, best accentuated by Nile Rodgers on his production of the band’s 1986 album, Notorious, is revisited with the excellent UMF, the solid To Whom It May Concern and short but snappy Shotgun. Drowning Man, issued as a dance single stateside, is another robust, hooky assault on the senses that sits in contrast to, say, the cover of The Velvet Underground’s Femme Fatale – a gorgeous, melodic treat that may have inspired the band’s next studio project, the covers album Thank You, which came out in 1995.

“This became a turning point for us”

The single that should have been is None Of The Above, a bass-heavy ode to self-discovery and empowerment, with one of “The Wedding Album”’s strongest melodies. And while the synths that helped make the band famous are somewhat muted on the record, they make an urgent interruption on the fantastic Shelter, perhaps the only track that might have been recorded by the band during its untouchable year of 1984. Closing the album, Sin Of The City contains a compulsive vocal hook and, at more than seven minutes, is a lengthy end to an otherwise tight work, determined to flex its musical muscle and showcase the band’s sturdy command of their craft.

The stateside fuss around Ordinary World (it was calculatingly leaked to radio by the band’s label and immediately seized upon by programmers) just built and built, giving Duran Duran the platform they needed. “This became a turning point for us,” keyboardist Nick Rhodes later reflected. “Certainly, ‘The Wedding Album’ is one of our most important because, during that period, Duran Duran may not have survived had we not got through that record.”

Almost three decades and four million sales later, it’s clear that “The Wedding Album” marked the start of an enduring union between the public, critics and the band. It was very much a case of everyone remembering why they’d fallen in love with Duran Duran in the first place.

Find out which “The Wedding Album” tracks continue to endure among our best Duran Duran songs.