Daft Punk, the French electronic music duo formed in the 1990s, are well known for their countless hits combining elements of techno, funk, disco, rock and house music to craft a new type of electronic dance music. Having collaborated with everyone from Pharrell Williams to Chic’s Nile Rodgers, The Weeknd and The Strokes’ frontman Julian Casablancas, and soundtracked Tron: Legacy, the 2010 sequel to the cult 1982 movie Tron, they not only led a revolution in dance music, but have pervaded all corner of popular culture. Not bad for a group that took named themselves after a comment in a negative review.

At 17 years old, Thomas Bangalter and Guy-Manuel De Homem-Christo formed a rock band called Darlin’ – named after a 1967 Beach Boys hit – with future Phoenix guitarist/keyboardist Laurent Brancowitz. A Melody Maker critic dismissed them as “daft punky thrash”, having no idea this would spark a French house movement that would change the pop culture landscape for good. Darlin’ disbanded, leading Bangalter and De Homem-Christo to discover a different kind of scene after attending a rave on a rooftop in Paris’ Beaubourg district. It was this moment that Daft Punk formed, ready to explore a new sound and conquer mainstream popular dance music for decades.

In September 1993, Daft Punk attended a rave where they gave a demo tape of their debut single, The New Wave, to Stuart Macmillan, one half of Glaswegian production duo Slam and co-founder of Soma Quality Recordings. Quickly growing in popularity through singles such as Da Funk, and gaining a live following thanks to their outrageous live performances, the duo signed a deal with Virgin Records, retaining creative freedom with a vision of a bright future ahead.

Uninterested in fame – or even being recognised – Bangalter and De Homem-Christo focused on generating high-quality electronic music that spoke for itself while covering their faces with a variety of cheap shop-bought masks during interviews and photoshoots. Stoking the mystique, Daft Punk continued to grow in popularity through highly acclaimed live performances in which Bangalter created unique, powerful basslines from the buzz of a turntable mixer’s wire. The duo were also known for incorporating various musical styles into their sets, leading them to complete their debut album, Homework, which UK dance magazine Muzik greeted as “one of the most hyped debut albums in a long long time”.

Not yet the gold and silver robots they would evolve into, Daft Punk released their long-awaited debut album on 17 January 1997. Homework perfectly encapsulates how the duo’s love for music and technology led to their producing top-grade music in their bedrooms. With full creative control, Daft Punk did what they did best: generating varied and energetic dance music that brought worldwide attention to French house music.

The use of sampling, looping, keyboard and bass hardware, vocoders and drum machines crafted a unique, heavy analogue sound that’s difficult to emulate with today’s modern music technology. Homework has a massive weight to it, with a certain rawness to its musicality and feel. This is perhaps because De Homem-Christo and Bangalter composed every song on the album for live performances. It’s almost as if Daft Punk re-imagined their live set for an album that could potentially bring house music to the masses. However, dance music was doing fine at the time; what Homework did was introduce something far better: the unrivalled sound of Daft Punk.

Introducing the complexities of the duo’s music, from the gritty hit that is Da Funk to the noisy, aggressive Rollin’ & Scratchin’ and the more disco-influenced and mainstream chart-topper Around The World, Homework shook up the 90s, bringing new energy and an unparalleled sound to electronic dance music. The album immediately propelled the duo from underground artists into mainstream pop culture, with pop stars such as Madonna, George Michael and Janet Jackson queuing up to work with the duo. The answer was always a polite no, but Daft Punk had something new up their sleeves for their second album.

Two decades after its release, Discovery remains arguably one of the most influential electronic dance records of all time. After catching the millennium bug, Daft Punk reinvented themselves as the robots we know and love, creating a retro-futuristic sound that turned them into one of dance music’s most iconic acts. With their second album, Daft Punk explored a free-flowing sound that expanded their sound beyond their Chicago house roots to include shades of the 70s and 80s pop, funk and disco music that inspired them.

As well as raiding their own live recordings for source material, Daft Punk openly sampled their childhood influences on Discovery. The blend of original and second-hand sounds perfectly captured the essence of Daft Punk, proving exactly what the duo were commercially capable of. Not that this was their intent. Discovery redefined house music for the 21st Century, blending funk loops, distorted rock arpeggios, filtered synths and samples with catchy vocoder melodies as well as contributions from the likes of DJ Sneak, Romanthony and Todd Edwards.

The album begins with the irresistible One More Time, immediately gripping the listener for the voyage that is this iconic album takes them on. As Discovery progresses, Daft Punk show their musical power on tracks such as Aerodynamic and Harder, Better, Faster, Stronger, as well as their more romantic side with songs such as Something About Us and Digital Love. Together, the pair tear down the unwritten rules of house music to illustrate an open-minded yet intricately thought-out approach to electronic dance music-making.

Discovery was also reimagined in 2003 as an animation, Interstella 5555: The 5tory Of The 5ecret 5tar 5ystem, developed in collaboration with the Japanese mangaka Leji Matsumoto. Envisioning the abduction and rescue of an alien pop band, the story was a continuation of the one told in the music videos for One More Time, Aerodynamic, Digital Love and Harder, Better, Faster, Stronger. Complete with an anime-style narrative, it reached new types of audiences and fans, ensuring that the legendary Discovery stood the test of time: Daft Punk weren’t just creating catchy dance music, they blended fiction with reality, pushing the boundaries for electronic music.

Discovery would go on to massive commercial success and solidify Daft Punk as lucrative artists. With has something for everyone, it successfully paid homage to the music that inspired Daft Punk in the first place, while inspire future music-makers such as Kanye West, who sampled Harder, Better, Faster, Stronger for his own 2005 hit, Stronger, and Gorillaz, who adopted Daft Punk’s sound for their single DARE (while also lifting crowd noise from Homework’s Revolution 909 for the track).

Following the success of Daft Punk’s incredible bedroom masterpieces, fans and critics speculated as to what they would do next. Not ones for conforming to expectations, Daft Punk followed Discovery with 2005’s Human After All. In refusing to adhere to the sound and recording process of their previous albums, many considered it a rebellious record. This was true. Instead of spending years crafting a follow-up, the duo recorded the album in a mere two weeks, proving that the retro-futuristic robots were, indeed, human after all. But as Thomas Bangalter told Mixmag in 2001: “We create our own rules, so everyone can create their rules, which means there are no rules anymore.” Daft Punk’s Alive tour – and the Alive 2007 album, recorded at Paris’ Palais Omnisports De Paris-Bercy in the summer of 2007 – saw them break even more rules in the live arena. The group have always been punk in their approach to the music business – rightly so, expressing their music freely without adhering to or getting controlled by others.

After a hefty eight-year gap, during which the Tron: Legacy soundtrack proved they were just as adept at scoring for the cinema as they were filling the dancefloor, Random Access Memories dropped. An album that no one quite expected from Daft Punk, it was one everybody needed. Random Access Memories saw the duo flee from electronic music and, instead of paying homage to late 70s and early 80s disco, they re-contextualised it for the modern era. Collaborating with Chic’s legendary bassist, Nile Rodgers, and Pharrell Williams on Get Lucky, the duo proved they could find commercial success in an entirely new, almost anti-Daft Punk way. The album featured wondrous instrumental jams such as in Giorgio By Moroder (featuring a monologue from Italian electronic music pioneer Giorgio Moroder) and Give Life Back To Music, which allowed their music to breathe once more.

Love them or hate them, there is no denying Daft Punk’s remarkable talent and vision. They have successfully taken electronic dance music to new realms and evolved it through their discography for others to do the same. Along the way, they have inspired many great artists to expand the genre further, leading to a point where electronic dance music now more fluid than ever. Consistently driving change and development, the robot-rebels have remained musically unpredictable, leaving an iconic legacy for the ages.

On the 22nd February 2021, Daft Punk announced they have split. They broke the news through an 8-minute video entitled “Epilogue”. No reason for the break up was given. 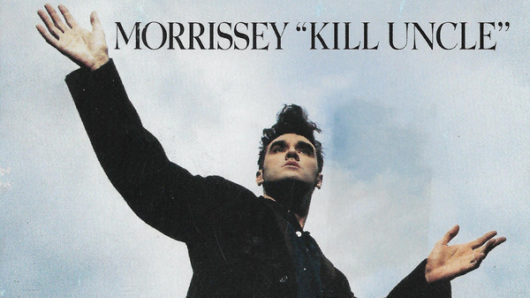 Described by Morrissey as an ‘orphaned imp’ of an album, ‘Kill Uncle’ deserves a loving home and some much-needed affection.

Chris Rea Songs: The 30 Best Tracks For The Open Road

With smooth guitar riffs and a huskily laidback drawl, the best Chris Rea songs put him on a road to glory as a bittersweet blues-rock hero.