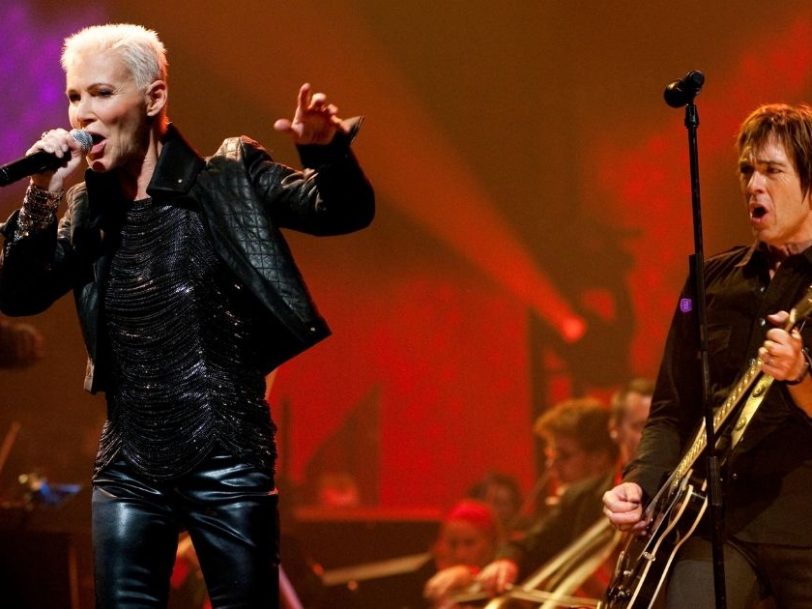 Best Roxette Songs: 10 Tracks To Take You On A Joyride

From pure pop thrills to intense balladry, the best Roxette songs put the Swedish duo on the map with ABBA and Robyn.

Sweden. Not bad at pop music, is it? From ABBA to Robyn, Army Of Lovers to The Cardigans, millions upon millions have been enthralled by that nation’s knack for classy, catchy pop. And, as the best Roxette songs prove, the duo of Per Gessle and the late Marie Fredriksson are among the most beloved Swedish groups of all.

Prior to Roxette, Fredriksson and Gessle were both established musicians (she as a solo artist and part of Sweden’s punk insurgency; he also as a solo artist and a frontman for Gyllene Tider). But it was only when the two friends got their heads together to create Roxette that true pop genius and enormous international success followed. Gessle’s and Fredriksson’s dual vocals are like oil and vinegar on a salad – they don’t exactly mix, but, by god, they taste good together.

Over ten albums, Roxette have spoiled us with pure pop thrills; they have also moved us with their intense ballads. And, just occasionally, if you’re looking for weirdness, Roxette will go there, too. As their greatest-hits album put it: don’t bore us, get to the chorus! Here, then are the best Roxette songs of all time…

Listen to the best of Roxette here, and check out our best Roxette songs, below

Electronic and lush, Gessle and Fredriksson channel the spirit of Ray Of Light-era Madonna for one of Fredriksson’s personal career highlights (“It’s a very special song to me. One of my all-time favourite Roxette songs. I never get tired of this,” she said in 2000). Wish I Could Fly was Roxette’s final UK hit, and a fine way to say goodbye to a country that embraced them so wholeheartedly. And, for the real Roxette nerds, there’s a Spanish-language version (Quisiera Volar) out there, too.

Look Sharp! was Roxette’s international breakthrough album and, with tracks as good as this –released in the UK as a double-A-side with Listen To Your Heart – it’s so easy to see why. Ridiculously infectious, and pounding the lyrical ground of Gessle’s favourite subject (a brilliant, unobtainable, independent woman), Dangerous was, bizarrely enough, originally written for Miami Vice actor Don Johnson to sing.

A big Swedish hit but criminally unknown elsewhere, Neverending Love was Roxette’s debut single, and it has a link to an earlier 80s sound (think Laura Branigan). The single’s artwork is unusual: Gessle and Fredriksson were uncharacteristically shy and asked not to be on the cover, so an old-style Hollywood illustration was used instead. (Even on the front of their debut album, Pearls Of Passion, the two look more like a subdued indie duo than the colourful pop behemoths-in-waiting they clearly were.) Long established among the best Roxette songs, Neverending Love has been a fan favourite since its release.

“Hello, you fool, I love you” – what an opening line! Knocks The Doors’ “Hello, I love you” into second place. Apparently, this immortal phrase was written by Per Gessle’s girlfriend in a note left for him on his piano. Elsewhere, Joyride’s lyrics reflect I Am The Walrus-style kidding about, and there are some notable Beatles-like guitar tics, too – appropriate, as the song’s title was inspired by the way Paul McCartney described working with John Lennon as a “joyride”.

Proving they could adapt and effortlessly ingest new trends (but spit them out in a way that’s pure Roxette), the electro-pop The Centre Of The Heart was a somewhat unexpected late-period hit in Sweden. Comes with an expensive video from fellow Swede and long-term collaborator Jonas Åkerlund.

Per Gessle knew what he was after with this one. He called it “the big bad ballad” and said he was “trying to recreate that overblown American FM-rock sound to the point where it almost becomes absurd. We really wanted to see how far we could take it.” Job done: Listen To Your Heart reached No.1 in the US.

The Tourism album is an example of Roxette’s style of experimentation: rather than fiddle with abrasive sonic or production techniques, the duo were more likely to set themselves interesting tasks or shake up their ways of writing and recording. Subtitled Songs From Studios, Stages, Hotelrooms & Other Strange Places, the album was recorded in various venues and impromptu studios. The Tourism version of So Far Away is gorgeous – Roxette at their most ABBA-esque – and was recorded in a Buenos Aires hotel room.

Lurking on a B-side – and titled as a “demo version”, though it sounds way more polished than that – Don’t Believe In Accidents dates from 1988 and was eventually given a wider release as part of the expanded version of Look Sharp! It’s one of the more subtle contenders among the best Roxette songs – perhaps that’s why it was passed over for inclusion on the album’s first release.

Roxette’s first international hit – and with the single greatest use of silence since John Cage’s 4’33 – The Look is a stone-cold classic. It’s also surprisingly modern in its lyrics: playing with gender and upending feminine norms (“… walking like a man/Hitting like a hammer”), if anything, it sounds even better today. It was also apparently inspired by ZZ Top. Every man’s crazy ’bout a sharp-dressed girl!

It must have been this, right? Starting life a few years earlier as a Christmas song (with the subtitle Christmas For The Broken Hearted), It Must Have Been Love got a new lease of life when it was included on the Pretty Woman soundtrack – and global success followed. Fredriksson’s vocal is subtle and pained, melancholy and not overblown (when, with this subject matter, it would have been very, very easy to do the opposite). An enduring power ballad, it easily tops our list of the best Roxette songs.

Looking for more? Check out our best 80s songs.