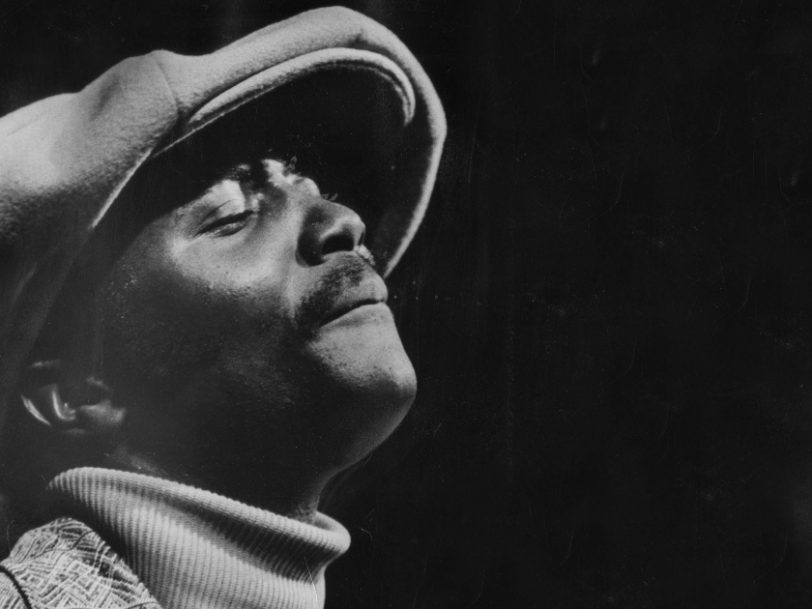 The late Donny Hathaway is a soul legend, his huge influence acknowledged by stars who aspire to his fluid, deeply heartfelt way with a song. His ability to connect with generations of fans is all the more remarkable when you realise that he released only three solo studio albums in his all-too-brief time on Earth. But while his soulfulness was beyond doubt, to call him a soul singer places limits on an artist who didn’t recognise musical boundaries. As the best Donny Hathaway songs prove, his vision was not restricted to any genre. He was influenced by (and worked with) Curtis Mayfield, for example, but he also felt an affinity for Debussy and other classical composers. He wrote a laudably authentic soundtrack for a movie set in the 30s, and his albums saw him straddling sweet soul, gritty funk, gospel music and contemporary jazz. Donny Hathaway could do it all.

An icon of 70s Black music, Hathaway, who was born on 1 October 1945, studied music at Howard University, in Washington, DC, as well as playing sessions in his Chicago hometown and working as a producer at Curtis Mayfield’s Curtom Records. Donny signed to Atlantic’s Atco label in 1969, released his debut album a year later, followed it up with a second in 1971, and issued his final solo album in 1973. There was also 1972’s Live, frequently lauded as one of the greatest live albums of all time.

That year also saw the release of the duets record Roberta Flack & Donny Hathaway, which sold a million copies; this inspired musical union with the elegantly soulful Flack was the principal way the wider world became aware of Hathaway’s talent. But there was much else to investigate: earlier duets with June Conquest; sessions for Phil Upchurch’s two remarkable rock-influenced late-60s albums for Cadet; Hathaway’s wonderful seasonal song, This Christmas; production work for Jerry Butler and Voices Of East Harlem. Hathaway was even a key contributor to a pioneering Moog synthesiser album, Moogie Woogie, credited to The Zeet Band. Little wonder that stars as diverse as Justin Timberlake, Stevie Wonder and Amy Winehouse, who namechecks the singer on Rehab, declared their love for this remarkable musician.

Perhaps the one person in the music business who didn’t fully appreciate Hathaway’s brilliance was Donny himself. He suffered a long struggle with mental health, was diagnosed with schizophrenia, and is frequently described as “troubled”. His illness eventually put an end to what appeared to be a promising return to form in the late 70s, while he was recording a second album with Roberta Flack and working on sessions of his own in New York City. Hathaway fell to his death from a 15th-floor hotel window, on 13 January 1979. He was just 33.

To celebrate a career cut tragically short, here are the ten best Donny Hathaway songs. His soul is heard in every one.

An unfussy Latin-funk groove. A sense that everything is just flowing. The vocals are mostly asides and wordless expressions, yet Hathaway’s 1969 debut release for the Atco label transmits more about the pains and joys of ghetto life than any number of learned essays and heated discussions could convey. Co-written by fellow young Chicagoan soul talent Leroy Hutson, who released his own version in 1974, The Ghetto still rings with authenticity more than half a century later.

Continuing in the tradition of lovey-dovey male-female soul duets that dated back two decades, in the early 70s Donny teamed up with fellow Howard University alumnus Roberta Flack, cutting a string of hits and the 1972 album Roberta Flack & Donny Hathaway. One of the best soul songs of the era, Where Is The Love seemed to fit everywhere: it went No.5 pop in the US and achieved the rare feat of topping both the easy listening and R&B charts. Sophisticated yet soulfully relaxed and highly memorable – bet you can hear it in your head right now.

Hathaway could sing like a bird, but, wow, could he play piano. This glorious instrumental reveals another side of Hathaway’s music: a jazzy, highly melodic jazz-funk tune, it graced his final studio album, 1973’s Extension Of A Man. The previous year, Hathaway had produced a fine version for the Reprise-signed Bay Area funk and fusion group Cold Blood, and in 1977 the song became far better known when George Benson cut it for his multi-million-selling second album for Warners, In Flight. But Valdez In The Country had history: Hathaway had originally written it for sax star King Curtis, who released his version in 1969, calling it Patty Cake.

Donny’s final hit, performed in tandem with Roberta Flack, scored with fans of club soul on both sides of the Atlantic, but Hathaway never lived to see its success. Released posthumously but immediately taking its place among the best Donny Hathaway songs, Back Together Again’s stately, polished, yet convincing groove reveals that Hathaway was clearly musically equipped for the changes soul music was going through – but, tragically, he could not cope with the changes he himself was experiencing. It remains a delightful and adored record.

Another Donny Hathaway classic that worked for other artists: Roebuck “Pops” Staples delivered Tryin’ Times as a blues; Roberta Flack cut it as a gospelling jazz message. However, the version on Donny’s must-hear debut album, Everything Is Everything, pumped up the groove, making it more uptempo and soulful. It has a killer bassline, too, as heard on the other versions – but not with such a deep-rolling swing.

5: The Closer I Get To You (Roberta Flack, featuring Donny Hathaway) (from ‘Blue Lights In The Basement’, 1977)

Hathaway’s troubles with mental health had slowed his progress through the mid-70s, so his admirers were delighted to hear him back on musical form and finding success again with his old musical partner Roberta Flack on this tender ballad. Flack had intended to tackle The Closer I Get To You solo, but her then manager, David Franklin, suggested bringing in Hathaway. The result was a massive hit that easily ranks among the best Donny Hathaway songs.

Penned by Ed Howard and the percussionist in Hathaway’s band, Earl DeRouen, this gloriously optimistic yet realistic song became something of an anthem for the singer. It inspired Dr Dre, Snoop Dogg and Daz Dillinger’s Lil’ Ghetto Boy, and, in contrast, a sizzling version by jazz organist Charles Kynard, among others. Hathaway cut a version that appeared on the Come Back Charleston Blue soundtrack, but we’ve gone for the unbeatable take from his Live album.

More lush male-female soul, but the feeling is different from the single’s A-side, which was an interpretation of You’ve Lost That Loving Feeling. Those who bought the single – and it was a US pop hit – and played the B-side may have been shocked by Be Real Black For Me’s expression of Black dignity, identity and powerful passion. The message still resonates.

Acclaimed by some critics as the best Christmas song by a Black artist, This Christmas sees Hathaway make the task of bringing the holiday spirit to soul music seem a simple one. Released in 1970 and still tickling the tinsel today, you’d be hard pressed to find a more sparkling example of soulful yuletide cheer.

Now regarded as Hathaway’s testament, Someday We’ll All Be Free has won the status of a soul hymn for Black freedom. As such, it’s attracted numerous covers, including those by Ben E King And Average White Band (1977), Aretha Franklin (1992) and Bobby Womack (1985), plus Donny’s daughter Lalah Hathaway (with Take 6, in 2002). The song fits them all, but Hathaway’s version was riveting. Topping our list of the best Donny Hathaway songs, you’ll find it on his final solo album, Extension Of A Man.

Looking for more? Find out our best soul singers of all time.