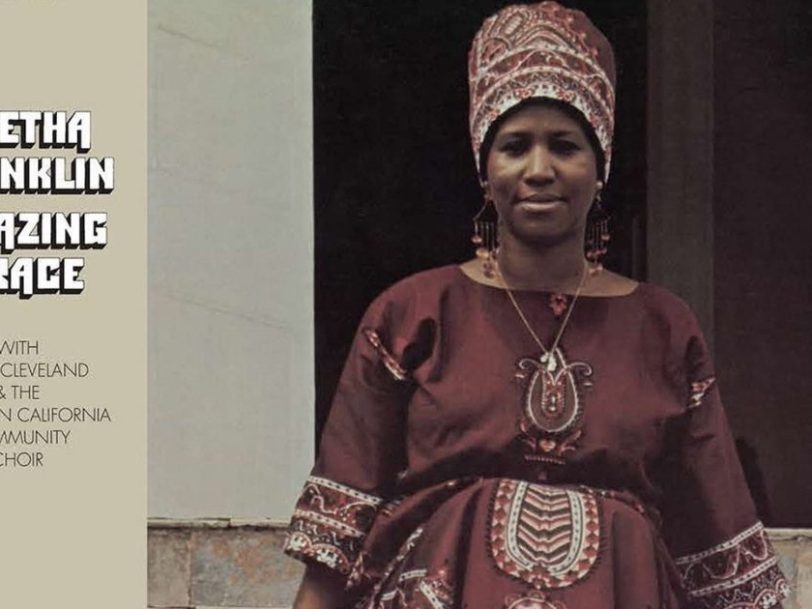 ‘Amazing Grace’: How Aretha Franklin Took Gospel Into The Mainstream

“Amazing Grace took me back to church,” Aretha Franklin wrote in her 1999 autobiography, From These Roots, adding of the album, “I mean, recording in church. I never left church. And I never will. Church is as much a part of me as the air I breathe.”

When Aretha said “took me back”, she really meant it. Amazing Grace, recorded and released in 1972, came a full 16 years after her debut record, a 10” featuring the gospel songs Never Grow Old and You Grow Closer. On that 1956 recording, she was billed as the “daughter of Rev CL Franklin, pastor of New Bethel Baptist Church, Detroit Michigan”. Aretha was only 14 when she recorded them, yet those gospel recordings are powerful, fulsome, evangelical – and they were recorded live in her father’s church. You can hear the congregation clearly on those tracks, almost as an instrument in itself.

By the time of Amazing Grace, Aretha was established as one of the world’s best soul singers – the voice of a generation. Since she signed to Atlantic Records in late 1966, album after album had sold well and proved critical as well as commercial successes. But the 70s were marching on, and Aretha felt the sands shift. Her record just prior to Amazing Grace, Young, Gifted And Black, had marked a tonal change. On it, Aretha embraced early-70s-style soul, with tenderness and restraint sitting alongside a funk flywheel in the shape of Rock Steady. Yet evolving in only one way wasn’t enough for Aretha.

“I told Atlantic that it was time for me to return to my roots and make a gospel album,” Aretha recalled. “They appreciated gospel and were pleased at my decision.”

Aretha and her label had a good relationship at this point, the bosses knowing how best to bring out her creativity, and trusting her to make the right artistic decisions. She also knew where she wanted to record her gospel record: the New Temple Baptist Church, in Los Angeles – the home of James Cleveland and his Southern California Choir. “One of the best anywhere,” Aretha commented. “No one could put together a choir like James Cleveland.”

Fittingly, for a creative partnership with the “Queen Of Soul”, Cleveland was known as the “King Of Gospel”. He was a gospel polymath, completely involved as a singer, pianist, composer, arranger and innovator. He introduced blues and early soul elements to devotional music, shaping much of what we understand modern gospel to be. In this spirit, Aretha used musicians she trusted from her soul recordings – Chuck Rainey on bass, Cornell Dupree on guitar, and Bernard “Pretty” Purdie on drums. Intense preparations began; though the performances, over two nights, were live in church, the rehearsals were extensive.

“There was no holding gospel back anyway”

Having such a crack team of collaborators meant that when it came to the live recording, Aretha was able to concentrate fully on the spirit and her devotion. This wasn’t like her hyper-aware, energetic soul performances: in church she was quiet, eyes closed, barely speaking. Her song choices embraced contemporary tunes (such as Marvin Gaye’s Wholy Holy and Carole King’s You’ve Got A Friend), though the highlights really are the older songs. Aretha sang songs from her childhood, among them Mary, Don’t You Weep, How I Got Over and a re-recording of that first 10” in the shape of Never Grow Old. In the audience was her father, who had first recorded her all those years ago, alongside his partner – the gospel great Clara Ward.

There was also something about how she interpreted the material. Amazing Grace’s title track itself, over ten minutes long, and Never Grow Old, also approaching that length, take cues from free jazz and progressive soul as well as the gospel tradition. Isaac Hayes had pioneered stretched-out, abstracted soulfulness on 1969’s Hot Buttered Soul; jazz musicians Ornette Coleman and John Coltrane deconstructed and elongated jazz; Aretha, on the song Amazing Grace in particular, takes a similar approach with gospel, claiming this traditional hymn as one of the best Aretha Franklin songs in the process.

It seems almost redundant to say it, but her vocals are incredible. Truth and wisdom, as well as force, form on almost every note. She was 29 at this point, with a life full of drama and emotion to date, as well as the fearsome technical knowledge that finally meant she was listed as co-producer on this record – something she had fought for since her debut album for Atlantic, 1967’s I Never Loved A Man The Way I Loved You. Co-producer was a role she had long fulfilled on her records, but this was the first time she had gained due credit for it.

“It was everything I had hoped for

Aretha’s performance was filmed, she has said, without her agreement. Shot under the direction of Sydney Pollack, there were major issues with syncing that rendered the filmed material unusable, and it was shelved. This limbo state suited Aretha, who remained angry at the film; when the technical issues were finally resolved, she sued and blocked the movie’s release. It is only after her death that the footage has finally been seen, released officially in 2018, also as Amazing Grace. Her reasons for hostility to the film remain unknown and only seemed to increase, rather than mellow, with the passing years. Perhaps Aretha preferred the performance to be a moment in time, focused on inner life and aural experience, and felt the film detracted from this philosophy?

Aretha had initially dismissed the idea of making her gospel record a studio album, where flaws could be ironed out. “Gospel is a living music,” she commented, “and it comes most alive during an actual service.” After the performance, however, she couldn’t resist a little studio tinkering – some vocal overdubs and additional instrumental effects. But the results are never too smooth; a raw, exposed glimpse of this consummate professional is preserved throughout.

“It was everything I had hoped for,” Aretha said following the album’s release, on 1 June 1972. Amazing Grace was also the first gospel album to be certified gold. It spread the word of gospel music, to believers and non-believers alike, while ensuring that Aretha’s own personality and wider avant-garde developments were part of the mix. Aretha was proud of her influence in popularising gospel, though she also knew that “there was no holding gospel back anyway. There are far too many gifted artists, and it is too great a music.” Hallelujah.

Find out where Aretha Franklin ranks in our best female soul singers of all time.