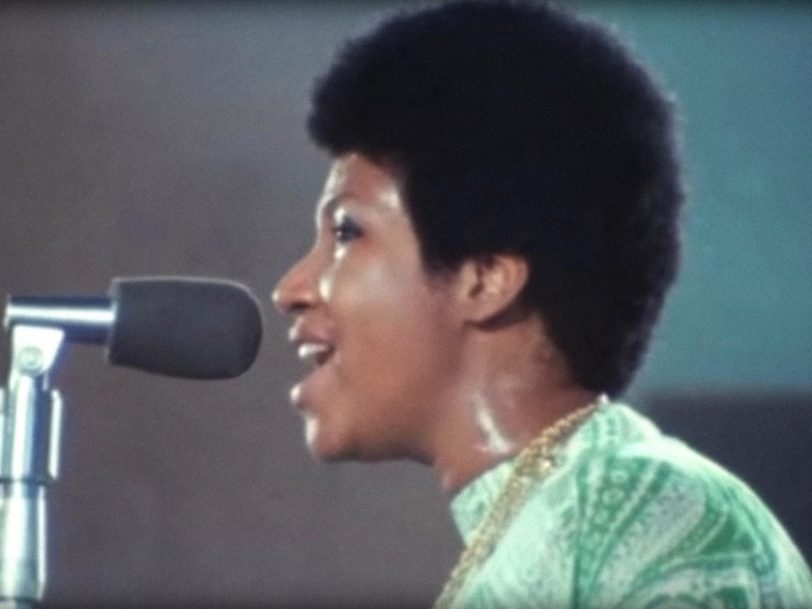 Aretha Franklin’s ‘Young, Gifted And Black’ album delivered on all fronts: she really was everything its title claimed – and more.

Released in January 1972, Young, Gifted And Black was Aretha Franklin’s first studio album for 17 months – a long gap for a singer who almost routinely released two excellent records a year, even three in the incredible flush of creativity that was her breakthrough year of 1967. Yet Franklin hadn’t exactly been twiddling her thumbs, except on her piano: this album was sandwiched by two in-concert recordings, 1971’s Live At Fillmore West and the gospel miracle that was Amazing Grace, recorded the same month Young, Gifted And Black was released.

Young, Gifted And Black covers a lot of ground, taking in tracks recorded as far back as the summer of 1970, five of them singles. And it features a lot of songs that had been hits for other artists. But the album hangs together like birds of a feather, and Aretha’s unique magic revives those songs in a way few other artists could.

The sound of a woman reborn

There were a few changes this time around. Having established herself as one of the best 60s female singers[https://www.thisisdig.com/feature/best-60s-female-singers/], Franklin is not in full-on, soul-in-your-face mode for most of the album. The opener, Jim Doris’ Oh Me Oh My, is a prime example: this is a more delicate Aretha, reserving her wailing for the song’s peaks and performing in a subtly romantic style she had only very occasionally touched since her patchy Columbia records of the first half of the 60s.

Young, Gifted And Black’s biggest hit was highly intimate. The gorgeous, self-penned Day Dreaming finds Franklin full of desire as she reflects on a lover’s charms. It went Top 5 in the US in 1972 and charted high on the soul and easy listening listings; Franklin had all bases covered. She also wrote another single from the album, All The King’s Horses, which again prizes tenderness over testification, while another original song, First Snow In Kokomo, is the winter warmer you didn’t know you needed – a soothing glow in a frosted landscape.

Franklin returns to the Bacharach-David songbook for April Fools, resulting in an uptown funk that’s the most lightweight thing here. A snaking take on The Delfonics’ Didn’t I (Blow Your Mind This Time) has a similar groove but a heavier underbelly, and Franklin’s assertive tones suggest the song’s argument is one she cannot lose. Curiously, Brand New Me finds the “Queen Of Soul” taking another dip into Dusty Springfield’s hit catalogue, as she had for Son Of A Preacher Man two years earlier, on the This Girl’s In Love With You album. Franklin’s interpretation is open and relaxed, the sound of a woman reborn, contrasting with the regretful tension found in both Springfield’s take and Jerry Butler’s original.

Young, Gifted And Black’s title track had also been a hit for two acts before Franklin covered it, but an undaunted Aretha takes the song to church, giving it all the joy she learned at her preacher father’s feet. And Jerry Butler co-wrote Otis Redding’s I’ve Been Loving You Too Long, delivered here with uplifting vocal support from The Sweet Inspirations, but by no means the radical transformation Aretha had worked up for her celebrated version of another Otis Redding classic, Respect.

‘Young, Gifted And Black’ delivered: Franklin was everything its title claimed

Two British acts also have their songs touched by the soul of Aretha on Young, Gifted And Black. Franklin was no stranger to The Beatles’ catalogue, and this time she tackles Paul McCartney’s The Long And Winding Road, infusing it with a gospel feel only Lady Soul could have conceived of. And Elton John, who’d duet with Franklin 17 years later on Through The Storm, finds his first (if minor) US hit, Border Song, awarded the quasi-religious slant the song had cried out for, providing a closing track that’s one of the best things here.

In case you think Young, Gifted And Black was all soul and no body, there’s one of Franklin’s greatest funkers, too: Rock Steady, her simmering, apparently accidental tribute to Jamaican music. New Orleans legend Dr John was on the session in Miami, and Donny Hathaway added keyboards. Within weeks of its release as a single, in October 1971, Anglo-Jamaican group The Marvels would return the perhaps unintended complement with a reggaefied version of the tune, and the original still stands among the best Aretha Franklin songs of all time.

Released on 24 January 1972, Young, Gifted And Black did not present the storming Aretha Franklin of the late 60s, but she remained an unstoppable force in soul music. In choosing to play it tender, her judgement was sound; the Southern soul that made her a star had surrendered to the subtleties of Philly groove and Al Green’s mellow Memphis heat. As Black music evolved in the 70s, even Motown no longer aimed purely to rock listeners. However, it was not a case of adapt or die: Franklin had spent years playing the subtle, jazz-shaped soul singer before she made it big: it was in her blood. She was now an adult-oriented soulster, ready to compete in a musical environment that worshipped singer-songwriters and thoughtful lyrics. Young, Gifted And Black delivered on all fronts: she really was everything the album’s title claimed – and more.

Find out where Aretha Franklin ranks in our best female singers of all time.