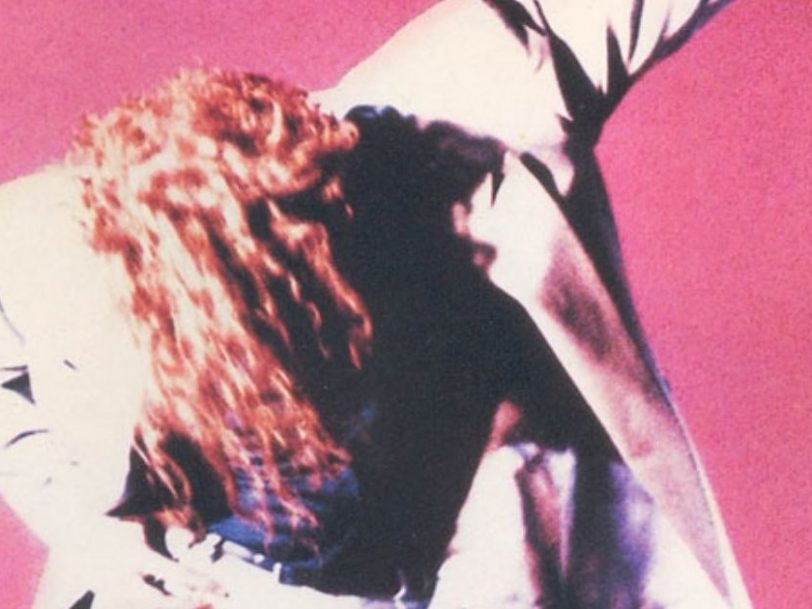 Fresh from performing in front of 80,000 people in São Paulo, Brazil, in January 1988, in support of the Men And Women album, Mick Hucknall immediately set about preparing new material for Simply Red’s follow-up record. Writing some new songs during a sojourn to Italy, the Milanese heat wasn’t the only thing to make Hucknall feel hot under the collar – the singer’s latest love interest had brought out his inner Don Juan, inspiring him to once again channel his amorous appetites into a clutch of soul-tinged pop gems.

Listen to ‘A New Flame’ here.

However full his heart was, the departure of Simply Red guitarist Sylvain Richardson left a hole in the group’s line-up. Knowing how well the band had fared in South America, Hucknall invited Brazilian guitarist Heitor “TP” Pereira to fill the gap before decamping to George Martin’s recording studio in Montserrat, where sessions took place for Simply Red’s much-anticipated third album.

“The whole band was getting more sophisticated”

From the off, it was immediately clear that Pereira gave Simply Red the suave and sensual edge Hucknall sought – much how Nile Rodgers had brought his own elegant gloss to Chic. “He played in a beautiful Brazilian way – floral and melodic, which floated,” the singer later reflected. “The whole band was now getting more sophisticated with our playing ability.”

As if to show they meant business, A New Flame also saw the return of Stewart Levine, the producer of Simply Red’s debut album, Picture Book. “It was a winning combination,” Hucknall said. “When I came back to working with him, I was happy and our relationship was the same, if not better.” With Levine’s guiding hand, the record promised to be a classier, more streamlined affair, eager to continue Simply Red’s journey to soul-pop glory.

Brimming with confidence, and with the album at the mixing stage, Hucknall spent £1,000 getting a ruby-studded tooth fitted at the dentist, as if anticipating his re-emergence as the UK’s most visible pop star. Keen to release one of his own compositions as A New Flame’s lead single, It’s Only Love – a sweltering, jazz-infused assault on the senses – hit the airwaves in January 1989 and peaked at No.13 in the UK. Full of slap bass and a swaggering funk-like groove, it shone as brightly as the new gem in Hucknall’s smile.

“It was one of those thunder and lightning moments”

A New Flame itself followed on 13 February 1989 and became the first Simply Red album to enter the UK chart at No.1. Sprightly and full of vim, it also saw Hucknall double down on his love of 70s soul music, wooing listeners with his flirtatious falsetto. Though a couple of the record’s songs had originally been co-written with Motown songwriter Lamont Dozier, the album closer, Enough, was a collaboration with Joe Sample, former keyboardist for 60s jazz group The Crusaders. “I love that song,” Hucknall said. “It was one of those thunder and lightning moments.”

Despite choosing not to release a cover version as the album’s lead single, Hucknall’s synth-aided rendition of Harold Melvin And The Blue Notes’ 1972 Philadelphia soul hit, If You Don’t Know Me By Now, was the real show-stopper, quickly working its way into position among the best Simply Red songs. Released as a single in March 1989, the song’s ultra-modern production arguably made it the definitive version, and it became the band’s second-ever No.1 hit in the US. “I look back now at having had two No.1s in America and think it’s quite an addition to your CV,” Hucknall later said. “It’s quite a good club to be in.”

“I realised that nearly all the lyrics are very personal…”

The third single to be lifted from A New Flame was its title track, issued in June 1989. “It was probably about a girlfriend,” Hucknall’s father, Reg, noted, admitting that it was his favourite Simply Red song. “But I don’t know which one.” His suspicions were right – like many other songs on the album (Love Lays Its Tune, To Be With You, More), A New Flame was inspired by Mick’s love for Dee, a blonde model he had met in Tokyo and who had proceeded to accompany the band on tour. The song reached No.17 in the UK, giving audiences yet another scintillating serving of blue-eyed soul.

With its relaxed vibe and polished, jazz-inspired musicality, A New Flame was widely seen as a great leap for Mick Hucknall as a songwriter. “When I’d finally written all the songs for this album,” he told VH1 in 1989, “I realised that nearly all the lyrics are very personal. They’re either autobiographical or they’re about close friends or situations around me.” Hucknall’s growing confidence with tackling relationship issues and making them relatable would prove to be a key stepping stone for his writing.

“The album put him right back up there”

By mid-1989, it was clear A New Flame had far surpassed expectations, catapulting Hucknall to even greater heights. The first album to sell a million copies in the UK in 1989, it proved that the band’s previous US No.1 single, Holding Back The Years, was no one-off. In October 1989, Simply Red concluded the album’s run with the release of You’ve Got It, a soul-pop ballad tackling lust and love, and which Hucknall had co-written with Lamont Dozier.

“I think with the arrival of this album, it feels much more easier to make,” Hucknall said of recording A New Flame. “We were very relaxed about it.” This laidback feeling proved just as seductive to listeners, as the record went on to sell 2.1 million copies in the UK alone. Producer Stewart Levine saw it as a pivotal Simply Red release that reasserted Hucknall’s place in the pop pantheon. “I think the album put him right back up there,” he asserted. He’s not wrong, either. After A New Flame, Simply Red became a fully-fledged arena act, embarking on a hugely successful international tour that lasted well into 1990.

Though Simply Red would further develop their sound on their next album, Stars, there’s little doubting that A New Flame lit the way, setting them on a trailblazing trajectory that would make them one of the biggest bands of the 90s.