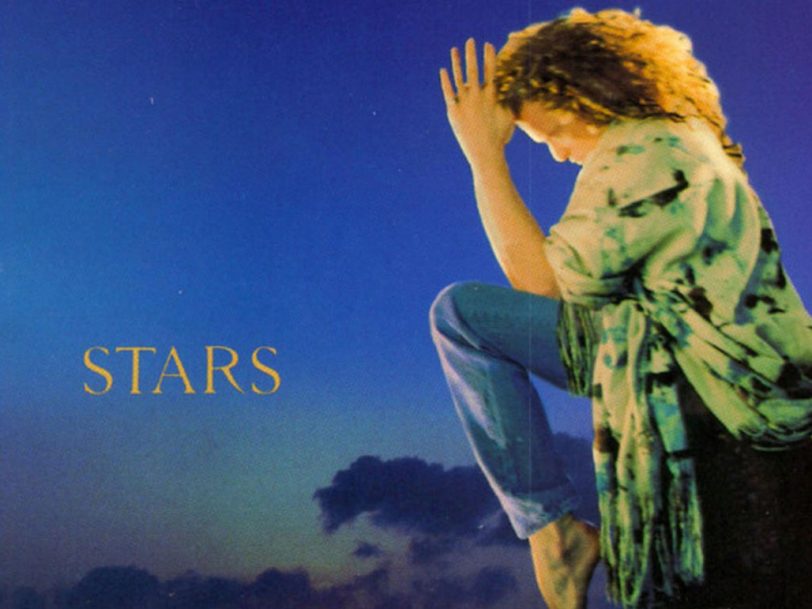 ‘Stars’: The Album That Wrote Simply Red’s Name In The Firmament

With Simply Red’s ‘Stars’, Mick Hucknall harnessed the personal, emotional and political to create one of the best pop albums of the 90s.

With a new decade dawning, and awareness that the rise of dance music was changing the musical landscape, Simply Red’s fourth album, Stars, saw the band move from synth-based sophisti-pop to a more contemporary sound. As a master interpreter of easy-listening ballads and pop-soul craftsmanship, flame-haired frontman Mick Hucknall drew upon his love of jazz, R&B, funk and reggae to create an unrivalled classic that stands the test of time as a touchstone in the latter-day development of blue-eyed soul.

“It felt like the next record needed to be different”

By early 1990, Hucknall had already been lauded as a pop sensation. Simply Red’s third album, A New Flame, had become their first UK No.1 record and was certified seven-times platinum in the UK. As the band’s subsequent world tour came to a close, it would be easy to assume the group had reached their peak, but Mick Hucknall had only just started.

Though nobody had any reason to doubt his talents, it weighed heavy on Hucknall’s mind that the most successful hits from Simply Red’s previous albums were cover versions, such as Money’s Too Tight (To Mention), from their debut album, Picture Book, and If You Don’t Know Me By Now. As a result, Hucknall was eager to reassert himself as a songwriter. “After the huge success of A New Flame, I set myself the challenge of composing a whole album of original songs,” he explained. “I used to sit at home with an acoustic guitar and a Sony Walkman, and I wrote the songs that way.”

Given that the singer had spent some downtime frequenting The Haçienda and DJing across clubs in Europe, the demos he recorded showed he was keen to incorporate dance music into his group’s new direction. This delighted producer Stewart Levine, who also wanted to freshen Simply Red’s approach: “It felt like the next record needed to be different,” he reflected.

A big turning point came when Hucknall first heard Soul II Soul’s 1989 single Keep On Movin’. “I really liked the way in which they’d used drum machines that didn’t sound synthetic,” Hucknall later said. The chief architect of that sound had been drum programmer Gota Yashiki, who had also worked with Seal and on Sinéad O’Connor’s Nothing Compares 2 U. Hucknall promptly invited him to join Simply Red’s recording sessions in Paris.

“It really felt like we were in this war zone”

With news of the First Gulf War all over the TV, Simply Red’s time in the French capital was difficult. Outside the studio, riots were erupting on the streets and bomb scares were plentiful, proving enormously distracting to the band. “It really felt like we were in this war zone,” Hucknall recalled. “I think it all got just too much for us.”

In dire need of a change of scene, the musicians decamped to Condulmer – a beautiful 16th-century villa on the outskirts of Venice, Italy – and Simply Red’s fourth album soon started to take shape. Recovering from their experience in Paris, it became clear that Gota Yashiki’s involvement had injected new energy into the group’s sound.

Yashiki’s influence was immediately apparent on Stars’ lead single, Something Got Me Started, which showcased Gota’s exuberant acid-jazz groove and a smooth sax solo from Ian Kirkham. Released on 9 September 1991, it peaked at No.11 in the UK and set the perfect tone for Simply Red’s sonic volte-face.

Released three weeks later, on 30 September 1991, Stars shot straight to No.1 in the UK. The album cover showed Mick Hucknall under a desert’s starry skies, wearing a Native American cloak. At the shoot, he had worn nothing else, but when the band’s record label saw his bare legs they were worried about offending US audiences, so photographer Zanna had to retouch the picture using a photo of her assistant’s legs in jeans.

Hucknall’s interest in stars was multi-faceted. On the one hand, the album reflected his love of stargazing: “The thing about looking up there is that it fulfils so many questions and answers in itself,” the singer said. “It’s the future, it’s the past, it’s mythology, it’s science, it’s romance, it’s anything you want it to be.”

On the other hand, Hucknall has also acknowledged that it related to his views on being famous: “I had this fixation with stardom and what that does to a person. I think it’s just all about escaping from that.” When Stars’ title track was released as the album’s second single, on 18 November 1991, it went to No.8 in the UK, thanks in part to Hucknall’s toying with his vocal range, which confidently covered deep tones and soulful falsetto.

Not for the first time, there was a political dimension to his songwriting. As a proud European, it’s no secret that Hucknall had star tattoos inspired by the EU flag, but his leftist political leanings were also displayed elsewhere on Stars. The song Freedom was based on observations he made following a visit to Germany after the fall of the Berlin Wall, and Mick later described the anti-Thatcherite Wonderland as “probably the most political song I’ve written”.

As Christmas approached, Stars was selling an average of 100,000 copies per week and was embraced by listeners for how expertly Simply Red had harnessed balladry, jazz, blues, funk and soul music, all with a wholly modern production style.

“I like the idea of music changing and evolving”

Released on 27 January 1992, the album’s third single, For Your Babies, also saw Hucknall’s songwriting take great strides into emotional maturity. Despite not being a parent himself, this gorgeous song is about a protective father watching his child play, and was written in response to how his friends “had kids virtually at the same time” and “seeing how they changed”. The single melted hearts and peaked at No.9 in the UK.

As a whole, what was so illuminating about Stars was how it saw all of Mick Hucknall’s musical influences coalesce into a constellation of wide-ranging emotions. The reggae song Model reflected the singer’s fondness for Trojan Records, while She’s Got It Bad dove head-first into the burgeoning sound of acid-jazz. “I like the idea of music changing and evolving, just like it has done up ’til now,” Hucknall said.

Based on a perky riff from keyboardist Fritz McIntyre, Stars’ fourth single, Thrill Me, became yet another Top 40 hit upon its release, on 21 April 1992. Seeing Simply Red embark on a buoyant jazz-funk odyssey, it simmers with sensuality and unbridled lust (“Your hands feel like silk down my back”).

By this point, not only had the album become an international bestseller, but Simply Red won BRIT Awards for Best Album and Best British Group. “The idea about being a classic songwriter is something I am trying to attain,” Hucknall had said of his ambitions. In May 1992, he got the validation he needed, picking up an Ivor Novello Award for Songwriter Of The Year.

Simply Red scored their fifth UK Top 40 hit in a row with Your Mirror, a soulful pop ballad about the importance of self-love and building inner resolve (“Your beauty lies within you/Look in the mirror, baby”). Released on 13 July 1992, the single peaked at No.17 in the UK and was the culmination of Stars’ unparalleled commercial success.

In just one year, the album had sold 2.4 million copies in the UK alone. “I could never have imagined that Stars would have the impact it did,” Hucknall said. “It was a truly magical time.” With it, the Simply Red frontman had more than proven his worth as a songwriter and elevated himself as a British pop legend.

As the 90s went on, Stars’ sales figures continued to rise astronomically, and it held the record for being the UK’s bestselling album of the year in 1991 and 1992. To date, it has sold more than seven million copies worldwide and still boasts many of the best Simply Red songs. Not only did Stars pioneer a new sound inspired by house music and acid-jazz, but Hucknall’s diverse songwriting crossed into multiple genres and blazed a trail across the sky as no other British soul singer has since. For this reason, it deserves its reputation for helping Simply Red write their name in the firmament.