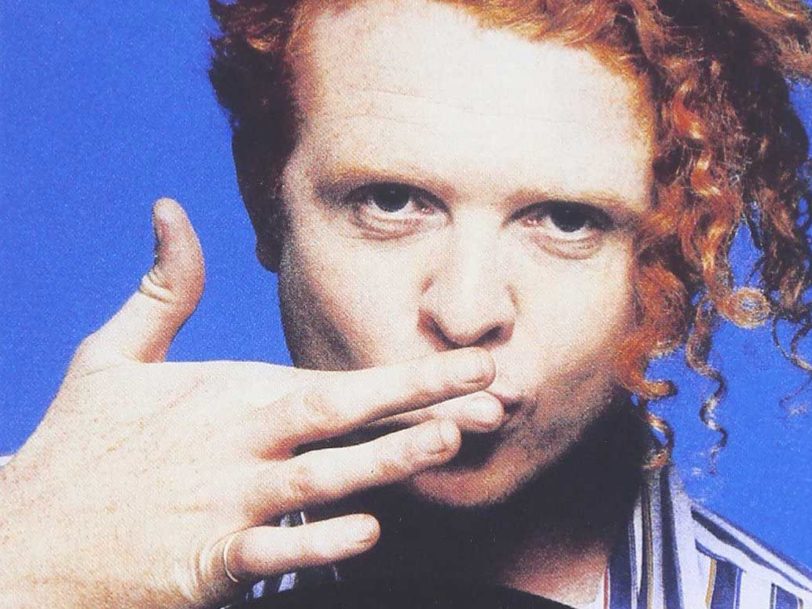 Having been elevated to superstardom off the back of 1986’s US No.1 hit single Holding Back The Years, and its parent album, Picture Book, Simply Red hurried back into the studio, with frontman Mick Hucknall keen to further flex his songwriting muscles. Released on 9 March 1987, their second album, Men And Women, was immediately met with strong global sales and boasted a typically eclectic range of songs, such as a cover of Cole Porter’s jazz standard Ev’ry Time We Say Goodbye and an experiment with reggae in the shape of Love Fire, proving Simply Red were still a musical force to be dealt with.

Listen to Men And Women here.

“Probably the most difficult album I had to make”

At this early stage of their career, Simply Red were relatively fresh from supporting funk pioneer James Brown at Wembley Stadium. As a result, Hucknall’s confidence was arguably at its peak, but the singer was beginning to notice tensions running high in the studio. “Men And Women was probably the most difficult album I had to make,” he later recalled, “because I was having to deal with a lot of internal politics within the band.” By assuming responsibility as Simply Red’s primary songwriter, some feathers were starting to get ruffled, but none of this is evident in the songs.

Men And Women’s lead single, The Right Thing, played up to Hucknall’s newfound role as 80s pop’s most surprising sex symbol, and attracted controversy due to the overtly sexual nature of its lyrics. A funk-inspired ode to enhancing one’s prowess in the bedroom, Mick was bemused that people were so shocked by it. “I just was astonished at the reaction,” he would say years later, noting how the album was actually banned in Singapore due to its perceived immorality. “I didn’t think that anybody would give two hoots about what the subject matter of the song was.” Recalling the same soulful grunts and groans as his hero Al Green, Hucknall’s bravura vocal performance no doubt helped the song reach No.11 in the UK and peak at No.27 in the US.

Most noticeable about Men And Women as a whole was that Mick Hucknall’s left-leaning lyricism had been put on hold, while the lush, synth-saturated production was ramped up courtesy of Thompson Twins’ producer Alex Sadkin. The band’s sense of style, too, was given a revamp – gone was Hucknall’s scruffy attire, to be replaced instead with a bowler hat and debonair waistcoat, possibly inspired by his newfound love of jazz owing to an affection for Ella Fitzgerald’s double-album of Cole Porter covers. This jazzy influence would also spill over into Simply Red’s live performances, with Hucknall displaying all the exuberance of a swing band leader in his pomp.

While the album failed to produce a hit comparable to Holding Back The Years, the songwriting on display was commendable for its ambition and, in many respects, made Men And Women a more considered enterprise. Particular highlights include the horn-toting toe-tapper I Won’t Feel Bad and the funky slap bass groove of Let Me Have It All, both of which wore their Stax/Volt influences on their sleeves. “I don’t like putting fillers on albums,” Hucknall admitted in a 1987 interview. “For me, it’s got to work as a whole entity. I don’t want to put one single bad track on it.”

Incredibly, the band’s earlier US success had afforded Mick Hucknall the dream opportunity of writing a song for The Supremes legend Diana Ross, Shine, which Simply Red also recorded themselves for Men And Women. Perhaps more amazingly, Hucknall was also invited to jet off to LA to work with one of his songwriting heroes, Motown songwriter Lamont Dozier. Sitting down at the musical maestro’s piano together, Hucknall and Dozier wrote Suffer, a beautifully restrained soulful ballad (“This time it’s gonna be hard for me/I don’t wanna suffer”), as well as the more upbeat Infidelity, which would later chart at No.31 in the UK. “Lamont was happy with them,” Hucknall recalls of their collaboration, “though he thought the words to Infidelity were a bit risky.”

“It was an unhappy album, that’s for sure”

Despite Men And Women confidently reasserting Simply Red as a globe-trotting touring band, culminating in the group playing to a crowd of 80,000 people at São Paulo’s Estádio Do Morumbi in 1988, Mick Hucknall continues to have mixed feelings about the group’s second album. “It’s a long story, but it was an unhappy album, that’s for sure,” he has said, indicating jealousy from his fellow bandmates as being the root cause. “I was quite disillusioned with dealing with this kind of enemy within, and it caused a lot of difficulty. I almost quit, actually.”

Aside from such behind-the-scenes troubles, the album holds up as a solid and assured work, and the musicianship is as stellar as you’d expect. By dabbling in a sleek and sophisticated range of musical styles – a grab-bag of soul, funk and jazz – it also saw Hucknall broaden his songwriting potential. Produced with an ear for the then-fashionable 80s trend of sophisti-pop, Men And Women is a clean and stylish-sounding record which more than lay the groundwork for Simply Red’s next album, A New Flame, which in turn kick-started the band’s ascendancy to even greater heights.