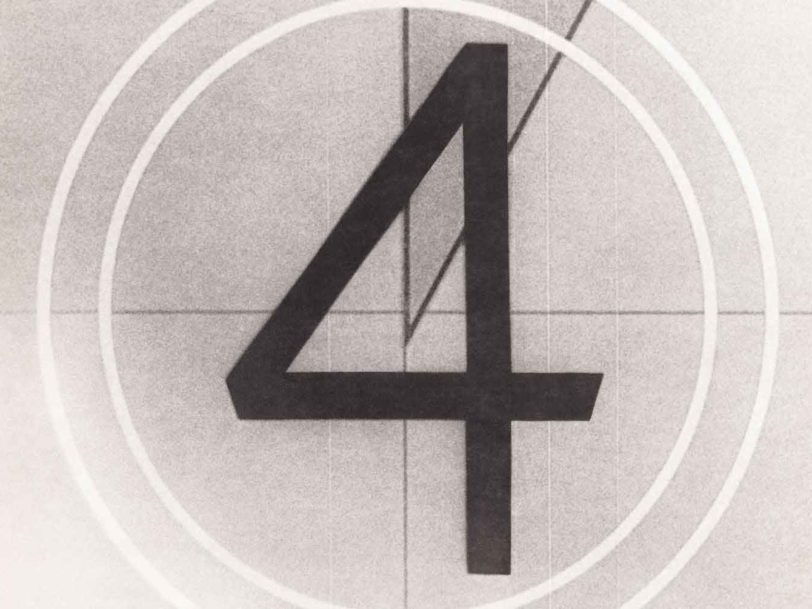 4: How Foreigner Claimed Their Place At No.1

Bridging the gap between the 70s and 80s, ‘4’ found Foreigner making a bold move towards their synth-rock future.

British-American rock supergroup Foreigner may be best known for their hit 1984 ballad, I Want To Know What Love Is, but their wide-ranging discography includes everything from blues workouts to synth-infused arena-rock anthems. With 80 million record sales to their name, the group have long been mainstays of popular music; for many fans, however, it began with their simply titled fourth album, 4 – Foreigner’s first US No.1 and the record that cemented their appeal in the neon-drenched 80s.

4 was aptly named in more ways than one, as the formerly six-piece Foreigner found themselves two members down at the time of its recording. With the loss of guitarist/keyboardist Ian McDonald and keyboardist Al Greenwood, the new line-up – Lou Gramm (vocals), Mick Jones (guitar, keyboards), Rick Willis (bass) and Dennis Elliott (drums) – made a permanent departure from the blues-based classic-rock sound of their previous work and began looking instead toward the synth-oriented made-for-radio hits that would define the group’s work throughout the decade.

Released on 2 July 1981, 4’s impact was immediate. Selling over seven million copies and holding the Billboard No.1 spot for ten weeks, its pop-rock sound was boosted by producer Robert “Mutt” Lange (along with assistance from several session musicians, including a young Thomas Dolby), whose own arena-filling sound was undergoing a crucial development from the hard-rock production style found on AC/DC’s Highway To Hell and Back In Black albums to the career high of Def Leppard’s Hysteria. But it’s his efforts on 4 that sowed the seeds for such greatness.

“I always set out to make albums without filler”

Lange’s legendarily fastidious techniques came to the fore during the album’s recording, which took place at New York City’s Electric Lady Studios – a facility originally commissioned by Jimi Hendrix – and, from pre-production through to the final mix, spanned the best part of ten months. Characterised by countless takes and sleepless nights – and numerous missed deadlines and budget overspends – the 4 sessions nevertheless resulted in a high-water mark for both band and producer.

Unsurprisingly, then, 4 doesn’t sound like a “safe” record. With the group striving for nothing less than exemplary material (as Mick Jones one stated: “I always set out to make albums that you could listen to from beginning to end, without filler”), they came up with the standout singles Juke Box Hero, Urgent and Break It Up, helping 4 find a space between the hard rock riffage of the group’s past and the synthesiser hooks of their future.

Perhaps the greatest example of that blending in the whole of Foreigner’s work is Waiting For A Girl Like You. Reaching No.1 in the US Mainstream Rock chart and No.8 in the UK, it was aided in part by frontman Lou Gramm delivering one of the best vocals of his career – spurred on, as he later wrote in his autobiography, by the appearance in the studio of a mysterious, beautiful woman. Whether she was real or not is beside the point: in that moment, Foreigner crafted one of the most recognisable and popular chart hits of all time, helping to bridge the gap between the 70s and 80s in the process.

Forging ahead into a new decade

Much like new-wave pioneers The Cars, Foreigner forged songs that, once mastered in the studio, could blast from every radio in the world to unanimous appreciation. The absence of filler on 4 only benefits the album’s radio-ready nature: there are propulsive tracks built for the road, love songs fine-tuned for the dancefloor, and anthems configured for arena singalongs – all packaged into a neatly produced, highly replayable album. Though a product of its time, the album’s free-spirited nature ensures its continued appeal today.

Considering the hefty competition Foreigner faced (1981 also saw the release of multi-platinum-selling albums by The Rolling Stones (Tattoo You), AC/DC (For Those About To Rock (We Salute You)) and Phil Collins (Face Value), 4 did more than enough to set itself apart. Topping the charts in the US and reaching No.5 in the UK, it stands as an underrated – but impactful – statement of intent from a band forging ahead into a new decade, unhindered by their past and undeterred by the need to adapt in order to survive in a new era. Over four decades on, 4 remains No.1 for many Foreigner fans.

Check out our best Foreigner songs to find out which ‘4’ numbers made the cut.