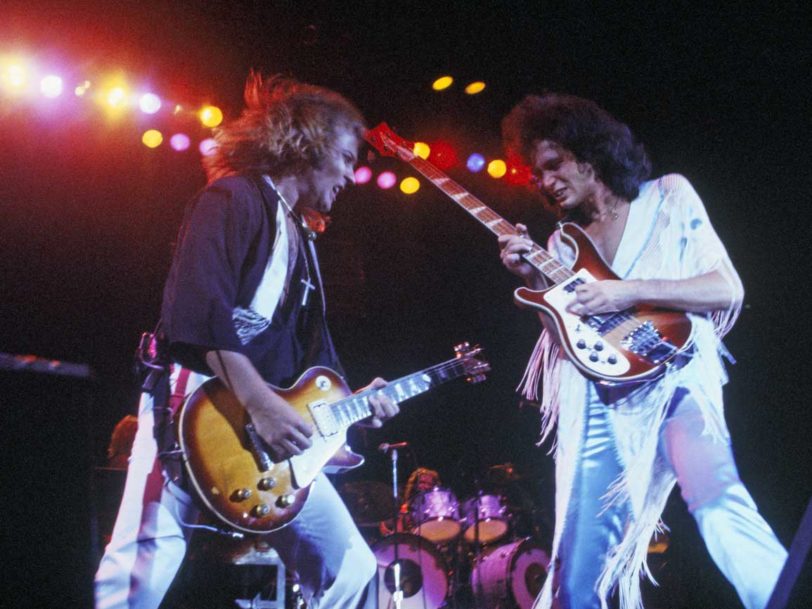 Best Foreigner Songs: 20 Iconic Tracks That Know What Love Is

From yearning ballads to gritty rock workouts, the best Foreigner songs remain classic rock mainstays that have defined the 70s and 80s.

In a career that spans over five decades, Foreigner have patented a classic rock style that finds them as comfortable turning out stadium singalongs as it does intimate ballads. Though best remembered for their era-defining 70s and 80s hits, the best Foreigner songs can be found in some lesser-known corners of their catalogue, including overlooked 90s highlights and unsung album cuts.

You wanna know what love is? You know we can show you…

Listen to the best of Foreigner here and check out our 20 best Foreigner songs, below.

The absence of founding member and vocalist Lou Gramm is felt across the whole of the Unusual Heat album. Foreigner kicked off the 90s with a completely new sound – and a new frontman, Johnny Edwards. Though Unusual Heat is often overlooked in favour of the band’s earlier work, Lowdown And Dirty’s sexual swagger is undeniable, with Edwards’ vocals emulating the irresistible howls of Led Zeppelin’s Robert Plant. Meanwhile, the guitars are punchy, loud and in your face – just as they should be.

This deep cut was only brought to light in 2002, when Head Games – Foreigner’s third album – was given a remastered reissue. Short and sweet, with eloquent guitars and delicate drums backing up an emotive performance from Lou Gramm, Zalia tells of a struggle to recover from a lost love. A truly unsung track, it showcases the strength of the band’s songwriting, and more than earns its place among the best Foreigner songs.

I Want To Know What Love Is overshadowed the remaining nine tracks on Foreigner’s UK No.1 album, Agent Provocateur, but while That Was Yesterday didn’t match its predecessor’s global chart-topping success, that doesn’t reflect the song’s quality. A triumphant adventure with a stirring vocal performance and fantastically 80s synths and drums, it features one of the best choruses Lou Gramm and Mick Jones ever came up with.

1981’s 4 saw Foreigner dip their toes into new sounds, blending the classic rock stylings of their previous albums with a pop aesthetic that would come to define its follow-up album, Agent Provocateur. A stellar track with bouncing keys, slick guitars and an incredible saxophone performance from Junior Walker, Urgent feels like a crossover between Fleetwood Mac and Phil Collins– a pedigree that, perhaps unsurprisingly, makes it one of Foreigner’s greatest songs. It reached No.1 on the Billboard Mainstream Rock chart and, though it was outsold by Waiting For A Girl Like You, attracted more radio play than any other 4 single.

A bluesy deep cut from the band’s self-titled debut album, Headknocker warns the listener of an unnamed aggressive macho man, affectionally named after the song’s title. Its soaring lead guitars and hard-hitting chorus make for an absolute treat that, while never released as single, shouldn’t be forgotten about just because it follows Cold As Ice on the parent album.

According to Gramm, Double Vision’s title was inspired when a player belonging to the US ice hockey team Philadelphia Flyers was knocked out by John Davidson, goalie for the New York Rangers, during the 1978 Stanley Cup Finals. While recording his vocals, Foreigner’s frontman had a TV inside his vocal booth, allowing him to watch the game while singing, and was inspired by the announcer’s use of the term “double vision” when updating the audience on the player’s condition. Taken from the band’s second album, it’s a solid rock song from beginning to end.

The title track of Foreigner’s third album, Head Games, channels the same classic rock energy of Headknocker, but with a dramatic edge. The bass and drums are ferocious, while the song is filled out with keys and guitars. Not one of Foreigner’s most well-known singles, Head Games was somewhat rediscovered 2018 when it was used during an episode of Cobra Kai, the series based on the Karate Kid film franchise.

Mr Moonlight was earmarked as a comeback album for Foreigner, but while it found Lou Gramm returning to the fold after leaving in 1990, it was the first Foreigner album not to include such early members as bassist Rick Willis and founding drummer Dennis Elliott. White Lie, however, opens the record with a bang. Reminiscent of R.E.M.’s Losing My Religion, it remains a highlight from an underappreciated era in the band’s history, and holds its own among the best Foreigner songs.

Unique among the best Foreigner songs, Blue Morning, Blue Day is a gritty rock track at its core, with syncopated guitar riffs and a psychedelic edge; Mick Jones’ guitar solo teeters on the edge of dissonance, but maintains the excellent melodic structure that fans love and expect from the band. Lou Gramm described the song as a “dark horse” in Foreigner’s discography, and, indeed it remains a strong favourite performed at most of their concerts.

The last Foreigner song to feature lead vocals from Mick Jones, The Modern Day is an upbeat lament over contemporary life. Calling upon the listener to accept sacrifices and prepare to stick up for themselves, it’s a brilliantly arranged track, with the subtle shift to acoustic guitars in the bridge showing the craft involved in Jones’ songwriting. The track also shows some influence from Head Games’ producer, Roy Thomas Baker, famed for his work with Queen. One listen to The Modern Day reveals how Baker wove his experience into the record.

Dark, brooding synths introduce Juke Box Hero, setting the stage for a menacing performance from Gramm. With guitars and drums exploding in and out in startling fashion, it’s an exhilarating listen that only gets better once the chorus kicks in. High-energy guitar and sky-high vocals make this anthem, inspired by a fan who waited hours in the rain just to see the band, one of 4’s greatest moments.

Starrider’s verses channel The Beatles, mixed with Celtic folk instrumentation, before flanged guitars, drum rolls and a bass synth quickly interrupt, blasting the song into space for its psychedelic choruses and guitar solo. One of the few Foreigner songs to feature Mick Jones on lead vocals, Starrider sits among the group’s greatest moments, and remains a firm fan favourite despite never being released as a single.

Hot Blooded is one of Double Vision’s raunchiest moments, in which Lou Gramm tries to organise a night of fun with an unnamed woman after a show. With enticing vocals sung with a snarl, it has a raw confidence unmatched by the album’s other tracks.

The second single from 4, Waiting For A Girl Like You is a delicate song with floating keys and swelling synthesisers. Showing the band at their most vulnerable, its simple and sweet melodies carry the track from sentimental beginnings to its bittersweet conclusion while also revealing Foreigner’s influence on contemporary rock acts like The War On Drugs.

The first single from Head Games bursts with a strong, dive-bar energy as Gramm lets loose a sleazy, honest portrayal of himself, embracing his faults in the hopes of obtaining the affection of a girl that’s out of his league. The guitars’ country twang and the song’s New York attitude easily help Dirty White Boy muscle in among the best Foreigner songs.

A truly underappreciated deep cut, Girl On The Moon is a sultry, guitar-driven tale of the quest for love. Beautifully emotive, with a great balance between the guitars and keys, it finds Gramm longing for a girl he saw but never properly met; feeling lost, his mind wanders with thoughts of her.

Detailing feelings of isolation and homesickness, this rocky number is a dramatic retelling of the highs and lows of life in the big city. Though, lyrically, it’s a somewhat dark and tense song, Long, Long Way From Home’s irresistible melodies and unique use of the clavinet are what make it so great.

One of Foreigner’s most beautiful ballads, I Don’t Want To Live Without You is heartfelt, sentimental and meditative, and stands as the absolute highlight of the band’s 1987 album, Inside Information. Upon release as a single, the song reached No.1 on the Adult Contemporary chart, with critics applauding its softer ballad style, uncommon among the band’s previous singles.

Serving a dramatic warning to a cold ex-lover, Cold As Ice is delivered with a fury that’s hard to find anywhere else in rock. It also helps that the song’s piano and organ motifs make it instantly memorable. Channelling a classic 70s rock feel similar to artists like Elton John, Cold As Ice’s arrangement is deceptively complex – which is perhaps why the song enjoys such iconic status in Foreigner’s back catalogue.

A No.1 hit around the world, I Wanna Know What Love Is surpassed any previous success Foreigner had, and remains their most famous track. Under that heavy 80s aesthetic, it is, at its core, a beautiful song underpinned by Mick Jones’ desperate but simultaneously hopeful lyrics. With a huge chorus – and the power in Lou Gramm’s voice – I Wanna Know What Love Is has come to define the band, and, years after its release, continues to garner critical acclaim. Soak in the melodrama and accept that this was always going to top our list of the best Foreigner songs. 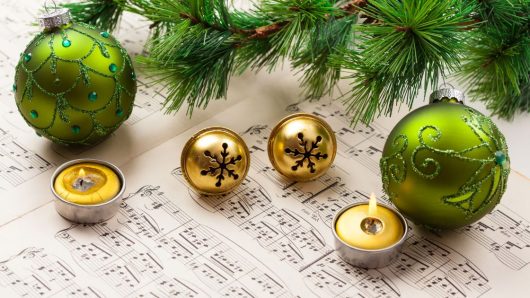 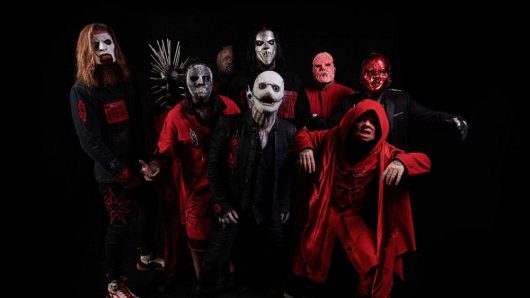