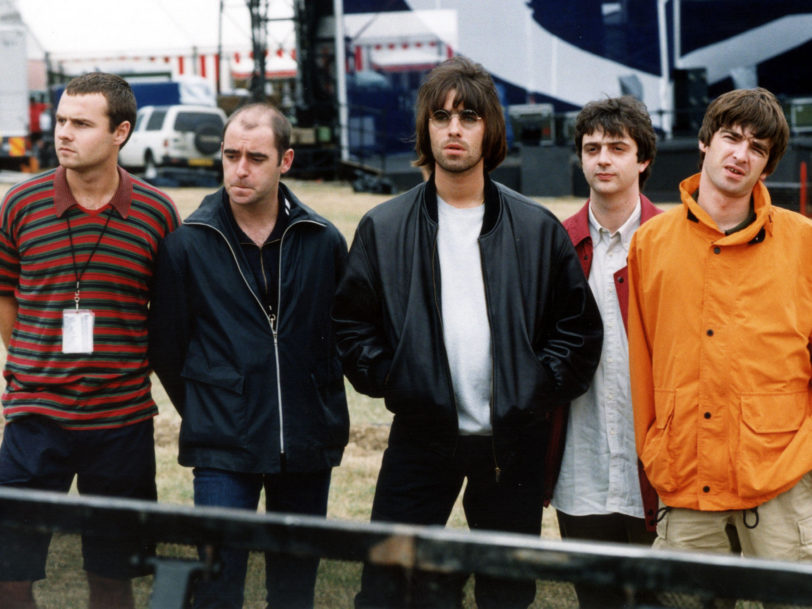 Working-class musicians often seem more successful than artists from other social backgrounds – is it authenticity, the music, or sheer luck?

We all know that the people who hold the top jobs – our politicians, sportspeople and high-ranking CEOs – are often privately educated and come from a high social class. However, musicians and bands seem to buck this trend. Most of the UK’s most famous artists have come from working-class backgrounds, including The Beatles (whose John Lennon wrote a solo song about it: Working Class Hero), The Who, The Verve and Joy Division. In the 90s, the charts were dominated by working-class bands – Oasis and Happy Mondays among them. The trend was that working-class musicians were more successful. But how did this social status affect their success? Was this due to authenticity? The music? Or just sheer luck?

A working-class hero is something to be

Maine Road, May 1996: a triumphant return home for the biggest UK band since The Beatles. Three years earlier, however, Oasis were just a group of lads on the dole, trying to scrape together a living out of music. This working-class identity was essential to their success: many Oasis fans in the 90s were also working-class people who could relate to their songs’ subject matter. Strengthening the bond, Oasis also spoke and dressed like their fans – Liam Gallagher wore an Umbro tracksuit at the band’s Maine Road gig.

Middle-class bands such as Blur and Radiohead (whose members attended a school with annual fees of £20,000) also achieved success in the 90s, but their sales pale in comparison with Oasis’. Every studio and compilation album released by Oasis, along with the Gallagher brothers’ solo projects, have reached Top 3 in the UK charts; Oasis’ second album, (What’s The Story) Morning Glory?, is the fifth highest-selling UK album ever, while Be Here Now sold 696,000 copies in its first week – the second-highest first-week sales in UK chart history.

Compare this to Blur, who scored just two No.1 singles and whose combined album sales have gone a nine-times platinum – less than a quarter of Oasis’ combined 38-times-platinum sales – and you start to get the idea. The sense of unity that Oasis’ working-class background gave fans made them not only a band, but a lifestyle.

People find it easier to support artists who they relate to and can empathise with. If Noel Gallagher hadn’t written songs about how his social status made him feel like an outcast, or inspirational songs like Live Forever, Supersonic and Don’t Look Back in Anger, which instill hope in people that they can be successful, too, even if they came from underprivileged backgrounds, would Oasis have of been as big? It’s doubtful. You can argue that their musicianship wasn’t as good Radiohead’s, or their songs weren’t as complex as Blur’s, but the authenticity of five working-class lads taking on the world did more for the band’s success.

The UK media also played a huge part in Oasis’ rise: the group were constantly in the tabloids – for good and not so good reasons. Journalists love a rag-to-riches story, and the tale of how these working-class lads became the biggest rock stars in Britain, yet never lost sight of their roots, was too big not to capitalise on. The fact that Oasis did everything on their own terms and wouldn’t let the bigwigs in the industry tell them what to do, was another reason why the public loved them so much.

It wasn’t just Oasis that the country took to their hearts. With lines such as, “Trying to make ends meet, you’re a slave to money then you die,” The Verve’s Bittersweet Symphony became a global anthem, and remains one of the most recognisable songs of all time, memorable for it impact on the working class and the social themes it talks about.

Can you be too authentic?

In contrast to Oasis, Australian punk band Cosmic Psychos are one of the most authentic working-class groups out there, but they never achieved the success enjoyed by the bands they influenced. But no band could get more authentic: being farmers from the Australian outback, Cosmic Psychos sang songs about dead kangaroos and bulldozers. They were cited as influences on Kurt Cobain and Pearl Jam, and have toured all over the world. They are the perfect example of a working-class band, and had all the opportunities, so why did they never make it big? Were they too authentic?

Australia is a small country in terms of population, and isolated from the rest of the world. How could a Seattle teen brought up in the suburbs ever relate to songs about living on a farm in the Australian Outback? Though Cosmic Psychos had Oasis’ authenticity – some might say surpassed it – they didn’t have the relatability to reach a wide audience. A niche band, the large part of their overseas audiences are made up of Aussie expats. It’s not like they missed out on opportunities, either: their 1991 album, Blokes You Can Trust, was produced by Butch Vig, weeks after he finished working on Nirvana’s Nevermind, while The Prodigy covered L7’s Fuel My Fire – itself based on the Psychos’ Lost Cause – on their seminal 1997 album, The Fat Of The Land. While punk rock wasn’t the “in” music of the 90s, surely they deserve more than 30,000 monthly listeners on Spotify and blank stares whenever they’re brought up in conversation?

That’s not to say they would have achieved success if they weren’t working class. If that were the case, it’s doubtful they would have even formed a band in the first place.

What’s luck got to do with it?

If authenticity only helps in certain situations, and the quality of music can only get you so far, then perhaps it really is down to sheer luck. If Alan McGee hadn’t gone to King Tut’s Wah Wah Hut in Glasgow on 31 May 1993, Oasis may have gone undiscovered. Even though Cosmic Psychos are revered by some of the biggest names in grunge, they never got that lucky break that led to mainstream success.

Being working class can definitely give a band a boost, and the fact that a higher percentage of society is working-class than not may account for why it seems like working-class musicians are more successful than those raised with a middle-class lifestyle. Alongside sport, a career in music is one of the ways that people from working-class background can earn more money, without being stigmatized by their social status.

Some musicians have decided it’s cooler to appear working-class than let people realise you’re a posh kid trying to make it in rock’n’roll. Last year, Sleaford Mods’ Jason Williamson called out the band IDLES for “appropriating, to a certain degree, a working-class voice”, raising the question of authenticity and who can sing what while still being authentic. Is a middle-class band “allowed” to sing about food banks and austerity even though they may never have experienced it first-hand? Conversely, are working-class bands only “allowed” to sing about being poor?

Being working class can’t guarantee you success. For that you need authenticity, good music, a media storm and, most importantly, luck.