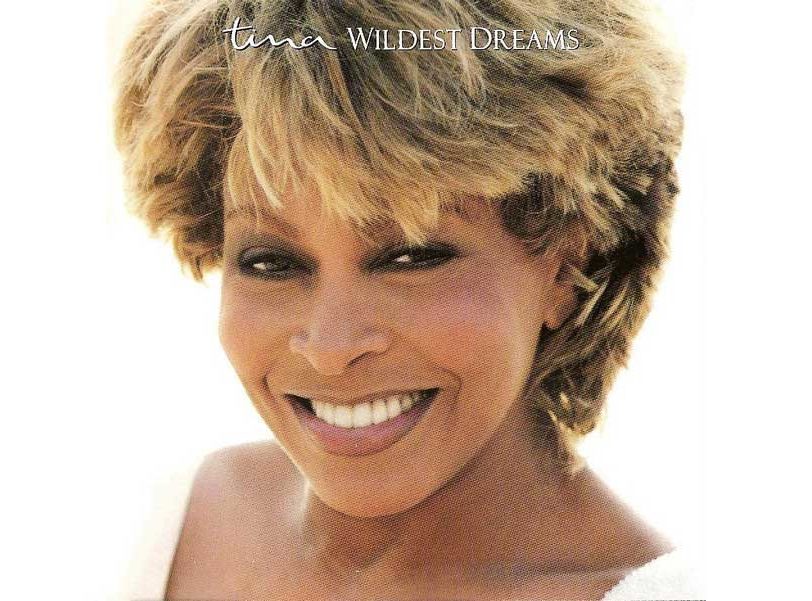 Few artists have achieved what Tina Turner did in almost half a century as a solo artist. One of the most celebrated icons of music – and one of the best-selling artists of all time – The Queen of Rock’n’Roll is more than just a singer. Pushing the limits for black and female artists alike, she has inspired future generations to follow in her footsteps, while also proving herself a unique talent that cannot be replicated. Flaunting flawless vocals, A-list collaborators (Pet Shop Boys, Sting, US) and one of the best James Bond songs of all time, her ninth studio album, Wildest Dreams, continued her relevance well into the 90s.

Specially written for Turner by U2’s Bono and The Edge, the title song to the 1996 Bond movie, GoldenEye, took its place alongside Dame Shirley Bassey’s iconic themes for Goldfinger, Moonraker and Diamonds Are Forever. Turner had confessed to always wanting to play the part of a Bond girl, but though she managed to stage a successful acting career – including an iconic countercultural appearance as the Acid Queen in the movie adaptation of The Who’s Tommy and bagging herself an NAACP Image Award for Outstanding Actress In A Motion Picture, for her role in the 1985 blockbuster Mad Max Beyond Thunderdome – her contribution to the franchise was purely musical. However, Bono, The Edge and Turner knew exactly what they wanted to achieve – and they nailed it. Balancing suspense, arousal and elegance, with Turner taking a more restrained approach than usual, GoldenEye encapsulated everything a Bond theme needs and immediately established itself among the best Tina Turner songs. Released alongside the movie in November 1995, the single went Top 10 in the UK, France, Italy and Germany, while also hitting No.3 on the European Top 100.

Wildest Dreams followed five months later, on 22 April 1996. As Turner’s first all-new collection of music in seven years, it suggested that age was no limitation to the then 56-year-old singer with over three decades’ worth of hitmaking behind her. Released a month ahead of the album, single Whatever You Want would go on to open the Wildest Dreams tour – 255 shows staged from April 1966 through to August 1997 – taking its place in a setlist that also included her cover of trip-hop pioneers Massive Attack’s Unfinished Sympathy. Performed as the first encore number of the night, the song also found Die Hard star Bruce Willis joining Turner on stage for her Paris shows of May 1996.

The Wildest Dreams album itself featured no shortage of collaborators, with the title track alone being cut in two different ways, with two very different guest singers. Spanish actor/singer Antonio Banderas appeared on a European release of the song, while a US version featured soul singer Barry White’s inimitable deep vocals. Elsewhere on the album, On Silent Wings included guest vocals from Sting, while Pet Shop Boys scored a production credit for Confidential, a song penned by Neil Tennant and Chris Lowe specifically for Turner.

Though coming at a time when Turner’s studio work rate began to slow, Wildest Dreams solidified her self-made mark in music history. It may have stalled at No.61 in the US, but the album inspired an almost cult-like following overseas, where it went double-platinum in the UK and sat comfortably in the Top 5 across Europe. Though leaning towards Turner’s patented rock and soul style, the album found her just as comfortable with 90s pop-R&B production and, a quarter century after its release, remains proof that she consistently delivered some of the most iconic performances on record.

Having received the Guinness World Record for selling more concert tickets than any solo performer, and standing as one of the best-selling female artists in history (200 million records and counting), Turner need never record another note. And yet her reign as The Queen Of Rock’n’Roll continues, with a stage musical based on her life (Tina: The Tina Turner Musical), and memoirs (including 2020’s Happiness Becomes You, which she describes as “a very personal book that focuses on the core themes of my life: hope, happiness, and faith”) only adding to the realms she has conquered. With a new documentary, TINA, offering an emotional farewell to her fans, it seems Turner’s wildest dreams have all but come true.

Find out which Wildest Dreams songs made the cut in our best Tina Turner songs.