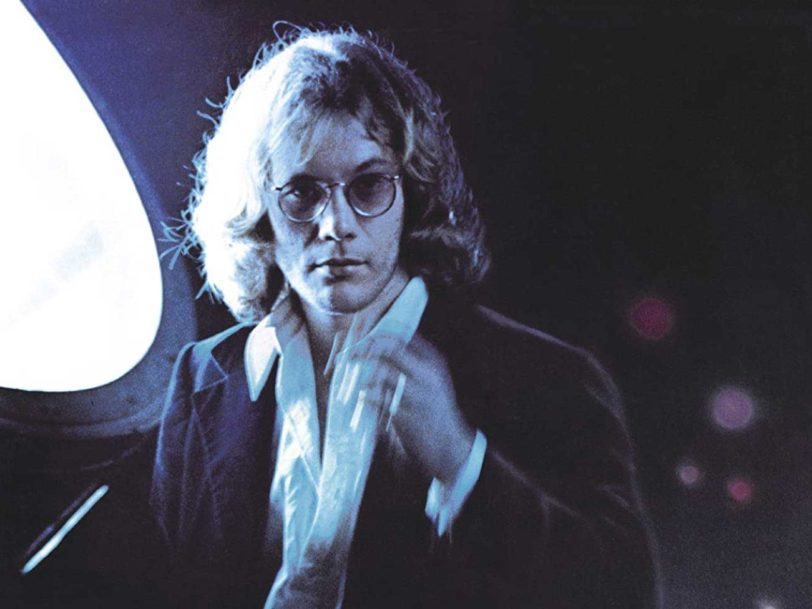 When Warren Zevon appeared on Cleveland radio station WMMS in the autumn of 1976, a few months after the release of his self-titled album, he admitted that most of the record’s 11 songs were autobiographical. “My life is a little surrealistic and the images in the songs are drawn as accurately as possible,” Zevon said.

Warren Zevon, released on 18 May 1976, came seven years after his debut studio album, 1969’s Wanted Dead Or Alive, and featured a glittering array of backing musicians, many of them friends of the Chicago-born musician who had spent most of his life in Los Angeles. It is no wonder Zevon described making the album as a “lot of fun”, especially as it was produced by Jackson Browne, the singer-songwriter who had been his pal for nearly a decade. Browne also played slide guitar and piano on the record. “Jackson and I talked about doing this album for several years,” Zevon told WMMS. “I wanted to do it with Jackson producing and for Asylum Records, a music company who don’t pressurise me.”

“Zevon was a musician’s musician”

Zevon also penned all the songs on an album that opened with Frank And Jesse James, a song that cast the famous Wild West characters as misunderstood outlaws. Mama Couldn’t Be Persuaded, which featured Lindley on fiddle and some stirring guitar from Wachtel, was about Zevon’s parents; the line “Don’t marry that gambling man” referred to Zevon’s father’s life as a professional gambler.

Each of the album’s 11 tracks was like a well-developed story, bursting with Zevon’s trademark bittersweet humour. As well as some lesser-known Zevon songs – Backs Turned Looking Down The Path, The French Inhaler and Join Me In LA – the album contained the first versions of popular songs such as I’ll Sleep When I’m Dead and Carmelita, which would become staples of Zevon’s performing career.

Zevon described Desperados Under The Eaves as “an important song to me” and was slightly irked that he had to keep making it clear the lyrics had nothing to do with any fellow Los Angeles-based musicians. “It’s got nothing to do with the Eagles,” he said. “I have been around LA for almost all of my life.” The song, one of his most affecting vulnerable alcoholic ballads, confirmed Zevon’s status as an imaginative songwriter, including in the lines, “And if California slides into the ocean/Like the mystics and statistics say it will/I predict this motel will be standing/until I pay my bill.”

Bob Dylan was a big fan of this particular song, later saying, “Warren Zevon’s musical patterns are all over the place, probably because he’s classically trained. There might be three separate songs within a Zevon song, but they’re all effortlessly connected. Zevon was a musician’s musician, a tortured one. Desperados Under The Eaves. It’s all in there.”

Zevon described Linda Ronstadt as “that wonderful lady with that wonderful voice”, and his self-titled album contained three songs that were covered in memorable fashion by the hit singer: Poor Poor Pitiful Me, Mohammed’s Radio and Hasten Down The Wind (in which she left out a verse about sadomasochism that was part of Zevon’s original song). All three rank among the best Warren Zevon songs.

“I was happy then. And I am happy now”

Warren Zevon started his musical career in 1966 as part of the folk duo Lyme And Cybelle with Violet Santangelo. After working in advertising and writing jingles, he spent two years working with The Everly Brothers, touring with the duo as pianist and bandleader. He remained close friends with Phil Everly, who sang on the tender, haunting ballad Hasten Down The Wind, which is about a woman leaving a relationship because “she needs to be free”.

Warren Zevon’s self-titled album was engineered by the master jug player Fritz Richmond, and was reissued in 2008 by Rhino Records, in a remastered version that included bonus tracks such as a solo piano demo version of Mohammed’s Radio and the live version of Mama Couldn’t Be Persuaded that he had performed during that WMMS interview. When Zevon was asked shortly after the album’s release about the critical acclaim the record was receiving, he said: “A year ago I was singing in an Irish bar in Spain, and I was happy then. And I am happy now.”

Check out our best Warren Zevon songs to find out which of his self-titled album tracks made the cut.