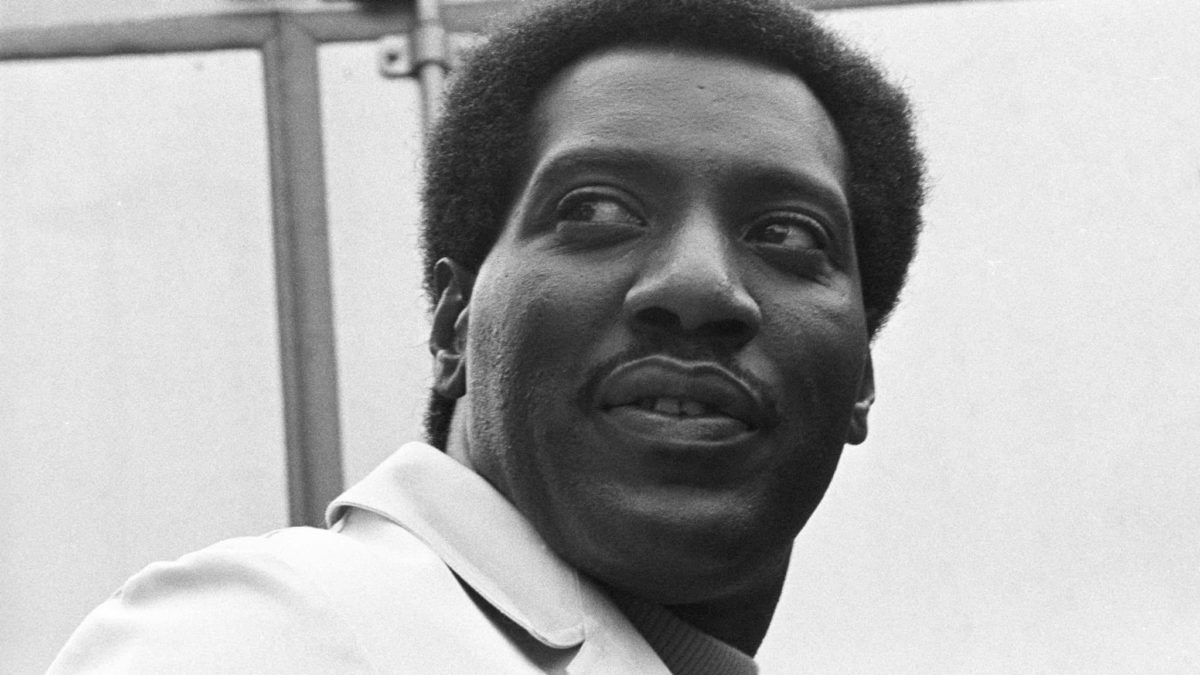 Otis Redding had everything a soul singer needed. Killer voice: check. The energy to give his all on stage: check. The ability to write memorable songs (Respect, Hard To Handle, (Sittin’ On) The Dock Of The Bay) and make other artists’ songs his own (Tramp, That’s How Strong My Love Is, Try A Little Tenderness): check. The openness to imbue his work with emotions lesser singers could barely even feel: check. Sexiness: check check check. But he had two assets many stars did not possess. One was a musical imagination. The other was a very long memory.

You would not have wanted to owe money to Otis Redding because, if his choice of material is any indication, the man had an elephant’s capacity to remember things. The singer often selected songs that were recent hits and gave them a soulful stamp that nobody else could offer: The Rolling Stones’ (I Can’t Get No) Satisfaction, for example, The Beatles’ Day Tripper. Even when he covered other soul artists’ records, such as The Temptations’ My Girl or Sam Cooke’s A Change Is Gonna Come, he had the imagination to make them his own, though the original versions were still very familiar. But Redding also dug deep. He sometimes selected songs that were so old that they’d been around longer than soul music itself. There was Nobody Knows You When You’re Down And Out by Jimmie Cox, first performed in the 1920s. Billy Hill’s Glory Of Love, from the mid-30s. And one of Redding’s signature songs was also a deep oldie: Try A Little Tenderness, first sung in 1932.

Try A Little Tenderness was written by Jimmy Campbell, Reg Connolly and Harry Woods. They were British composers; the first two would also become successful independent music publishers. Their songs were not in a style usually associated with a great soul singer, and Try A Little Tenderness was initially a mawkish affair performed by British orchestras in a staid, chugging way that advised dancers it was a “slow foxtrot” on the record label – not “the jerk”, “mashed potato” or “funky chicken”. The ditty made its way across the Atlantic in 1933, when it was covered by Ted Lewis’ orchestra, and Bing Crosby. It was widely known in the so-called “jazz era”, and some soul musicians adopted it: Aretha Franklin covered the song in 1962, in a lush, sentimental manner; Sam Cooke sung it live as part of a medley in an amenable supper-club style. This was no soul singer’s workout song.

Redding was a big fan of Cooke. There had been a plan for him to record a tribute album after Cooke was killed, and he recorded several of his hero’s songs. But Redding’s star was rising rapidly. Perhaps it seemed a sidestep to create a record entirely devoted to another singer, so it did not happen. Redding was aware of his Cooke’s version of Try A Little Tenderness, however, and knew the song well enough, but he was reluctant to record it when the idea was mooted by his manager, Phil Walden. Eventually he consented, but not in any way other than his own. He worked out a radical new arrangement with Isaac Hayes, a Stax songwriter and keyboard player who, in a few years, would become one of soul music’s superstars in his own right.

Redding still had doubts about Try A Little Tenderness and set about subverting the song’s usual genteel pattern. He reimagined it, intending to deliver an exaggerated version of the song, and an exaggerated version of himself singing it. Stax would surely reject it. But Otis had not reckoned with the power of his own talent – his ability to transform unpromising material simply by revealing the sheer power of his soul. In the studio on 13 September 1966, he tied his standard moaning vocal tics to his delivery of the song, and they became endearing nuances in this context. He gave it Otis Redding at full bore, even turning the song into a cry of lust at the end, offering what amounts to advice on sexual technique, and roaring like his version was a lover man’s rallying cry. Tenderness? This was a farce. How could it work?

But Isaac Hayes’ arrangement could not have been better built for the Memphis Giant. He knew Redding’s work inside out, and so did Stax’s house band, The MGs, and the horns-men who played on the recording. Redding’s rising fame had made the company what it was. Everyone was working to his benefit. No matter what he felt about the song, it could hardly go wrong, because everyone except Redding himself wanted it to fit him perfectly. And it did. Redding’s Midas touch, his ability to turn everything he did into soul gold, had betrayed his subversive intentions.

The company’s staff loved it. Even Redding seemed surprised at the way he’d reworked the song. Stax released Try A Little Tenderness through its Volt subsidiary on 14 November 1966. It hit No.25 in the US early the following year and became a staple of Redding’s live show as well as the key track on his album Complete And Unbelievable: The Otis Redding Dictionary Of Soul. If the song caught Redding at the peak of his powers, there was a poignancy to it: Redding would never release another studio album in his lifetime, apart from King And Queen, his lighthearted duet set with Carla Thomas.

There was a certain irony in the title The Otis Redding Dictionary Of Soul. He could have sung Webster’s Dictionary and made it soulful. Otis discovered a depth in Try A Little Tenderness that nobody else knew was there. Though there have been numerous versions since, by artists as diverse as Prince Buster, Three Dog Night and Rod Stewart, nobody else has found that profundity. It remains one of the best Otis Redding songs: his talent didn’t so much bring it out as create it. The song had never been intended for such intensity, but Redding blessed it with his soul.

Check out our best Otis Redding songs to find out where Try A Little Tenderness ranks.