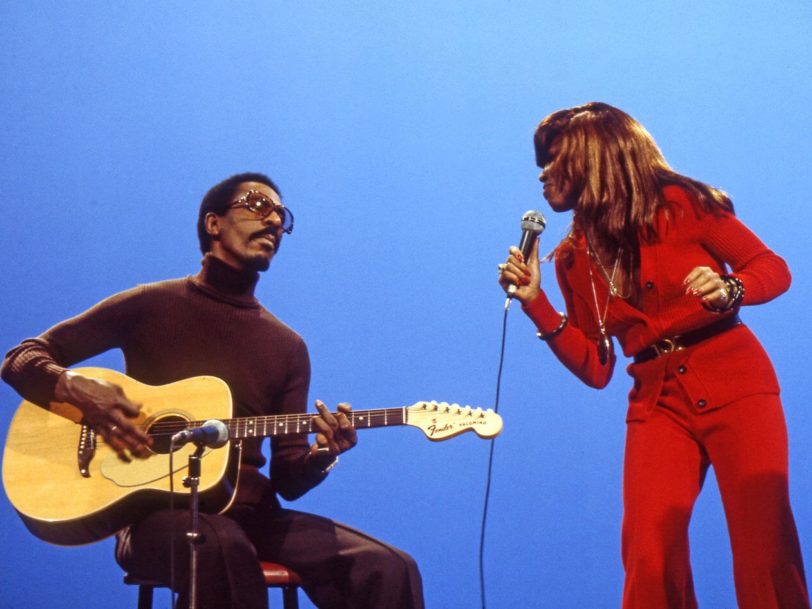 The hit that never was, Ike And Tina Turner’s River Deep – Mountain High is still regarded as the greatest pop song ever made.

George Harrison called Ike And Tina Turner’s River Deep – Mountain Hight a “perfect record from start to finish” – and The Beatles’ guitarist knew about such things. The song has repeatedly appeared in lists of the greatest rock records of all time, and its producer considered it the best music he ever made. There’s no doubting the song’s brilliance; it was a profound artistic success, aiming for – and hitting – the highest standards in pop. But there was a crushing blow at the heart of it. Magic sings from its every note, but without lows, there would be no highs – as the lyric hints. River Deep – Mountain High is, then, a perfect record that carries a dark undertow.

River Deep – Mountain High was written by Jeff Barry, Ellie Greenwich and the track’s producer, Phil Spector. Known for a multi-layered production technique dubbed the “Wall Of Sound”, Spector was a perfectionist in the studio: a driven, eccentric individual who sought to turn three-minute pop records into glorious teenage symphonies.

To work on such a scenario, the singers Spector selected had to have big, characterful voices – Darlene Love, The Righteous Brothers and his future wife Ronnie Bennett among them. But when Spector saw Ike And Tina Turner gigging at a club, he realised the frontwoman was a singer who could cope with anything a producer might throw at her. Spector steered Ike and Tina towards performing for a concert movie, The Big TNT Show (1966), and was again thrilled by what he witnessed. Here was a voice which might sit atop one of his tracks and match it for sheer sound and soul. He had to work with Tina.

There was just one difficulty: Tina’s husband, Ike. He ruled Tina with an iron rod, and as a writer-producer-guitarist who’d been in the music business longer than Spector himself, he was no pushover. It was unlikely he would allow Tina to work with anybody else – what was in it for him?

Spector made them an offer: sign with his label, Philles, and let him produce Tina. Spector also offered to buy the duo out of their current record deal, and agreed to credit the records to Ike and Tina, even when Ike had not been involved. Ike mulled it over, then agreed: the world’s biggest record producer was gagging to work with his wife, and Ike would gain credit, too. This wired, crazy producer guy who could do little wrong was bound to cut a pop hit on them, so their concert fees would soar. What was there to lose?

The greatest pop record ever made

Spector, Greenwich and Barry had written the song. There were rehearsals. The ace session group, The Wrecking Crew – expanded to 21 players – slickly laid the track in two sessions. But Tina’s first vocal session did not run smoothly. According to Ike, he had not been invited along, though Spector later said Ike had been asked to play guitar but hadn’t turned up. Meanwhile, Tina did not seem comfortable: the focus was entirely on her.

The following week, at a second session at Hollywood’s Gold Star Studios, Ike came along. Tina hit her stride; she had cracked it. But Spector was not satisfied. He made her repeat the song for hours, demanding the extra magic he knew she could deliver. Tina recalled she had sung the song “500,000 times”. She said she finished the session in her bra, having stripped off her top because she was “covered in sweat”. But Spector had his take. In his mind, he’d created the greatest pop record ever made.

Many critics have since agreed with Spector’s assessment. River Deep – Mountain High is a record of towering strengths, an emotional, musical and vocal tour de force. So it seems somewhat peculiar that the record-buying public didn’t agree when the song was released on Spector’s Philles label in May 1966. Creeping to No.88, it soon slipped back down. The masterpiece was a flop.

The hit that never was

Phil Spector was devastated. He knew how good his record was – hadn’t he made it that way? He couldn’t understand it. Ike Turner, on the other hand, felt he knew exactly what was going on. He and Tina were Black artists. They sang rhythm’n’blues. He reckoned the white stations saw Tina as a singer with a Black audience, so didn’t play it. The Black stations saw Spector’s name as producer and thought it was a white record. A record of extremes, even in its title, River Deep – Mountain High was lost in the middle ground, neither fitting a Black playlist or a white one.

It made the Top 5 in the UK, however, and was a smash in other territories, but Spector fell into a grand sulk. He’d created all the grandeur of North America – both its landscape and its people, Black and white – in one little slice of stamped plastic. Money had been no object: River Deep – Mountain High had cost $22,000 in recording fees alone, in an era when a hundred bucks might produce a hit. He’d spent almost as much buying out Ike and Tina’s contract from Loma records. This was a major, major project boiled down to three minutes. Yet the US neither knew nor cared.

Spector pulled the release of an album of the same name, prepared to cash in on the hit that never was, half of it produced by Ike. The record did see release in the UK, however, and was finally issued in the US in 1969. But by then a disillusioned Spector had started to step back from the music industry, a situation exacerbated when a deal to move his Philles label to A&M Records fell through in 1967. His behaviour, always eccentric, became more erratic, and despite successful comebacks as a producer for The Beatles, John Lennon, Leonard Cohen and Ramones, among others, Spector would no longer possess the control and primacy he’d enjoyed before River Deep – Mountain High.

The song was by no means done, however. It was covered by Eric Burdon And The Animals (1967), Deep Purple (1969), The Supremes And The Four Tops (1970) and The Voice contestant Sisaundra Lewis; the latter three versions all charted higher than the original. Celine Dion was also tempted by the song in 1996. It was rumoured that Spector had offered to produce her version, though Jim Steinman, whose production style owes something to Spector, did the job. Meanwhile, Ike and Tina covered it again on their Nutbush City Limits album in 1973, and there are live takes aplenty.

Phil Spector ended his days in prison for murder, dying in January 2021. Tina Turner eventually escaped domineering males to become a worldwide star in her own right through the 80s and 90s. She, too, had given everything to River Deep – Mountain High, and saw it fail, despite its brilliance. Unlike the record’s producer, however, Tina had the fortitude to get over it.