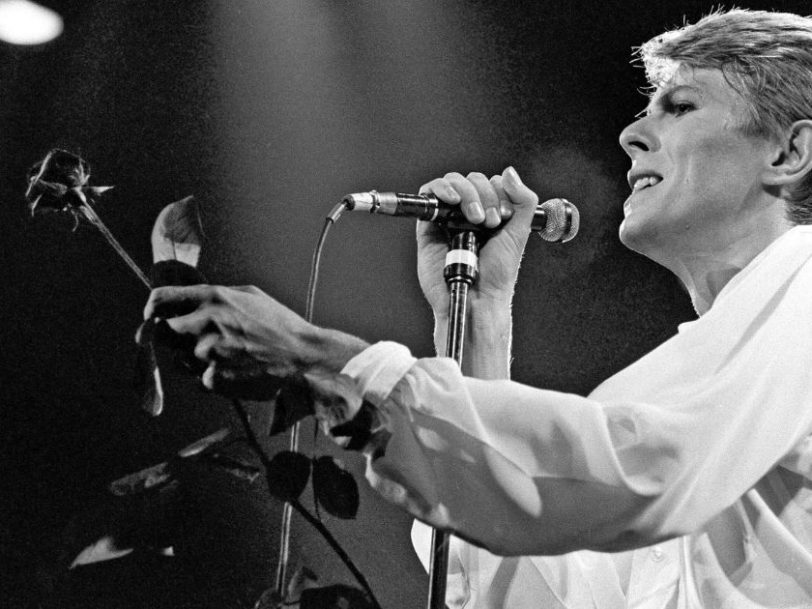 1977 was another momentous year for David Bowie. At the heart of a transformative two-year period during which he swapped the madness of Los Angeles for an anonymous apartment in the then divided Berlin, this annus mirabilis also produced the albums Low and “Heroes”, artistic twin peaks which drew up the blueprint for post-punk and the world beyond. Yet, while Bowie proved he was nigh-on unbeatable in the studio in 1977, he spent much of the following year bringing his new music to the masses on his Isolar II – The 1978 World Tour, with the trek also spawning his second official live album, Stage.

“These performances seem timeless to me”

Unlike Bowie’s original Isolar – 1976 Tour, undertaken in support of that same year’s Station To Station album, Isolar II didn’t feature a screening of Luis Buñuel and Salvador Dalí’s surrealist film Un Chien Andalou as an entrée, but otherwise it proceeded in a similarly minimalist vein. The idea behind the stark fluorescent lighting of the 1976 stage design was retained, but further developed and expanded to create a large cage of tube lights. Enclosing the stage, the lights pulsated moodily during the slower instrumental pieces from Low and “Heroes”, and flashed frenetically during the set’s faster songs.

Isolar II also trumped its predecessor in terms of endurance. The earlier tour ran for 66 shows across the US and Europe, but the Isolar II itinerary featured 78 shows and also reached into Oceania and Asia. Ultimately, it stretched across most of 1978, with the initial North American leg opening at the San Diego Sports Arena, on 29 March, and the final run of Asian shows concluding at Tokyo’s NHK Hall, on 12 December.

Drawing parallels with Bowie’s earlier, far-reaching Diamond Dogs Tour of 1974 – the trek that resulted in his first in-concert album, David Live – the schedule allowed precious little opportunity for respite. Indeed, not only did Isolar II play to an estimated one million people, but its closing legs were booked around the early sessions for Bowie’s next album, Lodger, which he had begun recording in Montreux, Switzerland, in September 1978.

“We made a drastic decision. David loved the idea”

Despite the pressure – and the fact Bowie’s band only had two weeks of prior rehearsal – everything quickly clicked into place. Without the distractions of earlier, less healthy tours, Bowie was relishing singing live, and his band – featuring his core rhythm section of guitarist Carlos Alomar, bassist George Murray and drummer Dennis Davis, augmented by guitar wunderkind Adrian Belew and ex-Todd Rundgren keyboardist Sean Mayes – also turned in some truly inspired performances, many of which made the cut for Stage.

Yet while the quality of the live recordings impressed, Stage’s running order perplexed fans who’d attended the shows. During the concerts, they’d initially been treated to selections from Low and “Heroes” before a second half began with a sequence of songs from Bowie’s breakthrough album, The Rise And Fall Of Ziggy Stardust And The Spiders Of Mars. Yet, when it came to sequencing the album, Bowie chose to lead with the Ziggy material instead.

“We made a drastic decision to put the album into a very different order than the live performances,”, producer Tony Visconti explained in his memoir Bowie, Bolan And The Brooklyn Boy. “We assembled the tracks in a sort of chronological order, as to the date they were originally recorded, from Ziggy Stardust to “Heroes”; David Loved the idea. The Brian Eno ambient compositions took up one of the four sides of the double vinyl LP.”

As it turned out, Stage’s running order wasn’t the only thing requiring an executive decision. Bowie and Visconti’s original idea had been to record the two final US shows, at New York City’s Madison Square Garden, but that plan was scotched when the famous venue demanded a recording fee and royalty payments.

Fortunately, as an alternative, RCA provided their mobile recording studio, which operated from a huge truck and afforded Visconti both terrific sound engineers and state-of-the-art equipment. With Madison Square Garden a non-starter, the team instead recorded the shows at the Spectrum Arena, in Philadelphia (28 and 29 April), the Civic Center in Providence, Rhode Island (5 May), and the New Boston Garden Arena (6 May), with Visconti determined to make the most of the quality tools at his disposal.

“My plan was to record the performances very carefully, as if it were a studio album,” he later revealed. “I supervised the microphone placements, including those placed over the audience… I wanted the audience to sound big and real and I wanted the natural reverb in the concert halls to enhance the sound of the record.

“I used four microphones for the audience, not the more commonly used two that are usually placed left and right in the house,” the producer added. “Quadrophonic recording was still viable in the late 70s and I wanted to cover the possibility; years later, my surround sound mix recreated the spatial feeling of being in the audience.”

“The sound was so pristine, we were accused of substituting studio recordings”

Visconti’s other specific objective was to ensure Stage was presented without any additional studio embellishments – a method which was often employed to “clean up” live recordings during the 70s and 80s.

“Fans adore bootlegs and cherish any perceived ‘mistakes’ as very vibey things; Stage is 100 per cent live,” the producer stressed on his website. “There wasn’t time during the tight touring schedule to fix anything… When the mixes were finished, I tracked David and the band down in Munich… and played them the album. They were thrilled.”

Visconti did, however, do a little cosmetic surgery by omitting some audience noise during the performances, so that Stage featured their responses mainly just between the songs. He took this decision when some of the more impatient fans disrupted the instrumental songs from Low and “Heroes”.

“The audience, I must admit, did get a bit raucous during these performances and that was too distracting,” Visconti acknowledged. “I just used the audience tracks in the intros and endings to prove they were there, but cut them completely during the bulk of the recording. The sound was so pristine that we were accused of substituting studio recordings for these. I can assure you that they were totally live and very difficult to play, deserving clean sound unfettered from jeers.”

Issued in a lavish gatefold sleeve, with pressings available on translucent yellow or blue vinyl in Europe, Stage first hit the racks on 29 September 1978. Discerning titles such as Rolling Stone decreed it to be a “decent live album that perversely turns the ambient second side of Low into arena fodder”, and Bowie’s public agreed, sending the album to No.5 in the UK, where it also went gold.

Stage’s stock has continued to rise ever since, with Select’s review of its 1992 reissue suggesting “this double live album from 1978 captures the Thin White Duke at the height of his powers, tossing out near-perfect renditions of classic songs like so much loose change”. Sonically, it’s also been able to move with the times, with Tony Visconti’s surround-sound remix for the expanded 2005 edition (which added renditions of Stay and Be My Wife to the tracklist) bringing out the very best of Bowie and his band.

“In 2004, I got to work with the tapes again to remix Stage in surround sound,” Visconti wrote in his memoir. “Remixing David in his 1977 [sic] incarnation in 2004, I can barely perceive any evidence of ageing in his voice. If a Dorian Gray-type portrait of his vocal cords exists, he keeps it well hidden. He is one of the most amazing performers of our time, and these performances seem timeless to me.”