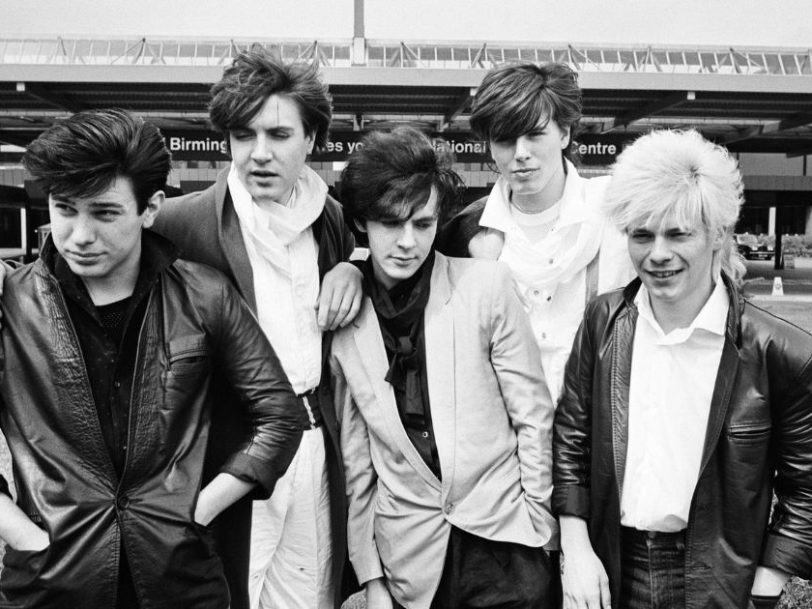 Save A Prayer: The Story Behind Duran Duran’s Heavenly Song

With an iconic music video filmed in Sri Lanka, Save A Prayer became Duran Duran’s biggest UK success to date in the summer of 1982.

For anyone of a certain age, the terrors of the 80s school disco were rarely soothed by the anthemic ballads that would signal the close of the night’s adolescent theatre. Now perhaps somewhat blunted by its regular play on nostalgia stations, few tracks trigger memories of that hormonal rush and self-confidence wobble as vividly as Duran Duran’s 1982 classic Save A Prayer.

Issued on 9 August as the third single from the seminal Rio album, Save A Prayer positioned the British five-piece at the front of the pop pack when it made it all the way to No.2 in their homeland, their highest chart position to date. In the US, the song’s promo video, filmed in Sri Lanka earlier that year, would go into heavy rotation on the newly launched MTV, helping to establish the group as the market’s most dynamic new live draw.

“The writing on Rio is fantastic, all out,” bassist John Taylor would conclude in his 2012 autobiography, In The Pleasure Groove: Love, Death & Duran Duran. “Every one of us is performing on the Rio album at the absolute peak of our talents… there is no showboating. Every part is thoughtful, considered and part of a greater whole.”

Indicative of this harmonious approach to the material is Taylor’s assessment of how Save A Prayer, demoed at Highbury Studio in Kings Heath, Birmingham, ahead of recording sessions with producer Colin Thurston at London’s AIR Studios, came together. “That song began with Andy [Taylor, guitarist] and Nick [Rhodes, keyboardist], who were probably the farthest apart from each other in musical temperament, picking out chords together, building the most delicate and complex of our sequencer tracks to date. The rest of the song was hung upon that frame.”

“Videos are going to blow the world apart”

Lead singer Simon Le Bon would create a lyric based on the fleeting, but pragmatic, intensity of a one-night stand, and critics seized on this new-wave ballad as an obvious standout of the nine uniformly strong Rio tracks when the album was issued in May 1982. Just the previous month, while en route to a quick-fire tour in Australia, the band had stopped on the tropical island of Sri Lanka to shoot videos for the album.

In eight days, they completed clips for Hungry Like The Wolf, issued as a single alongside its parent album, and Save A Prayer. The memorable video for the latter featured the band cavorting with elephants and visiting the Buddhist temple in the Kandy highlands of the country. John Taylor had a premonition about the impact the videos, directed by Russell Mulcahy, would create. “Videos are going to blow the world apart” he wrote in postcards that he sent back home. The assessment was spot-on, with Save A Prayer becoming one of the most iconic clips in the band’s lengthy back catalogue, and remaining one of the best music videos of the 80s.

Despite its success – and subsequent legacy as one of the best Duran Duran songs – Save A Prayer wasn’t issued as a single in the US until early 1985, after it had appeared on the live Arena album, which was largely created from recordings captured on the Sing Blue Silver world tour, which ran across 1983 and 1984. The single would eventually peak at No.16 in the Billboard Hot 100.

For such an iconic song so strongly associated with Duran Duran, Save A Prayer has been bravely covered by artists as diverse as Spandau Ballet’s Tony Hadley (on his self-titled 1997 solo album) and US rock band Eagles Of Death Metal. The song is peak imperial-era Duran Duran – a majestic synth ballad that showcased a richer depth to the group’s songwriting. As the soundtrack to millions of awkward teenage fumbles and an airplay perennial, the classic single is a worthy reference point for the band’s 2022 entry into the Rock And Roll Hall Of Fame.