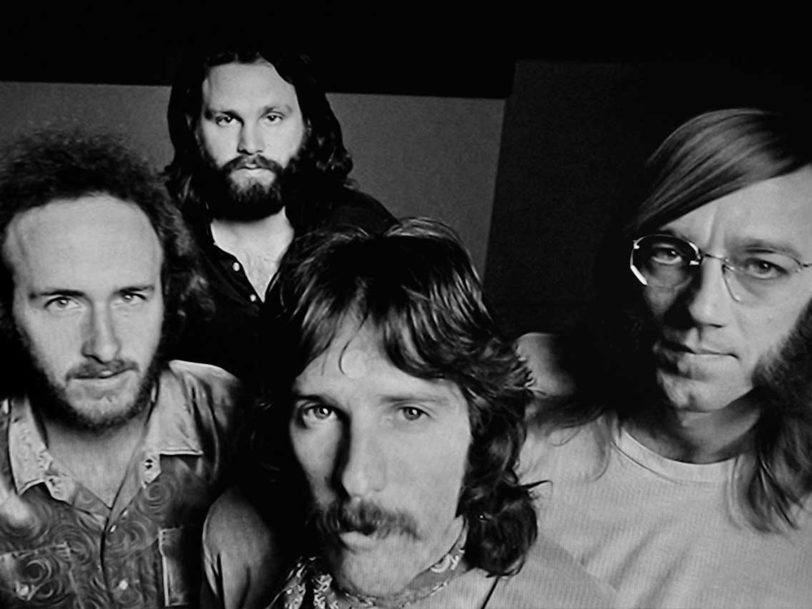 Riders On The Storm: The Story Behind The Doors’ Elemental Classic

Dark, elegant and brooding, Riders On The Storm provided a suitably haunting swansong to The Doors’ work with Jim Morrison.

Deft, sophisticated and yet also strangely ominous, Riders On The Storm is unquestionably one of the best Doors songs of all time. The final track the band recorded with Jim Morrison, it closed out their sublime LA Woman album and also rose to No.14 on the US Billboard singles chart in the period immediately following Morrison’s death – becoming the singer’s suitably haunting swansong more by accident than design.

“Jim got empowered by the responsibility”

Originally released in June 1971, Riders On The Storm is now widely recognised as a classic, its status ensured when it was inducted into the Grammy Hall Of Fame in 2009. It’s ironic, then, that The Doors’ long-time producer, Paul A Rothchild, disliked the song so much that he declined to helm its recording – and, indeed, the rest of the LA Woman album.

“Paul Rothchild taught us how to make records, but he could be quite dictatorial,” drummer John Densmore reflected in a 2013 interview with Uncut. “He thought Riders On The Storm sounded like cocktail jazz, but he didn’t really listen to the darker underbelly of the song – only the lighter lounge feel.”

As it turned out, Rothchild’s decision to step down proved to be a blessing in disguise. With engineer Bruck Botnick stepping up to co-produce with the band, The Doors adapted their rehearsal room into a studio and nailed LA Woman in its entirety in little more than a week at the tail-end of 1970.

“Paul quitting depressed us at first, but we rallied round,” Densmore recalled.” Jim got empowered by the responsibility of making the record ourselves. He had to pull the vocals out of himself – that was the difference.”

“Riders On The Storm was a filmic song about a killer”

As the band have all since agreed, Morrison was heavily involved in the creation of Riders On The Storm, with at least a portion of his brooding lyric being inspired by the actions of Billy Cook, the notorious US spree-killer who murdered six people, including a young family, while hitchhiking from Missouri to California in the early 50s.

Cook’s backstory had previously influenced HWY: An American Pastoral, the short experimental road movie Morrison made with filmmakers Paul Ferrara, Frank Lisciandro and Babe Hill in 1969. In the movie, Morrison played the hitchhiker who kills a man who stops to give him a ride – an event referenced directly in Riders On The Storm’s line “There’s a killer on the road”. Musically, the song then fell into place when The Doors began jamming on Stan Jones’ country standard (Ghost) Riders In The Sky: A Cowboy Legend during rehearsals.

“We were playing (Ghost) Riders In The Sky and Jim was fooling around and came up with ‘Ghost Riders On The Storm’,” guitarist Robby Krieger recalled in 2013. “When we recorded it, Jerry Scheff, the [session] bass player, just played what Ray [Manzarek] was playing on the keyboard with his left hand, and that’s why it’s so distinctive. It’s not something a bass player would come up with – it has more of a jazzy melody to it.”

“In essence, Riders On The Storm was a very filmic song about a serial killer,” Manzarek added. “Jim was way ahead of his time in 1970, but he was pulled in two directions writing it. He didn’t want the song to be just about a killer hitchhiker. The last verse, ‘The world on you depends, our life will never end/You gotta love your man’ – it becomes a very spiritual song. You won’t still occupy this body, but the essential life will never end, and love is the answer to all things. It gives the song a different perspective.”

“Serendipity worked… It took you somewhere”

Certainly, Riders On The Storm displays all the hallmarks of a timeless song. It’s drenched in atmosphere and, while it’s easy to pick out Manzarek’s shimmering keyboards and Krieger’s understated guitar solo, it’s a superb ensemble piece. Indeed, the fact it was performed with such admirable restraint by all concerned has served to enhance its reputation.

The song has also since made its way back into the mainstream through covers by artists as disparate as Annabel Lamb and Blondie, with the latter act creating Rapture Riders: an unlikely, yet successful mash-up with their own hit Rapture. More recently, The Specials ingeniously sampled Riders On The Storm on their 2019 album, Encore, again showing exactly why the song has retained its otherworldly allure.

“Riders On The Storm, like everything else on LA Woman, took only two or three takes,” Bruce Botnick recalled in 2013. “We all thought of the idea for the sound effects and Jim was the one who fist said it out loud: ‘Wouldn’t it be cool to add rain and thunder?’ I used the Elektra sound-effects recordings and, as we were mixing, I just pressed the button. Serendipity worked so all that thunder came in at all the right places. It took you somewhere. It was like a mini movie in our heads.”

Check our best Doors songs to find out where Riders On The Storm comes in.