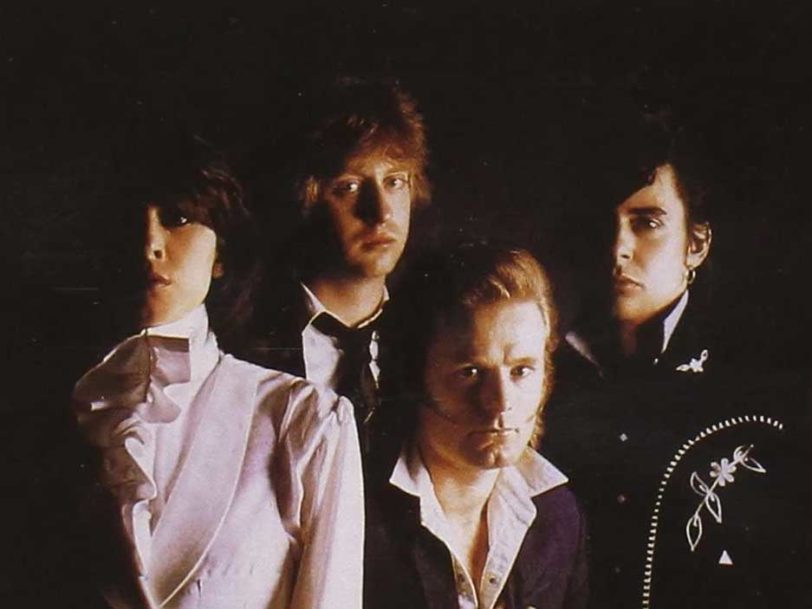 Not just a great second album, ‘Pretenders II’ suggested the group were in it for the long haul – had tragedy not struck, twice.

Pretenders’ initial rise to prominence was meteoric. The group started out playing London’s club circuit late in 1978, yet within a year their landmark self-titled debut album had topped the UK charts. By the spring of 1980, the US was in their sights. However, while Pretenders’ inspired marriage of retro-rock cool and gritty post-punk modernity had seduced vast swathes of the record-buying public, their debut album’s success left them bereft of the space they needed to shape their second album, Pretenders II.

“We were on the road all the time”

“Our first LP was very special,” drummer Martin Chamber said in an interview with Trouser Press in 1983. “The second album was more difficult because Chrissie [Hynde, frontwoman] had no time to write. She has to be relaxed to write – and we were on the road all the time.”

As Chambers revealed, Pretenders had precious little time to absorb the pressures of fame in 1980. They embarked on the first of several gruelling US tours in May of that year, and their relentless schedule took its toll on Chrissie Hynde. “I feel like people want me to make a mistake,” she told People magazine in 1981. “I don’t feel big time. I’m, like, just passing through.”

Nonetheless, the music Pretenders committed to wax in the wake of their debut album suggested they really were here to stay. Effectively bridging the gap between Pretenders and Pretenders II, the yearning, Byrds-esque chime of Talk Of The Town and the swaggering Message Of Love chalked up UK Top 20 successes while adding to the anticipation building around the band’s second album.

“We couldn’t believe it”

For Pretenders II, Hynde and co reconvened with producer Chris Thomas and finished the record across hastily snatched sessions in both London’s Wessex Studios and Pathé Marconi in Paris. In the short term, the pressure worked in the band’s favour: Pretenders II again captured them at the top of their game, whether they were attacking spiky, aggressive rockers (The Adultress, Bad Boys Get Spanked, Pack It Up) or reining it in on gentler, more reflective material such as Birds Of Paradise and the glorious English Roses.

Elsewhere, while The Kinks’ songbook had already granted Pretenders their breakthrough hit courtesy of Stop Your Sobbing, Ray Davies’ muse again turned up trumps when Hynde and her team heard his beautiful ballad I Go To Sleep.

“We couldn’t believe it when a music publisher sent us an original demo of Ray Davies playing piano and singing this song,” Hynde recalled in the sleevenotes for 2006’s Pirate Radio box set. “Later, after I’d met Ray, he told me he’d written it when he was 19, the day his first daughter was born. He wrote it with Peggy Lee in mind, and she did in fact record it at the time.”

Pretenders handled I Go To Sleep with kid gloves. Their version of Davies’ song was notable for its admirable restraint, with the sparseness of the band’s performance perfectly complementing Hynde’s atypically vulnerable vocal. Released as Pretenders II’s final single, it followed Talk Of The Town and Message Of Love into the UK Top 20, where it peaked at No.7 late in 1981.

“I had to get it together”

To all intents and purposes, the robust Pretenders II continued on from where its illustrious predecessor left off. First released on 15 August 1981, it climbed to No.7 in the UK and reached No.10 in the US, with silver and gold discs soon following. Unfortunately, however, the band’s continued commercial success only amplified problems within their camp – not least in terms of the group’s lifestyle.

By this point, Chrissie Hynde had realised she needed to change (“The image of me as a hard-drinking, hard-living rock’n’roll bitch had become obnoxious… I had to get it together”, she told Rolling Stone), yet while Hynde made a point of curbing her excesses, her bandmates’ hedonistic tendencies were spiralling out of control. Pete Farndon’s heroin habit in particular was driving a wedge between him and the rest of the group. When things finally came to a head, after a traumatic tour of the Far East in spring 1982, manager Dave Hill was tasked with firing the increasingly unreliable bassist.

“I couldn’t do it myself,” Chrissie Hynde ruefully admitted to Rolling Stone. “Pete was the first guy I got into the band, and the band was probably the most important thing in his life. I didn’t have the heart or the courage to tell him he was fired.”

Unsurprisingly, Farndon took his sacking badly, and tragedy compounded the bassist’s departure when he died of a heroin overdose the following April. Before then, however, things got worse for Pretenders before they got better. Just two days after Farndon’s dismissal, guitar hero-in-waiting James Honeyman-Scott died unexpectedly from a drug overdose in London on 16 June 1982. Hynde and Chambers were left reeling by the loss, which was caused by heart failure brought on by intolerance to cocaine. Not only was Honeyman-Scott a dear friend, he was only 25 and had enormous potential.

“They were starting to figure out what they were capable of”

In the end, Pretenders chose to continue, resurfacing with a new line-up and a new outlook in place for 1984’s Learning To Crawl. As a result, Pretenders II isn’t just a great second album, it stands as a worthy epitaph for the band’s astonishing original line-up – a quartet which burned briefly, yet incandescently. Even with this much distance, it’s hard not to dwell on what they could have achieved if events hadn’t dictated otherwise.

“Despite everything the original band accomplished in only two albums, Jimmy and Chrissie were just starting to figure out what they were capable of as a creative team,” Martin Chambers reflected in 2006. The world never got to hear how far they could have gone – and, as Chambers notes, “that’s the tragedy”.

Find out how it all began with Pretenders’ debut album.