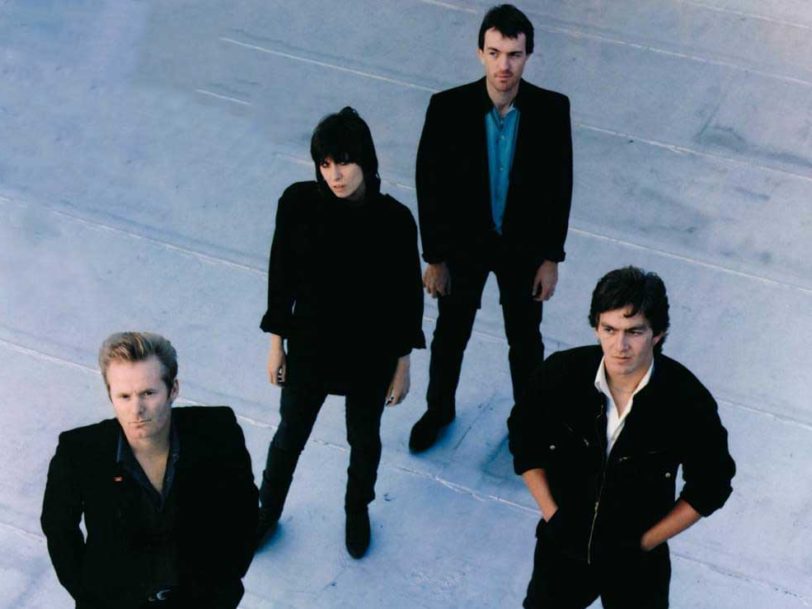 Learning To Crawl: How Pretenders Stood Up Against Personal Tragedy

After losing two bandmates to drug-related deaths, Chrissie Hynde rebooted Pretenders and came back stronger than ever.

Stuffed wall-to-wall with fantastic songs, Pretenders’ third album, Learning To Crawl, is a career highlight by anyone’s standards, but its quality is all the more remarkable when you consider the personal tragedies that frontwoman Chrissie Hynde and drummer Martin Chambers overcame in order to make it happen.

“We couldn’t let the music die”

The group had already entered the 80s as one of the new decade’s hottest bands. A masterful blend of punky aggression and pop nous, Pretenders’ self-titled debut album took them to the verge of mass success on both sides of the Atlantic, while its equally fine follow-up, Pretenders II, cemented their reputation on the global stage.

At least superficially, it seemed Pretenders could do no wrong, but then tragedy struck – twice. In June 1982, guitarist James Honeyman-Scott died unexpectedly from drug-related heart failure, while, just months later, founding bassist Pete Farndon, who had been ejected from the band due to his own drug-related issues, died of a heroin overdose.

Understandably, Chrissie Hynde and Martin Chambers were devastated by the loss of their two close friends, but when it came to Pretenders’ immediate future, Hynde felt the much-missed Honeyman-Scott had already made the decision for her.

“One of the things that kept the band alive, ironically, was Jimmy’s death,” she said in the sleevenotes for Pretenders’ Pirate Radio box set. “Because I felt we couldn’t let the music die when he did. We’d worked too hard to get it to where it was. I thought we had to keep it going or it would seem like Jimmy’s fault that it had all ended.”

“I had to finish what we’d started”

Hynde and Chambers duly recruited a stop-gap line-up, with Rockpile guitarist Billy Bremner and Big Country bassist Tony Butler joining them to record Pretenders’ next single, the poignant Back On The Chain Gang, which became a sizeable hit in both the UK and US.

“I dedicated [the song] to [Jimmy] in some ways,” Hynde revealed in an interview with BAM. “Jimmy was a big admirer of Billy Bremner. When we had to record Back On The Chain Gang, I knew Billy was who Jimmy would have wanted to get in, so I didn’t need to think about it.”

Alongside Graham Parker And The Rumour bassist Andrew Bodnar and ex-Squeeze keyboardist Paul Carrack, Bremner also played on Pretenders’ emotive cover of The Persuaders’ 1971 hit, Thin Line Between Love And Hate. He then handed over to a more permanent lead guitarist whom Hynde again contacted on Honeyman-Scott’s recommendation.

“On the last day we met, Jimmy had talked about a guitar player he wanted to bring on board in some capacity, a guy named Robbie McIntosh,” Hynde recalled. “Therefore, Robbie was Jimmy’s natural replacement. It was almost as if he found him for us, so he wouldn’t leave us high and dry after he died.”

Another tasteful and highly inventive lead guitarist, McIntosh would later work with artists such as Paul McCartney and Talk Talk. He brought along a new bassist, Malcolm Foster, for the Learning To Crawl sessions, which the Pretenders’ longtime producer, Chris Thomas, helmed at London’s AIR Studios.

Keeping the despair at bay

Despite the upheavals (and the fact Hynde was pregnant with her first daughter, Natalie Rae, when sessions first began in 1982), the album they cut was every inch the equal of Pretenders’ first two records. Kicked into life by Chambers’ stuttering drum fills, the opening Middle Of The Road was as visceral a rocker as any in the group’s catalogue, while Hynde’s new charges also flaunted their versatility on the scorching, rockabilly-flavoured Thumbelina and the manic Watching The Clothes, in which McIntosh let fly with some lethal, Keith Richards-esque rifferama.

Given the circumstances surrounding Learning To Crawl’s creation, it’s no surprise Hynde’s lyrics frequently referenced death and regeneration: the angular Time The Avenger ruminated on the fragility of existence (“Even your wife and kids could be gone next year”), while the tense, dub-inflected I Hurt You homed in on the destruction addicts can leave in their wake.

Even on these songs, however, the musical backdrops were strident and engaging, and the mood was further leavened by the inclusion of two of the band’s most life-affirming pop songs. A disarming parental love song, Show Me (“You with your angel face/Keep the despair at bay”) was surely influenced by Natalie Ray’s birth in January 1983, and its atypical innocence was beguiling. The closing 2000 Miles, meanwhile, was simply transcendent. Hynde had penned the song’s heartfelt lyric (“In these frozen and silent nights/Sometimes in a dream you appear”) in tribute to James Honeyman-Scott, but its glorious, chiming guitars and wider seasonal theme elevated the song into the UK Top 20 in time for Christmas 1983. It has since been accepted as a festive perennial.

“A triumph of art over adversity”

Learning To Crawl’s title could be interpreted in two ways. Natalie Rae was physically learning to crawl when the album was released, on 11 January 1984, but the title could just as easily refer to Chrissie Hynde’s reconstituted band recovering from personal tragedies and fulfilling their early promise.

Fans and critics largely took it to mean the latter, with positive reviews such as Rolling Stone’s (“a triumph of art over adversity”), and subsequent sales of over a million in the US alone, more than vindicating Chrissie Hynde and Martin Chambers’ decision to keep faith in the band.

“I was so into the band ethic that I always said we couldn’t exist without each other,” Hynde said in 2006. “But how could you anticipate something like [the tragedies] that happened to us? I had to finish what we’d started.”

Listen to the best of Pretenders