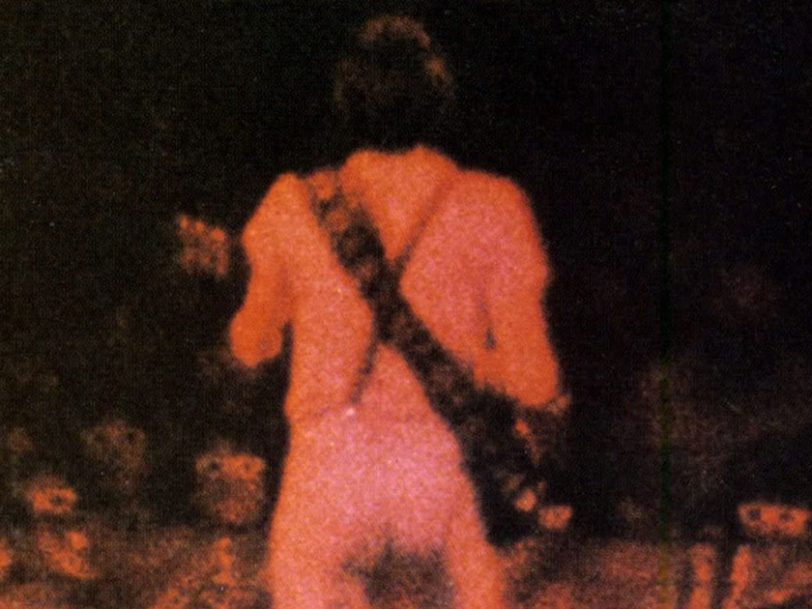 Live Rust has enjoyed sustained critical approval for its musical content (Classic Rock declared it to be “right up there with The Doors’ slop masterwork Absolutely Live and Velvet Underground Live 1969”), but its celluloid counterpart also deserves credit – not least because it captures one of rock’s most innovative stage productions prior to the groundbreaking Talking Heads[] show captured in Johnathan Demme’s 1984 concert film, Stop Making Sense.

The kernel of Young’s 1978 Rust Never Sleeps tour is traceable back to his embrace of the nascent punk movement. In the same way that Irish blues-rock legend Rory Gallagher was struck by Sex Pistols’ attitude when attending their ill-fated final show at the Winterland Ballroom, in San Francisco, punk provided Young with an epiphany – though, in his case, it was Ohio art-punks Devo who caught his attention.

“We saw ‘Rust Never Sleeps’ as referring to corruption of innocence”

Having first encountered Devo when his actor friend Dean Stockwell took him to see them perform at The Starwood, in Los Angeles, Young was mightily impressed by the band’s surrealist humour and satirical social commentary – and the admiration proved to be mutual. Having signed with Warner Bros on David Bowie and Iggy Pop’s recommendation, Devo ended up being looked after by Neil Young’s manager, Elliot Roberts, while Young co-directed the wilfully weird nuclear holocaust comedy film Human Highway (eventually released in 1982), which starred Devo and Young himself.

Devo were also responsible for coining the phrase “Rust Never Sleeps”, a slogan the group had used during their early graphic-arts phase, during which they promoted an automobile rust-proofing outfit. Devo frontman Mark Mothersbaugh later elaborated on the phrase, saying, “We saw ‘Rust Never Sleeps’ as referring to corruption of innocence, de-evolution of the planet,” but the band had no problem with Young using it in the lyrics for his song Hey Hey, My My (Into The Black). Devo were impressed by the maverick Canadian – and still are. As recently as February 2022, Mothersbaugh told Billboard: “I liked him. If he ever said, ‘I’d like to join Devo,’ we would have said, ‘You’re in.’”

“Group art at its finest”

Young again aligned himself with the new-wave scene when he appeared onstage with Devo at San Francisco punk club The Mabuhay Gardens, in May 1978. He was in the city to play a series of shows at The Boarding House, from which some of the solo acoustic cuts from Rust Never Sleeps were compiled. However, he was also hatching a much more elaborate plan for his next full-band tour with Crazy Horse – an epic undertaking influenced by director George Lucas’ then recently-released blockbuster Star Wars.

In his book Shakey, Young biographer Jimmy McDonough elaborated further: “Young hatched a preposterous idea for his next tour, starting mere weeks away: a very theatrical show with Crazy Horse. Instead of roadies scurrying about the stage, there were ‘Road-eyes’: creatures in long robes with glowing red eyes reminiscent of Jawas from Young’s current favourite, Star Wars.

“Soundmen were dressed as Coneheads,” McDonough detailed. “[Producer] David Briggs, in a white doctor’s coat, roamed the stage as Dr Decibel. The stage was set with ridiculously oversized amps and speaker cases, a huge mic and an equally giant tuning fork.” The audience would also be involved in the spectacle, as “Rust-O-Vision” glasses were handed out to each member, “purportedly allowing folks to watch Young and company decay before their very eyes. Group art at its finest.”

“A lesson in how to do the ridiculous”

Young’s ambitious Rust Never Sleeps tour of North America duly opened at Purdue University, in West Lafayette, Indiana, on 16 September 1978 and ran until 24 October, wrapping with a high-profile show at The Forum in Los Angeles. It made for quite a spectacle, but bringing it to fruition caused headaches for those behind the scenes.

The stage show was “one of Young’s lessons in how to do the ridiculous”, crew member Bob Sterne recalled in Shakey. “The Rust tour was a fuckin’ nightmare on one level, because you’re out there jerkin’ around, tryin’ to do stuff nobody knows how to do, and the shit didn’t work… but the fun of the show bailed you out of that.”

Both the concert film and the audio of Live Rust reveal that the stress was worth it. During the film’s opening stages, Young appears tiny and childlike amid the giant props. Seemingly asleep, he wakes up on one of the speakers and hops down to pick up his acoustic guitar, ushering in a solo acoustic set which is followed by an electric – and electrifying – set with Crazy Horse.

The results are consistently compelling. The acoustic tracks map out a brief retrospective of the Canadian’s early career, Young kicking off with the whimsical Sugar Mountain and the Buffalo Springfield-era I Am A Child, before touching on landmark tracks such as the ever-more-prescient eco lament After The Goldrush and the wistful, contemplative Comes A Time.

However, the fireworks really start when Young saddles up the Horse. The aggression he siphoned from punk is plainly apparent during raw, attitude-soaked versions of the Rust Never Sleeps staples Sedan Delivery, Welfare Mothers and the Johnny Rotten-referencing Hey Hey, My My (Into The Black) but it also crackles through choice selections from the band’s back catalogue. Cinnamon Girl (from Everybody Knows This Is Knowhere) is sprightly and euphoric; Cortez The Killer (a Zuma highlight) is at first lugubrious, then volcanic; Tonight’s The Night – Young’s harrowing requiem for fallen comrades, Crazy Horse guitarist Danny Whitten and roadie Bruce Berry – supplies a suitably tumultuous finale.

Even though the selections for Live Rust were compiled from numerous stops on the Rust Never Sleeps tour, the finished film and live album made for a cohesive whole which attracted widespread acclaim. In the wake of Rolling Stone choosing its predecessor, Rust Never Sleeps, as their Album Of The Year, Live Rust, which followed on 14 November 1979, rose to No.15 on the Billboard 200, going gold on both sides of the Atlantic.

Both titles may have been the result of Neil Young’s brain working in overdrive, but, once again, the Canadian maverick pulled it out of the bag. Taken together, Rust Never Sleeps and Live Rust capped off an incredible decade which frequently showcased Neil Young at the very top of his game.

Live Rust was “a compelling distillation of Young’s talents as a performer”, Ultimate Classic Rock wrote in a 2015 retrospective. “With songs spanning Buffalo Springfield (I Am A Child) through some of his best-known solo work (Cinnamon Girl, The Needle And The Damage Done) and into his new material, the triumphant Live Rust is still as good a starting place for Neil Young neophytes as 1977’s hits collection, Decade.”

Check out our best Neil Young songs to find out which ‘Live Rust’ songs continue to burn.