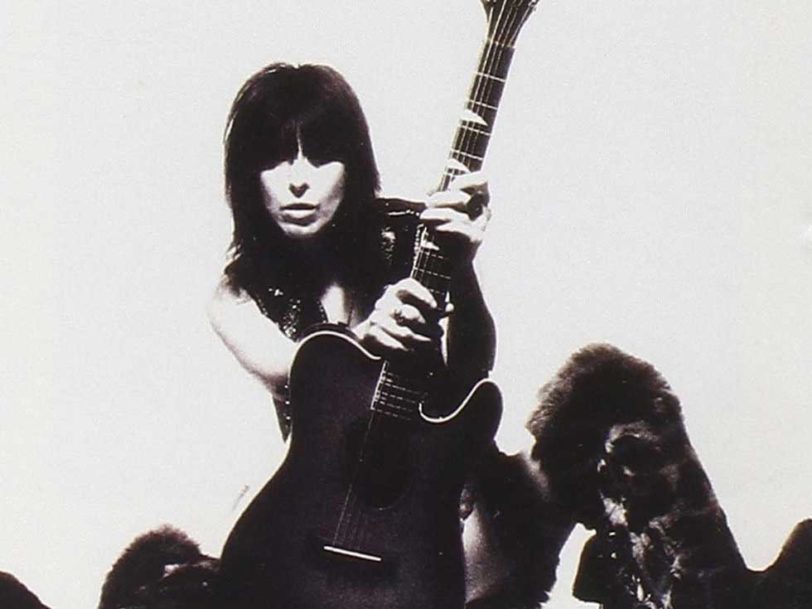 Last Of The Independents: How Pretenders Roared Back Into Battle

Full of attitude, killer rock songs and one epic ballad, ‘Last Of The Independents’ ranks among Pretenders’ very best albums.

Representing both a creative and a commercial rebirth, Pretenders’ sixth album, 1994’s Last Of The Independents, was the one the band’s loyal fanbase had been longing for. Stuffed with sassy songs full of attitude and killer hooks, it was everything a Pretenders record should be, and revealed that Chrissie Hynde had regained her mojo in no uncertain terms.

Listen to Last Of The Independents here.

“Rock is not about going to work”

Not that Hynde had lost her way, exactly. After all, her band’s two previous albums, 1986’s Get Close and 1990’s Packed, bequeathed a smattering of hits and were hardly devoid of inspiration. However, having made both records with a supporting cast of studio musicians, the notion of Pretenders as a fully-fledged “band” had dissipated somewhat after 1984’s Learning To Crawl. In the meantime, Hynde also had her second child and had become increasingly involved with environmental activism rather than music. By her own admission, her interest in the rock’n’roll lifestyle had waned considerably.

“How can you crank out an album every year? That would be like going to work,” Hynde reflected in the sleevenotes for Pretenders’ 2008 box set, Pirate Radio. “To my mind, rock is about not going to work. If it all becomes too professional and you don’t goof off enough, how will you have anything to talk about in the music? I need to hang out and have fun and be a nobody with a private life.”

Nevertheless, with a little help from her old friend and producer Nick Lowe, Hynde slowly began to reconnect with rock’n’roll. During the early 90s, Lowe was playing with a young guitarist named Adam Seymour (formerly of UK indie hopefuls The Katydids), and Hynde was suitably impressed by his abilities. Detecting a melodic flair and versatility in Seymour’s playing akin to that of her old sparring partner James Honeyman-Scott, Hynde recruited Seymour for Pretenders’ next album.

Taking place in Bath and London, sessions for Last Of The Independents began with Hynde and Seymour joined by sessioneers including ex-Smiths bassist Andy Rourke and drummers Jimmy Copley and James Hood, with producer Ian Stanley (later joined by Stephen Street) manning the console. With Copley behind the kit, they recorded the swaggering Night In My Veins, a UK Top 30 hit which suggested Hynde was back at her feisty best. However, the sessions really began to cook when Hynde decided to invite Pretenders’ original drummer, Martin Chambers, back into the fold.

“When Martin came back, it was a huge piece in this thing we’d been building – or rebuilding in Chrissie’s case,” Adam Seymour explained in 2008. “Up to then it had been good, and the players we’d been using were first-rate. But when Martin sat down, it began to feel like a real band. To my mind, he’s one of the great English rock drummers. There’s a definite thing going on in the rhythm between Chrissie’s guitar and Martin’s drums that you’d need a scientific equation to explain.”

When bassist Andy Hobson replaced Rourke as the sessions continued, the core four-piece Pretenders line-up which lasted for the next decade fell into place. With Hynde’s new songs also including compelling rockers such as Hollywood Perfume, the gritty Money Talk and the rockabilly rave-up Rebel Rock Me, the new team had the basis of a vintage Pretenders album on their hands. As it transpired, though, it was Last Of The Independents’ epic ballad which went on to become the record’s signature hit, even if Chrissie Hynde required some persuasion when it came to nailing it.

“I think she knew it was a hit”

“Ian [Stanley’s] persistence pulled I’ll Stand By You out of us, as Chrissie didn’t really want to sing it,” Seymour later recalled. “I kept at her, saying we’ve gotta have it, but Chrissie was in two minds about it. In part, I think, that was because she knew it was great, and probably a hit, so if she did it, she was going to be singing it for a while. So it was a struggle for her, but I thought it was too good not to have. Years later, we ran into Booker T & The MGs. They went on and on about how great [the song] was. They said it reminded them of Roy Orbison.”

Buoyed by Hynde’s show-stopping vocal, a stirring string arrangement and an empathetic lyric (“Take me in, into your darkest hour/And I’ll never desert you”), I’ll Stand By You was indeed a sumptuous creation. As Seymour predicted, the song’s universal message struck a chord and went Top 20 on both sides of the Atlantic. Now widely accepted as one of rock’s truly great power ballads, it was used in the pilot episode of US teen drama Dawson’s Creek and has been covered by artists as diverse as Girls Aloud and Carrie Underwood.

“Leads Pretenders to a new plateau”

Later yielding a third hit courtesy of the tough yet tender 977, Last Of The Independents put Pretenders right back on the map. Ably assisted by enthusiastic reviews (including Rolling Stone’s assertion, “Veteran no-bullshitter Chrissie Hynde leads her Pretenders to a new plateau”), the album did brisk business following its 9 May 1994 release, peaking inside the UK Top 10 and going gold in both the US and UK. Such was its quality that the record even reignited Chrissie Hynde’s love of live performance after her eight-year break from touring.

“While my kids were starting school, I didn’t really miss [playing live] because I didn’t have time to think about it,” she said in 2008. “But when we came back and I started playing little clubs in the States, trying to build our thing up again, I remember clearly – five songs in on the first show – looking around me on the stage and seeing the guys and thinking, This is fucking great. It’s only then I realised something had been missing for me.”

Find out how it all began, with the story behind Pretenders’ debut album.

1999: Behind The Prince Song That Started A New Era In Pop Music

Inspired by Nosferatu’s prophesies for the end of the world, Prince’s 1999 song pointed to a bold new future for pop music.

‘Light Years’: How Kylie Minogue Found Her Future In Disco