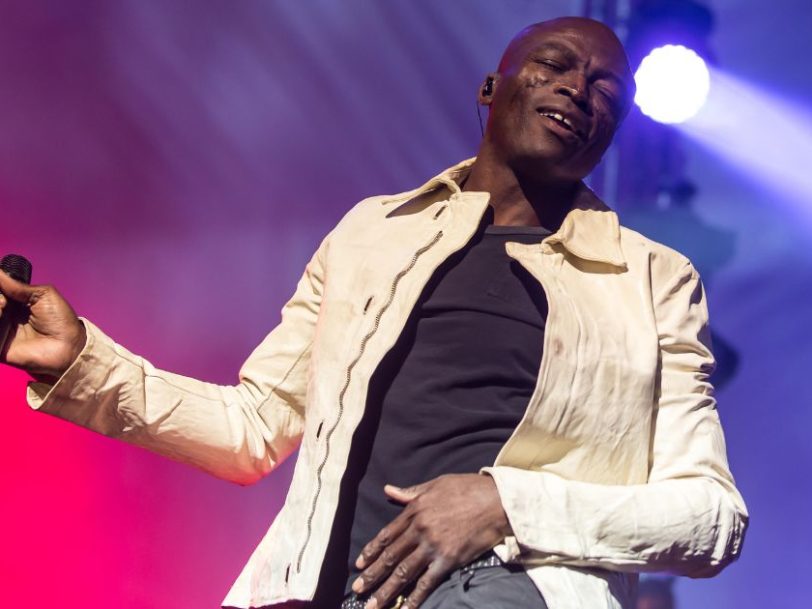 Kiss From A Rose: How Seal Came Into Bloom With Just One Song

Initially dismissed as an embarrassing ‘experiment’, Kiss From A Rose made the London-born singer Seal a global star.

There’s a long history in rock and pop of artists who grow to hate some of the songs that made them famous. Kurt Cobain ended up detesting Nirvana’s Smells Like Teen Spirit, while Led Zeppelin’s frontman, Robert Plant, became weary of Stairway To Heaven. The Who’s Pete Townsend cringed whenever he heard Pinball Wizard while Oasis’ outspoken singer, Liam Gallagher, loathed his band’s iconic anthem Wonderwall, once confessing to an interviewer: “I can’t fucking stand that fucking song.” And then there is Seal, who has also had an uneasy relationship with arguably his most famous hit, Kiss From A Rose, despite it causing his career to blossom in the mid-90s.

Listen to the best of Seal here.

“The song started off as an experiment”

The husky-voiced London singer had first appeared on the pop radar in 1990, when he provided a memorable vocal cameo on Adamski’s chart-topping dance track, Killer. The single’s success made Seal hot property, resulting in a record-company bidding war to get his signature; he ended up rejecting the majors and instead joined producer Trevor Horn’s art-house label, ZTT, which had been home to Frankie Goes To Hollywood, Propaganda and Grace Jones in the 80s. With his glossy high-tech production values, Horn transformed Seal into an instant star; the singer’s debut single, Crazy, shot to No.2 in the UK charts, paving the way for Seal’s self-titled debut album to rocket to the top of the UK albums chart.

Three years passed before Seal released a follow-up. Also self-titled, Seal’s 1994 album (often referred to as “Seal II”) was again produced by Horn, and its first single, Prayer For The Dying, soon scaled the charts. It’s follow-up, however, was very different compared to the rest of the album; titled Kiss From A Rose, it was arranged in waltz times and radiated a medieval folk quality. Brought to life by Seal’s layered, multi-tracked vocals and arranger Anne Dudley’s lush orchestration, the song sounded different to anything else in the charts at the time.

“I was embarrassed by it so I wouldn’t play it”

Seal had written Kiss From A Rose seven years earlier, in 1987, at a time when he was poor, homeless and living in a squat. “The song started off as an experiment,” he disclosed to the website Genius in 2015, explaining that he recorded it on a Portastudio, a primitive multi-tracking device that used a cassette tape. Afterwards, he rejected the tune and “threw the tape in the corner”.

But Kiss From A Rose came to haunt Seal, and when Trevor Horn learned about its existence while they were cutting “Seal II”, he asked to hear it. Seal was reluctant at first – “I was embarrassed by it so I wouldn’t play it for my producer,” he recalled – though he eventually gave in. “Trevor kept asking me about this ‘rose’ song he’d heard about. My friend had told him about it. I finally played it to him on the second album, because he kept brow-beating me into it.”

Horn persuaded Seal to record the tune, but afterwards Seal was still unsure and decided to leave it off the album. “I still didn’t like it, and I convinced Trevor that it wasn’t any good and we took it off the album,” he told The Guardian in 2010.

But Seal changed his mind again after his publicist expressed her admiration for the song, which resulted in the track being restored to “Seal II”’s running order. But when the song was issued as the set’s second single, on 18 July 1994, backed with a cover of the Jimi Hendrix tune The Wind Cries Mary, it didn’t do as well as some had predicted, plateauing at No.20 during a short five-week chart run.

Kiss From A Rose’s modest chart success seemed to vindicate Seal’s lack of faith in the song, but just when its bloom seemed to be fading fast, the tune was surprisingly revived when it was chosen for the soundtrack of the fantasy movie sequel The NeverEnding Story III: Return To Fantasia, a joint English-German production starring Jack Black that premiered in Germany in the autumn of 1994.

As both the movie – which received disappointing reviews – and its soundtrack didn’t get a US release at the time, Kiss From A Rose’s commercial profile didn’t seem to improve much, but that would change the following year when the song appeared in another film – this time, a big-budget Hollywood blockbuster about a Gotham City superhero.

Movie director Joel Schumacher was looking for soundtrack music for the new Batman film, Batman Forever, starring Val Kilmer as the “Caped Crusader”. He initially considered Kiss From A Rose for a scene between Batman and his love interest, Dr Chase Meridian, played by Nicole Kidman, before deciding the song should appear during the closing credits.

Schumacher liked the song so much that he also directed the promo video for it, which featured some leftover footage from the movie and helped secure the song an MTV Movie Award nomination for Best Musical Moment. Schumacher’s expensive-looking video also reignited public interest in Kiss From A Rose, which was reissued as a single and reached No.4 in the UK while storming to the top of the Billboard Hot 100 in the US. A year later, in 1996, the song scooped three Grammys: for Record Of The Year, Song Of The Year and Best Male Pop Vocal Performance.

Kiss From A Rose’s spectacular success was career-changing for Seal, as he admitted two decades later: Trevor Horn had “turned that tape from my corner into another eight million record sales and my name became a household name”.

The song’s newfound popularity dramatically altered the singer’s perspective, with embarrassment giving way to pride, and dislike transformed into a belated fondness. “Of course, I love it now,” he confessed in 2015. “I am just so appreciative of the fact that I have a song like that, that most people love.”

Find out the full story behind Seal’s 1994 album.