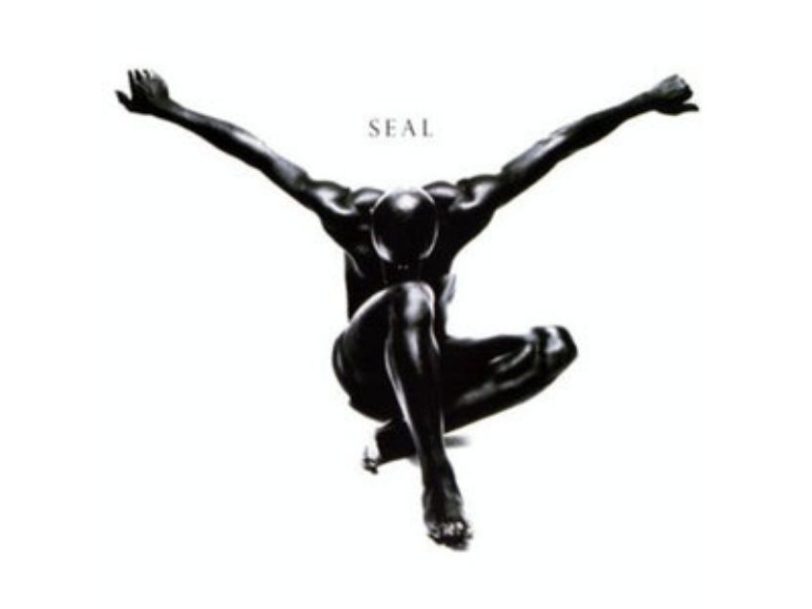 How Seal’s 1994 Album Sealed His Success With A Kiss

Released in 1994, Seal’s second self-titled album spawned his most successful song, the Grammy-winning Kiss From A Rose.

The fact that Seal’s second album, which, like his platinum-selling 1991 debut, was self-titled, caused some confusion for record buyers when it was released in the spring of 1994. But while many dubbed it “Seal II”, in order to distinguish it from its predecessor, just one listen made it clear that Seal’s 1994 album was a creative leap on from what had come before.

After the phenomenal success of his debut – which topped the UK albums chart and also spawned the Top 10 UK hits Crazy and Killer – the husky-voiced, six foot three inches singer born Seal Henry Samuel went back into the studio with Trevor Horn, the genius producer behind ABC’s The Lexicon Of Love and Frankie Goes To Hollywood’s Welcome To The Pleasuredome, to create an album that would bring him global fame.

Recorded in Sarm West, the hub of Horn’s ZTT empire, Seal’s 1994 album featured some of the same personnel that had helped put his first record together, among them string arranger and ex-Art Of Noise keyboardist Anne Dudley and guitarist Augustus “Gus” Isadore, who co-wrote six of the records eleven songs. The album also contained guest appearances by two US musicians who had risen to fame as part of Prince’s group The Revolution, guitarist Wendy Melvoin and pianist Lisa Coleman – aka Wendy & Lisa – who collaborated with Seal and Isadore on two tracks. An even more significant presence on the album came via an ultra-rare cameo by one of the best rock and pop songwriters of all time, Joni Mitchell.

A heightened sense of anticipation

Given a single release ahead of the album, Prayer For The Dying, co-written by Seal and Isadore, was a simmering track about finding positivity in life’s bitter experiences, and “playing with fire and not getting burned”. It rose to No.14 in the UK, and fared even better in Canada (where it hit No.2) and on Billboard’s American Alternative Airplay chart, where it peaked at No.3.

As a sample of his forthcoming record, Prayer For The Dying heightened the sense of anticipation among the Paddington-born singer-songwriter’s fans, and, following its release, on 23 May 1994, Seal’s second self-titled album rocketed into pole position in the UK, going on to spend 60 weeks on the chart – two more than its predecessor. It may have borne the same name as that record, but the new album’s cover revealed Seal’s new image: gone were the short dreadlocks he sported on the sleeve of his debut album, replaced by a clean-shaven head which has been the singer’s look ever since.

While some of the album’s tracks built on the well-defined soulful techno-pop foundations Seal had already lain – like the future-funk of Bring It On, co-written with Wendy & Lisa, which revived the syncopated groove of his inaugural hit, Crazy – other songs found Seal venturing into new areas. Fast Changes featured a jazzy flute which danced around Seal’s voice, set as it was against a backdrop of evocative Indian tablas combined with an acoustic guitar. And then there was the lush ballad If I Could, on which Joni Mitchell briefly harmonised with Seal before offering ad-libbed counterpoints.

The album’s central song was a tune that Seal wrote as far back as 1987: Kiss From A Rose, which he’s composed while living in a London squat. A baroque-tinged tune in 3/4 time, it found Seal’s densely layered, multi-tracked vocals and Anne Dudley’s opulent orchestration conspiring to make a memorably sophisticated hit that was stylistically at odds with 90s pop in general.

Seal has never explained the song’s cryptic lyrics, but he did tell MTV News that they were “grammatically incorrect”. “‘I’ve been kissed from a rose’ doesn’t look great on paper,” he explained, “but it sounds great in the context of the song… I think it’s the gist of what I’m saying which is more important rather than its literal translation.”

Yet he originally thought Kiss From A Rose “was crap”, as he told The Guardian’s Angus Batey in 2010, adding, “I didn’t like it and I convinced Trevor [Horn] that it wasn’t any good and we took it off the album. I thought it was too flowery and didn’t fit.”

Seal’s confidence in the song was, however, restored when his publicist said she really liked it, and the singer returned Kiss From A Rose to the album’s tracklist. Released in July as the second single from Seal’s 1994 album, the song inched its way up to No.20 in the UK before slipping out of the chart – seemingly for good.

But Kiss From A Rose’s evocative music and Seal’s dramatic voice would prove perfect for cinema, igniting a new round of interest in the tune when it was included in the soundtrack of the English-German fantasy film The Never Ending Story III: Return To Fantasia, released in October. Following that breakthrough, Seal’s then manager pitched it to be included in the Hollywood blockbuster Batman Forever. Initially considered for use in a love scene between Batman (Val Kilmer) and Dr Chase Meridian (Nicole Kidman), the film’s director, Joel Schumacher, liked the song so much that he gave it the movie’s prestigious end-credits slot.

The success of Batman Forever took Kiss From A Rose to a new and much bigger audience. Subsequently reissued in the UK, the song stormed all the way to No.4 during a 13-week chart stay, and shot to the top of Billboard’s Hot 100 at the end of August 1995, helping to push Seal 1994 album to No.15 in the US, where it stayed for an astonishing 118 weeks.

But that wasn’t the end of Kiss To A Rose’s success. As well as helping the parent record shift six million copies, it did spectacularly well at the 1996 Grammy awards, triumphing in the categories of Record Of The Year, Song Of The Year and Best Male Pop Vocal Performance.

Producing his biggest hit single and signature song, Seal’s 1994 album helped to confirm its creator as a household name, especially in the US. Clearly, a significant talent had blossomed.