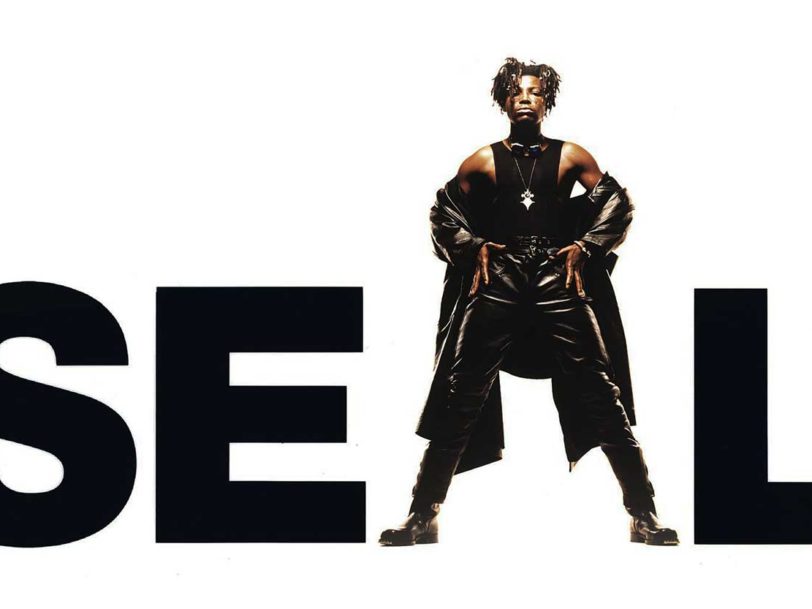 You couldn’t ignore Seal. Standing at a towering six feet four inches, he certainly stood out from the crowd, but it was his unforgettably husky singing voice that really got him noticed. The first the world got to hear of the London-born singer-songwriter was in March 1990, when the British acid-house DJ and producer Adamski featured the then 26-year-old Seal on the single Killer. Dramatically juxtaposing Seal’s warm, soulful tones with Adamski’s cold metallic synth sounds over a throbbing and darkly ominous dance groove, Killer caught the imagination of the British record-buying public, who quickly propelled the single to the UK top spot in May 1990, where it stayed for a month, paving the way for Seal’s debut album to follow.

By that time, Seal was hot property, and found himself the subject of a bidding war between major record companies. Prior to that, though, his life had been defined by hardship and struggle. Born Seal Henry Olusegun Adeola Samuel in Paddington, West London, to a Brazilian father and Nigerian mother, the singer’s family life was characterised by instability; as a youngster he went into foster care and, later in his teens, he ended up homeless and living on the streets.

Though, career-wise, Seal had dabbled with different pursuits – ranging from bike messenger to McDonald’s employee and working in fashion design – music eventually proved to be his vocation. His distinctive voice earned him a place singing with London’s Gilles Peterson-championed acid-jazz band Push on a tour of Japan in 1989. On the way back to England, when the band briefly stopped off in Bangkok, Thailand, Seal decided to stay in Asia, initially earning money singing with a barroom blues band before spending a year travelling.

Seal had only just come back from the Far East when he hooked up with Adamski. Not so long after being destitute, the success of Killer resulted in Seal being offered colossal sums of money to sign a solo record deal. There were many tempting offers but, ultimately, he chose to ink a contract with ZTT, the Warner-distributed art-house label co-founded by Trevor Horn. A former bass player with pop duo Buggles (of Video Killed The Radio Star fame), in the 80s Horn morphed into a visionary record producer who used using cutting-edge technological wizardry to mastermind groundbreaking pop records for ABC, Frankie Goes To Hollywood, Propaganda, Art Of Noise and Grace Jones. Renowned for creating a production sound that was grandly cinematic, Horn recruited a cadre of trusted session musicians to help bring Seal’s debut album to life in several different recording studios during the summer and autumn of 1990.

By November of that year, ZTT was ready to unleash Seal’s hotly anticipated debut single, Crazy, co-written by the singer with collaborator Guy Sigsworth. With lyrics purportedly inspired by the student protests in Beijing’s Tiananmen Square, in 1989, and the destruction of the Berlin Wall a year later, the song blended elements of pop, soul and electronic dance music into a stunning showcase for both Seal’s mesmeric vocals and Horn’s widescreen sonics. Unsurprisingly, Crazy rocketed into the UK singles chart, quickly breaking into the Top 5 on its way to No.2, where it was kept off the top spot by Enigma’s Sadeness Part One.

Crazy’s phenomenal success set the stage for the release of Seal’s debut album, which hit the shelves on 24 May 1991. As well as Crazy, it included Seal’s second single release, Future Love Paradise, a utopian hymn for a better world, delivered over a churning, bass-heavy groove. Having been released earlier that month, as the lead track of his Future Love EP, the song helped the three-track record on its way to No.12 in the UK (in Ireland and parts of Europe – Norway, Holland, Switzerland – it did even better, breaking into those countries’ respective Top 10s).

Having opened the album, The Beginning was also lifted as its third single. A bubbling dance track about the redemptive power of music, and distinguished by an anthemic chorus, it went Top 30 in the UK in July 1991. Four months after that, Seal’s own version of Adamski’s Killer – made more grandiose than the original, thanks to Horn’s sweeping production – took him back into the UK Top 10, settling at No.8.

It wasn’t the final single that ZTT lifted from the record; that was Violet, which in its album form was almost nine minutes long and meandered with a woozy, daydream-like ambience, with soft, seductive synth textures and jazzy acoustic piano lines framing Seal’s voice while snippets of movie dialogue and sound effects heightened the atmosphere. In its edited single version, the song was another Top 40 hit.

The remaining four tracks on Seal’s debut album ranged from the episodic Deep Water, which began as a folky rumination before morphing into a soaring pop-soul symphony, to the less dramatic Whirlpool, a blues-tinged number driven by acoustic guitar and augmented by piano and synth embellishments. Elsewhere, the roving, uptempo Wild lived up to its title while the sparsely arranged ballad Show Me demonstrated that Seal could handle slower songs as well as livelier outings.

Such was the anticipation greeting its release, the record debuted at No.1 in the UK and spent 58 weeks on the chart, eventually racking up double-platinum sales. It also earned the 28-year-old singer a prestigious BRIT Award in the category of Best British Album. Elsewhere across the world – throughout Europe and also in Brazil, New Zealand and Australia – Seal’s debut album enjoyed a similar level of success. Also reaching No.27 in the US pop chart, it eventually went on to sell over a million copies stateside, helping Seal to cement his place alongside the likes of Prince, Madonna, Cher, Sade and Sting – all era-defining pop stars familiar to the public by a single name.