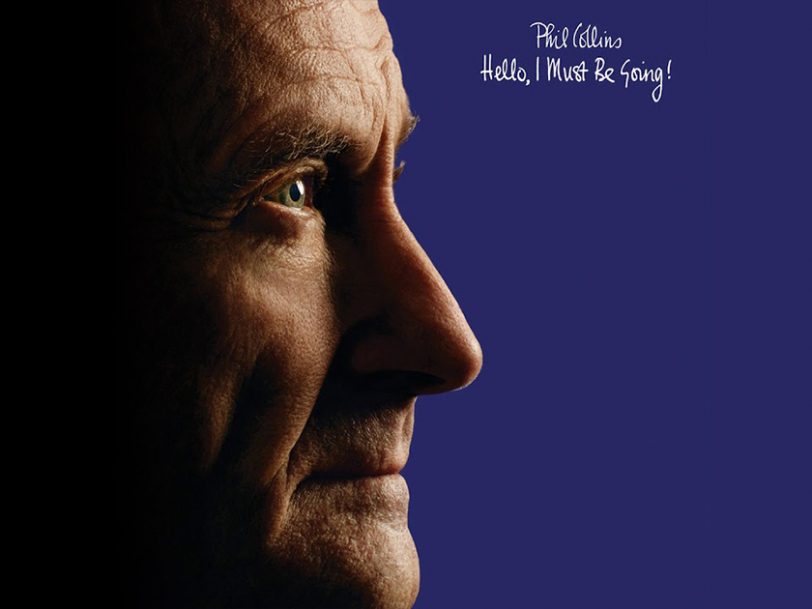 ‘Hello, I Must Be Going!’: How Phil Collins Greeted Pop Stardom

Bringing soul influences to the fore, Phil Collins’ second album, ‘Hello, I Must Be Going!’, saw the singer return with another smash.

Taken aback by the breakout success of his 1981 debut album, Face Value, Genesis frontman Phil Collins quickly found himself courting a successful solo career. His iconic drum break on In The Air Tonight became an MTV hit and shattered people’s expectations – least of all his. “I wasn’t expecting to make a second album,” Collins said, noting how his sudden rise to solo stardom had been something of a surprise. Nevertheless, his follow-up album, Hello, I Must Be Going!, would give him an opportunity to assert his newfound freedom as a solo artist and cultivate his own unique place on the pop charts.

Listen to ‘Hello, I Must Be Going!’ here.

“I have to follow a solo album that wasn’t meant to be an album, far less a hit”

In retrospect, it’s possible Collins wasn’t quite emotionally ready to catapult himself to higher levels of fame, still coming to terms as he was with his divorce from ex-wife Andrea Bertorelli. “The next emotion I have to deal with is my own fear,” Collins wrote in his memoir, Not Dead Yet. “I have to follow a solo album that wasn’t meant to be an album, far less a hit.” Fearful of losing touch with his children and bombarded with legal letters on a daily basis, the beleaguered singer set to work.

The lead single to be released from Hello, I Must Be Going! was Thru These Walls. Issued in October 1982, it was a slow-burning pop brick hurled through the art-rock window. With a drum break cut from the same cloth as In The Air Tonight, the song’s atmospheric Prophet-5 synth lines build to an unorthodox tootling rhythm.

Based on a stay at a Madrid hotel where Collins and his new girlfriend could hear a couple making love in the next room, Thru These Walls inspired a controversial music video that was banned by the BBC. “It’s just an idea of this bloke that basically has nothing much going for him in life,” Collins explained. “He gets most of his pleasure by listening to other people, you know, a voyeur.”

Following on 5 November, Hello, I Must Be Going! yo-yoed between post-divorce dejection and soulful pop excursions. Co-produced with Hugh Padgham, its personal subject matter would resonate with listeners, who sent the album to No.2 in the UK.

“The last thing I want to do is make a second divorce album,” Collins wrote in his memoir, “but being someone who writes from the heart and not the head, right now I have no option.” The album, however, is arguably more upbeat than its predecessor, mainlining pure joy thanks to an invigorating cover of a Motown hit written by songwriting trio Holland-Dozier-Holland.

Collins’ take on The Supremes’ US chart-topper You Can’t Hurry Love was released as Hello, I Must Be Going!’s second single, and Collins was delighted when it scored him his first UK No.1 and reached the Top 10 in the US. Far from being a sullen and moody reinterpretation, the song showcased the singer’s love of soul music with an authentically buoyant remake of a song about waiting for new love. “I think of it as one of the forgotten Supremes songs, a bit of a dark horse,” he reflected, later observing that he felt the single had saved the album’s chances.

Fired up with his fondness for the 60s Detroit hit factory, Collins’ songwriting on Hello, I Must Be Going! has a more soul-influenced vibe. The bouncy 70s blast of I Cannot Believe It’s True sees him once again joined by The Phenix Horns, the Earth, Wind And Fire brass section that had added so much to Face Value. Typically, the song’s lyrics are deeper than its catchy melody conveys, with Collins reflecting on legal correspondence he was receiving from his ex-wife (“I opened your letter yesterday/I couldn’t believe my eyes”). The same appears to be true of It Don’t Matter To Me, whose joyful horns distract from a song about reacting to a breakup with zen-like indifference.

Hello, I Must Be Going!’s third single was its opening track, I Don’t Care Anymore, a stinging, vitriolic rocker foaming with all the indignation of a spurned spouse. “It’s a frustrating, enraging situation,” Collins wrote in his memoir of his divorce, “one that, alas, won’t be ending any time soon, but also an inspiring one.” With its clattering drum beat and dogged refrain, I Don’t Care Anymore went Top 40 in the US and earned itself a Grammy nomination for Best Male Rock Vocal Performance. It remains one of the best Phil Collins songs of the era.

Building on the sound he pioneered on In The Air Tonight, Hello, I Must Be Going! saw Collins apply his gated reverb production techniques to other musical styles. The moody and acerbically sung Do You Know, Do You Care? bathes itself in a dark and forbidding atmosphere, while the jazz instrumental The West Side sees him branch out with a sorrowful sax solo by Don Myrick. Then there’s the solemn album closer, Why Can’t It Wait ’Til Morning: a smoky, Billy Joel-esque barroom piano tune with string arrangements by the much in-demand Martyn Ford (Bryan Ferry, Kate Bush).

“I write songs as a result of what happened to me”

The fourth single released from the album, Don’t Let Him Steal Your Heart Away typifies this more stately approach. A lush Elton John-style ballad with baroque stabs of Beatles-esque strings, it could well have been applying poetic licence to the news that Collins’ ex-wife had found a new partner and was planning to take their children, Joely and Simon, to start a new life in Canada. “Suddenly my son wouldn’t have a dad because my wife decided to leave me, so I got very depressed,” Collins said. This might have been what prompted him to use pictures of his kids in Hello, I Must Be Going!’s gatefold vinyl sleeve.

Despite a lot of the album’s songs clearly being inspired by his divorce, Collins was relatively unapologetic. “I’m loathe to keep talking about it because people say I’m whinging on,” he told Melody Maker. “But I write songs as a result of what happened to me.” His candid songwriting didn’t seem to do his career prospects any harm. In 1983, the success of Hello, I Must Be Going! earned Collins a BRIT Award for Best British Male Artist.

Collins’ take on divorce-related acrimony struck a chord with early-80s audiences. In 1982, the year he released Hello, I Must Be Going!, 146,000 people in the UK had filed to end their marriages, the second-highest year for divorce on record at that time. Since 1950, the number of couples getting divorced had increased by around 450 per cent. With this in mind, it’s no surprise that the album connected with so many people.

“It’s a human trait that people feeling sad don’t put on a happy album, they put on a sad one and wallow in it,” Collins said. Through this admission, it’s clear the singer’s blend of classy pop-rock melodies with melancholic musings on marriage breakdown reflected the times better than anyone else. Going on to sell three million copies in the US, Hello, I Must Be Going! proved there was life beyond Genesis for Phil Collins, and that he wasn’t going anywhere any time soon.