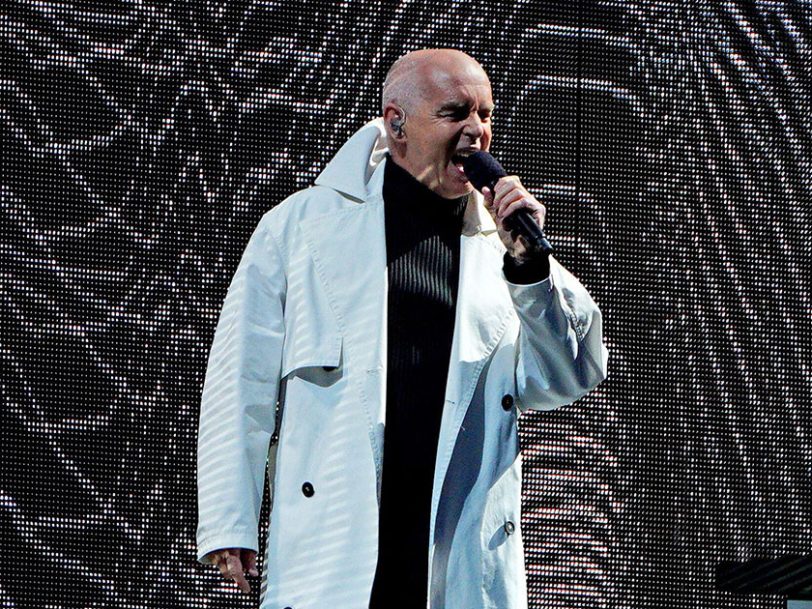 ‘Elysium’: Behind One Of Pet Shop Boys’ Most Authentic Albums

‘Elysium’ is perhaps one of the most personal Pet Shop Boys albums. Its release also marked a major turning point for the musical duo.

For their 11th studio collection – and their final release on the legendary Parlophone label – Pet Shop Boys Neil Tenant and Chris Lowe had a clear ambition: “to make an LA album”. Recording in the US city, with its abundance of seasoned session musicians and access to the best producers on the planet, might likely have delivered a set with universal appeal, but what emerged as Elysium offered a more idiosyncratic reflection of where Pet Shop Boys found themselves in the early 2010s.

Uplifting melancholia and a steady divergence from pop

While crafting some demos during downtime as the support act on Take That’s mammoth Progress Live tour of 2011, and dusting off a further number from earlier writing sessions, a theme started to emerge: “something downbeat” is how Chris, with characteristic bluntness, defines it (though he has also offered “smoother” and “reflective”). The duo claimed influence from Kanye West’s then recent 808s & Heartbreaks and the soundtrack to Drive, by composer Cliff Martinez, with both shaping the sound of the 15 tracks that were cut with producer Andrew Dawson, who had previously engineered the Kanye record.

Twelve of the songs the trio worked on made it to Elysium, which was launched with the single Winner (issued just as London was gearing up to launch the 2012 Olympic Games). The song had briefly – and surprisingly – been conceived as a track that One Direction might enter the Eurovision Song Contest[] with but, when that ambitious concept lost momentum, Andrew Dawson’s rich instrumentation accelerated it to the starting line of the Elysium promotional marathon.

Leaving – a track that Gary Barlow would call “classic PSB” – was picked as Elysium’s second single, and it opens the album. Its smooth LA sheen is a better representation of the wider record, and its uplifting melancholia makes for one of the best Pet Shop Boys songs of the 21st century. Elsewhere on Elysium – and once considered a contender for it first single – Invisible is a brooding gem that Tennant picks as one of his personal favourites from the group’s entire career. Its richness offers echoes of the band’s Behaviour album, but its narrative about ageing is entirely of its moment – a perspective both Lowe and Tennant admit spoke to their increasing sense of the steady divergence between current pop music and their own work.

An authentic perspective at a critical moment

Your Early Stuff ups the tempo a little, its textured theatricality returning to the haunting weight of the group’s colossal back-catalogue. Those seeking a classic Pet Shop Boys disco rush get their reward on the album’s fifth track, A Face Like That, whose brilliant Italo-disco synths could conceivably have come from the duo’s imperial 80s peak.

Breathing Space slows the pace immediately, and this melodic ballad, written in Berlin during 2009, is a real highlight of Elysium. Ego Music, with its stuttery, half-tempo charisma, is a “satire” track of the type that Pet Shop Boys have increasingly made their own (I’m With Stupid, from 2006’s Fundamental album, being perhaps the most famous example). It leads into the surprising Hold On, which presents the duo in full Broadway flow on a track that oscillates between blind optimism and crushing pessimism, with a little help from Handel – classic Pet Shop Boys.

Give It A Go is sometimes labelled a 70s soundbite, and there are certainly Gilbert O’Sullivan top-notes to enjoy. Memory Of The Future is more familiar electro-pop, which led to its pick as Elysium’s third and final single. Stuart Price would remix the song for its standalone release, thereby offering a neat segue into his work producing the duo’s next three albums: Electric, Super and Hotspot.

Everything Means Something and Requiem In Denim And Leopardskin close the album. The former is a brooding, dense package not without charm, and the final cut is a luscious disco retrospective which, while not offering any sense of arms-in-the-air euphoria, is warm and uplifting: a perfect end-of-the-night last dance.

Though Neil and Chris hadn’t intended to leave Parlophone while they were creating Elysium, the project offers something of a punctuation mark between a slowing momentum of what had gone before and the frantic dance direction of their next records, which breathed fresh life into the partnership. Released on 5 September 2012, Elysium’s often-muted pitch and wistful melancholia – reflected in a water-themed artwork that remains one of the softest of Pet Shop Boys album covers – may have caught some listeners off-guard, but there’s plenty to suggest that the brooding tone of the album offers a more authentic perspective on the UK’s most successful musical duo at a critical moment in their lengthy career.