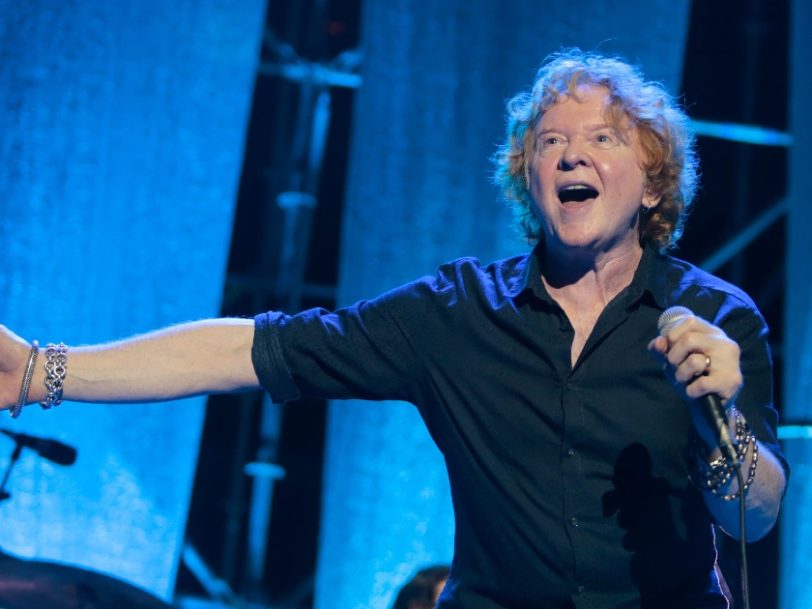 After putting Simply Red on hiatus in 2010, Mick Hucknall spent his days enjoying being a husband to his wife, Gabriella, and father to his daughter, Romy. “I wanted to switch off from the music and just be there for my family,” the singer explained. His group had not released a new album since 2007’s Stay, and with Hucknall seemingly concentrating on solo work – 2008’s Tribute To Bobby and 2012’s American Soul – it seemed for a moment that Simply Red’s days were numbered. All that changed, however, when a proposed reunion tour resulted in enough material for a Simply Red comeback album, 2015’s Big Love.

Initially, the band’s manager had suggested Hucknall stage a world tour to celebrate the group’s 30th anniversary. After agreeing to set aside time to write some new material for a greatest-hits compilation, Hucknall soon found himself writing a dozen songs that reflected his new life. “The theme of the new album is family, and all that brings,” Hucknall told The Huffington Post. “It was so natural putting that into the music.”

“I wrote in a style appropriate for the 30th anniversary”

Big Love’s opener and lead single, Shine On was a burst of buoyant funk nostalgia released in April 2015; with its cheery syncopated rhythm, it recalled the band’s famous hit Something Got Me Started. “We always had this tradition of opening up with a kind of groovy track,” Mick Hucknall said, hoping to treat Simply Red fans with a “classic” sound that tapped into the same soulful vein as their juggernaut 1991 album, Stars. “I tried to write in a style that I thought was appropriate for the 30th anniversary.”

What quickly became apparent upon the release of Big Love, on 29 May 2015, was just how joyous and warm-hearted the album was. Since being raised in a single-parent household by his father, after his mother walked out when he was just three years old, Hucknall hadn’t enjoyed the sort of upbringing he was now able to bless his own family with. “I’m very happy in my life,” the singer went on to admit. “My focus is my family and actually enjoying what I have.”

Musically, Big Love saw the songwriter double down on a soul-infused pop jollity that combined his domestic bliss with a sentimental sound tailor-made for Simply Red’s core audience. “I just tried to focus my mind on this kind of blue-eyed soul notion of what defined the sound of Simply Red,” Hucknall explained. With songs such as the title track celebrating marital bliss (“Our golden child at play/See her she’s miles away”) and Each Day expressing romantic devotion (“What’s important is that you know/That I need you to stay forever”), Big Love marked Simply Red’s return to the sound of their glory days.

Though the pervading mood of the record is one of joy – perhaps best exemplified by the lush wah-wah disco-funk of the songs Tight Tones and WORU – Big Love also contained one of Mick Hucknall’s most painfully honest and deeply autobiographical songs. Written in response to his father’s death, as a “tribute to his devotion and dedication to me”, Dad was a dewy-eyed companion piece to Simply Red’s 1985 hit Holding Back The Years. “When I lost my dad in 2009, I could have lost everything,” Hucknall told The Daily Telegraph, revealing that being a father himself helped him overcome his grief.

Fearing the song would make him overly emotional while singing it, Mick reflected on the vital role Reg Hucknall played in his younger days. “I thought about it a lot and wanted to do him justice in a song,” he said. A notable highlight on Big Love, Dad addressed the singer’s deeply felt sense of loss with lyrics that directly referenced being abandoned by his mother (“She left, you stayed/It really wasn’t simple at all”).

Big Love’s second single, The Ghost Of Love, was released in the summer. Across a heavily orchestrated swell of 70s-inspired disco strings, Hucknall delivered a balmy vocal which proved that age hadn’t diminished his iconic voice. Imbued with his experience of bereavement and how love for his family helped him pull through, the song is a haunting but ultimately optimistic lyrical spectacle (“Don’t be afraid of the ghost of love/It’ll haunt you as long as you want”).

“I have a family that I thought I’d never have, and it changed my life completely”

As Simply Red kicked off a world tour that would culminate in two nights at London’s O2 Arena, Big Love won fans over, recalling the band’s heady days of chart-conquering success when it peaked at No.4 in the UK. From a songwriting perspective, the songs were as immaculately crafted as ever: the album’s final single, Love Gave Me More, even boasted some of Mick Hucknall’s most poetic lyrics to date (“Smile like a view on a misty garden/Eyes from the dew of a crystal dawn”).

“I have a family that I thought I’d never have, and it changed my life completely,” the singer said of his new-found bliss. At the time, he described Big Love as a bookend to Simply Red’s career, and compared it to their debut album, Picture Book. A stately return to form, it reminded the world just what made Simply Red one of Britain’s biggest pop sensations in the first place.