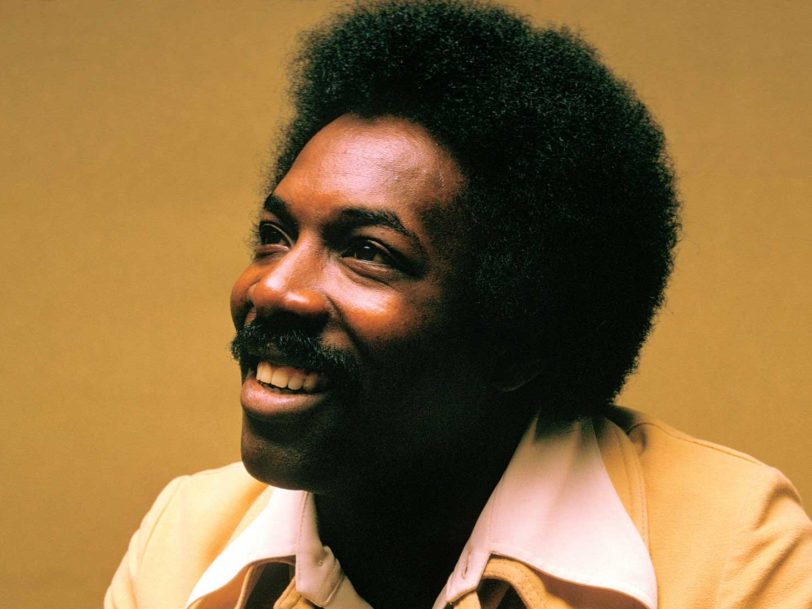 Stagger Lee: Behind The Immortal Blues Song “Too Violent For TV”

A classic song recorded by over 500 artists, Stagger Lee was perhaps best captured by Wilson Pickett, who was dubbed “Stagger Lee incarnate”.

Few songs can match Stagger Lee in terms of a complicated and disputed backstory. The song, which has been recorded by more than 500 artists, in nearly every musical style, from punk and heavy metal to country and hip-hop, even divides opinion on the definitive spelling of the protagonist’s name. Wilson Pickett’s famous hit from 1967, issued on Atlantic Records, named him Stag-O-Lee, but the song has also been called Stagger Lee, Stack-A-Lee, Stagolee, Stack-Alee and Stack O’Lee.

A part of American folklore

What is agreed upon is that the song was inspired by a real-life killing in St Louis, Missouri, when two black friends clashed violently. Texas-born “Stack” Lee Shelton was a notorious pimp and gambler who gained his place in music history for what happened on a festive evening in 1895 (sources also disagree about whether the altercation happened on Christmas Eve, Christmas Day or even 27 December). Shelton was drinking with Billy Lyons at the Bill Curtis Saloon when a drunken argument about politics got out of hand. When Shelton damaged Lyons’s derby hat, the levee labourer grabbed Shelton’s white Stetson and refused to give it back. Shelton pulled out a .44 Smith & Wesson revolver and shot Lyons in the abdomen. He died in agony in hospital a few hours later.

Shelton’s life certainly didn’t lack for drama. He was jailed for killing Lyons and spent a decade in jail before being pardoned by the Governor of Missouri. Less than two years later he was in prison again for another gun murder, and he died there in 1912 of tuberculosis. By then the song about him was already part of American folklore, which only deepened when legendary Library Of Congress musicologist John Lomax publicised a transcript of what was called The Ballad Of Stagalee.

Too violent for TV

In the 20s, numerous versions of Stagger Lee began to be recorded, including by Ma Rainey and her band (featuring a young Louis Armstrong on cornet), Duke Ellington and Cab Calloway. In 1928, blues musician Mississippi John Hurt recorded what is perhaps the most famous pre-war version.

By the time the R&B singer Lloyd Price, known as Mr Personality, recorded he in 1957 – in a version that became a No.1 hit two years later – the mythology about the killing had increased to the point that Price’s lyrics referred to Shelton’s bullet going straight through Billy and “breaking the bartender’s glass”. This version said the murder came after a row over a game of dice. Dick Clark described the song as too violent to be played on the hit TV show American Bandstand.

Perhaps it was the gambling element that attracted Wilson Pickett to the song. Alabama-born Pickett, who had earned a fortune from his recordings of In the Midnight Hour and Mustang Sally, was known to have gambled heavily on dice – including placing a $100,000 bet on one single roll of the dice in a backstage bet at the Apollo Theatre.

Pickett cut his famous version of the song during a recording session at American Studios in Memphis for his album I’m In Love. The soul singer credited the lyrics to Lloyd Price and Harold Logan and laid down a passionate version with his band, who were known as the Midnight Movers. The backing musicians were Skip Pitts on guitar, Ernest Smith on bass, “Woody” Woodson on drums, George Patterson on tenor sax, Tommy Cogbill on bass and Curtis Pope and Chris Lowe on trumpets. The brilliant drummer Gene Chrisman laid down a rapid-fire snare drum beat that anchored the song. Pickett made one change to the lyrics, swapping Stagger Lee’s Stetson hat for a Cadillac. Perhaps with his own habits in mind, Pickett also added some final warning words about “teaching the rest of you gamblers a lesson”.

Pickett’s version of Stag-O-Lee struck a chord with the public. After being released on 11 November 1967, it peaked at No.22 on the Billboard charts on 2 December. Pickett, who died of a heart attack in January 2006, at the age of 64, always loved performing the song about the wild Shelton. Pickett himself struggled at various times with drugs and had several brushes with the law, including the time in 1987 when he was given two years’ probation and fined $1,000 for carrying a loaded shotgun in his car. Three years later he was arrested for allegedly yelling death threats while driving a car over the mayor’s front lawn at Englewood, New Jersey. By that time, Pickett was seen by many music fans as “Stagger Lee incarnate”.

“What if this guy showed up now?”

Pickett’s interpretation joins a catalogue of interesting versions of the song, which include those by James Brown, Taj Mahal, Dr John, Tim Hardin, Keb’ Mo’, Woody Guthrie, Bob Dylan, The Isley Brothers, Peggy Lee, Elvis Presley, Fats Domino, The Clash, The Youngbloods, Bill Haley, Grateful Dead, Nick Cave and even actor Samuel L Jackson. In fact, by the time Jerry Garcia was singing lead vocals on the Dead’s version for their 1978 album, Shakedown Street, the lyrics had been tweaked again – the murder was supposed to have taken place on Christmas Eve in 1948, and the victim was rebranded as Billy De Lyons.

The singer Beck used Stagger Lee as the inspiration for his 90s song Devils Haircut, for his Odelay album. “In Devils Haircut the scenario I imagined was Stagger Lee,” Beck revealed. “I thought, what if this guy showed up now in 1996. The song had this 60s grooviness, and I thought of using him as a Rumpelstiltskin figure, this Lazarus figure to comment on where we’ve ended up as people. What would he make of materialism and greed and ideals of beauty and perfection? His reaction would be, ‘Whoa, this is disturbing shit.’”

Since that fateful night in St Louis, Lee Shelton has been immortalised as one of the most famous killers in American history, and his story has inspired movies, poems (including one by James Baldwin), biographies and even as its own comic book. If you asked anyone to pick the iconic song version in his honour, however, most would name the hit by Wilson Pickett.

Listen to the best of Wilson Pickett on Spotify