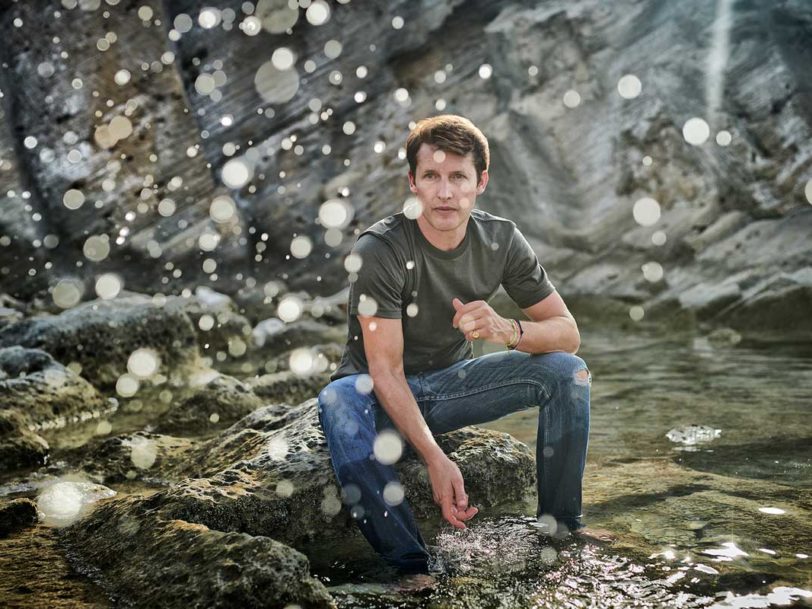 One of the bestselling singer-songwriters of the 2000s, the best James Blunt songs show us why he cannot be dismissed as a one-hit-wonder.

Rising to fame in 2005 with an instant-classic No.1 single (You’re Beautiful), former British Army soldier James Blunt turned the pop world on its head by unleashing a radio-friendly vein of post-Britpop melodicism. Having sold more than 20 million records worldwide, the singer-songwriter, born on 22 February 1974, remains unfairly maligned by critics, despite attracting a cult following for his hilariously snarky Twitter account, as well as maintaining his popularity with fans by growing a respectable canon of modern pop standards. To explore why the Hampshire-born singer deserves far more kudos than he gets, here are our ten best James Blunt songs.

Keen to capitalise on the success of his UK No.4 hit Bonfire Heart, the piano-based lilt of Heart To Heart was a snappy pop tune produced by Robopop, the LA-based producer responsible for Lana Del Rey’s Video Games. Stalling at No.42 in the UK, Heart To Heart is nevertheless a much-overlooked addition to James Blunt’s songwriting catalogue.

Originally, Heart To Heart co-writer Daniel Parker says the song was a lot slower, but James Blunt convinced him to raise the tempo. “It was a gloomy, cloudy day so he thought the more upbeat one would be more appropriate,” Parker said. You’d never tell how bad the weather was, as Heart To Heart’s summery melody and feel-good vibes easily makes it one of the best James Blunt songs.

When James Blunt’s first single, High, was released from his first album, Back To Bedlam, it seemed the singer-songwriter was attempting to replicate the alt-rock formula Coldplay finessed on Yellow. In under three minutes, Blunt’s lyrics took us from wistful longing to a euphoric sky-scraping chorus (“Running wild among the stars above”), peaking at No.16 in the UK.

Nothing if not honest, James Blunt defended his right to be proud of his sure-fire pop formula of sentiment and melancholy. “We singer-songwriters kind of get a hard time,” Blunt said in an interview, “but y’know what – these are romantic songs, and I am a sensitive singer-songwriter.” Suggesting the anthemic direction of later songs You’re Beautiful and Goodbye My Lover, High was James Blunt’s stepping stone to greater things.

Taken from his second album, All The Lost Souls, Same Mistake was a self-reflective ballad that easily ranks among the best James Blunt songs. “It looks at remorse and guilt, about how we make mistakes as humans, how we are fallible,” James Blunt later explained. “Sometimes I can be my own worst enemy.” Unfortunately, the song failed to set the chart alight like some of the singer-songwriter’s bigger hits, reaching only No.53 in the UK.

However, Same Mistake found a whole new lease of life thanks to its inclusion in the soundtrack to PS I Love You, a romantic comedy starring Academy Award-winning actress Hilary Swank and Scottish heartthrob Gerard Butler. With James Blunt positioning himself as the go-to balladeer for the mid-2000s, Same Mistake was yet another emotionally rousing serenade to add to Blunt’s burgeoning songbook.

The first single to promote James Blunt’s third album, Some Kind Of Trouble, was the joyously uptempo Stay The Night. Teaming up with OneRepublic’s Ryan Tedder and pop hitmaker Steve Robson, the UK No.26 song interpolates Bob Marley’s reggae classic Is This Love?, which only adds to its sun-kissed vibe. “If you check out the credits as well, you’ll see we wrote it with Bob Marley – I thought he was dead,” Blunt joked.

Recognising that he was “tired of writing self-pitying songs”, James Blunt wrote Stay The Night in Los Angeles, intending for it to be “a fun song that describes being in California” and focusing on “hanging out with your friends and not wanting the night to end”. Chock-full of hooks and catchy as heck, Stay The Night is a fantastically perky pop-rock gem for when you need a pick-me-up.

Climbing to No.23 in the UK upon its re-release in February 2006, Wisemen was one of four undeniably successful singles released from Back To Bedlam. Reportedly a song “about escaping from society’s pressure to conform”, James Blunt said that its message was to “do your own thing, taking your vices with you”.

More broadly, perhaps, it’s been speculated that Wisemen could even be reflecting on the whereabouts of childhood bullies – the so-called “wise men” who make those around them feel small – pondering whether all those years of drugs and debauchery might finally have caught up with them (“Got to ask yourself the question/Where are you now?”). Just like Goodbye My Lover, Wisemen was written with Jimmy Hogarth and Sacha Skarbek, and is a typical pop-rock song executed with panache.

It shouldn’t really come as a surprise to see the songwriter’s 2008 single Carry You Home listed among the best James Blunt songs, largely as it was co-written with Swedish super-producer Max Martin. By picking the brains of the man who wrote Britney Spears’ … Baby One More Time, James Blunt had his sights set on turning out a calypso-influenced pop song in a bid for chart glory.

Though Carry You Home didn’t reach higher than No.20 in the UK, it deserves to be regarded as one of the singer’s strongest offerings and is a particular favourite at his concerts. It’s also a personal song for Blunt, who later admitted it marked the point where he’d “gotten used to writing quite open lyrics and then being forced onto a stage. I’m relatively comfortable with that now.”

Coming six years after his previous UK Top 10 hit, Bonfire Heart was James Blunt’s surprise pop comeback, storming in at No.4 in the UK in 2013. Co-written with Ryan Tedder, Blunt was keen to sidestep the sentimentality of his ballads and penned an “upbeat, driving song that connects with lots of people”. It worked a charm, and still stands out as one of the best James Blunt songs.

The video for Bonfire Heart featured James Blunt meeting real people while riding a motorbike through Wyoming – oddly enough, it turned into a couple’s wedding video. As Blunt recalled: “The bride and groom had their first dance to it, which we filmed, and which is now the climax of the video.” With over 70 million views on YouTube, that’ll be something to tell the grandkids…

After buying a villa in the Spanish party island of Ibiza for €2 million following the success of Back To Bedlam, James Blunt wrote 1973 after a chance encounter with a woman he met at the nightclub Pacha. “I wrote it about a girl called Simona,” Blunt admitted, later explaining how the song only really got its name because Pacha was founded in 1973.

Released as the lead single from All The Lost Souls, 1973 was a 70s MOR-tinged dose of soft rock which peaked at No.4 in the UK and ranks among the best James Blunt songs, despite not reaching the unprecedented heights of You’re Beautiful. Regardless of that, the bittersweet track still managed to garner James Blunt’s second-ever nomination for British Single Of The Year at the 2008 BRIT Awards.

Not about mourning a dead lover, like many suspect it is, Goodbye My Lover was actually inspired by James Blunt bidding farewell to an ex-girlfriend after their relationship fell apart. “I guess it’s a realisation that you’ll never be with someone,” the singer-songwriter explained on the TV show Songbook, referencing the pain and “frustration that they are still alive and out there in the world”.

Of all the unusual places to record, the song was actually captured in the bathroom while the singer-songwriter was staying with Star Wars actress Carrie Fisher at her home in the Hollywood Hills. “She put a cardboard cut-out of herself as Leia outside my room,” Blunt remembered. Perhaps The Force was with the song, as Goodbye My Lover became the Blunt’s second UK Top 10 hit and to date has notched up over 130 million streams on Spotify.

One of the most ubiquitous love songs of the 2000s, You’re Beautiful was James Blunt’s flagship hit from Back To Bedlam. Topping the charts in both the UK and US, it sold more than four million copies worldwide and remains the crème de la crème of the best James Blunt songs. Written after bumping into his ex-girlfriend on the London Underground, James Blunt finds it amusing how people misinterpret it.

“It’s not the song that people think it is,” Blunt says. “It’s about this guy who’s high as a kite, stalking someone else’s girlfriend – and should be locked up and put in prison. But people think, Ah, he’s a sweet romantic. If you think that’s what romance is, then I think you’re pretty weird.” Weird or not, the song nevertheless won James Blunt a Grammy, so clearly the last laugh is on him.