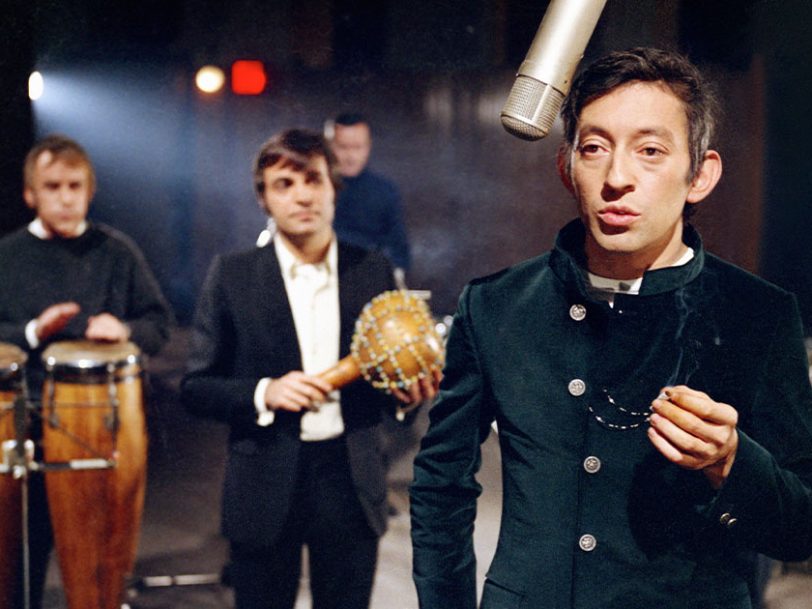 Best French Musicians: 10 Artists Who Put France On The Map

From yé-yé popsters to French house architects, the best French musicians straddle the globe with their Gallic genius and musical ingenuity.

Vive le France: home of high culture, world-beating cuisine and musical savoir faire. It’s no secret that France has produced some of the world’s most unique and groundbreaking talents: from synth innovators to sophisticated wordsmiths, the best French musicians are true originals who exude charm and sophistication, with music which ranges widely from genres such as chanson and yé-yé to techno and indie-pop. Irresistibly cool and beguiling, these iconic francophones have enriched pop-music history.

Best French Musicians: 10 Artists Who Put France On The Map

10: Christine And The Queens

Describing herself as pansexual and genderqueer, Héloïse Adélaïde Letissier has helped bring LGBTQ+ visibility into mainstream culture thanks to her boundary-pushing work under the stage name Christine And The Queens. Mixing art-pop and choreographed dance, Christine was born in the Loire region of France and has been bridging the gap between synth-pop and alternative R&B ever since the release of her acclaimed debut album, Chaleur Humaine. Recalling the androgynous styles of David Bowie and Prince, Christine And The Queens’ UK Top 20 hit Tilted instantly elevated her among the best French musicians, and her later dance-pop duet with Charli XCX, Gone, positively simmers with sexuality. As a one of the most pioneering LGBTQ+ musicians of the 21st century, Christine has already made a significant impact on her pop contemporaries, and there’s no reason to believe she won’t continue to do so in the coming decade.

The 60s was a remarkably furtive decade for French pop, and Françoise Hardy was its soft-spoken queen. Looking every inch as glamorous as a starlet from a Jean-Luc Godard film, Hardy became a youth-culture icon in 1962 after scoring a UK Top 40 hit with her debut single, Tous Les Garçons Et Les Filles, a song that came to embody the yé-yé sound that would define French pop in that decade. Performing in her native French, Hardy has enjoyed a long career thanks to her early embrace of rock’n’roll and her melodic mastery of chanson populaire, as on the deeply romantic and affecting 1973 album Message Personnel. Often showing a sweetly melancholic and breathy vocal style, the Paris-born singer has gone on to influence the likes of Goldfrapp, Angel Olsen and Charli XCX, who have each been inspired by Hardy’s uniquely seductive and captivating voice.

A pioneer of New Age sounds, Jean-Michel Jarre spent much of the 70s experimenting with synthesisers long before it was fashionable. His third album, 1976’s Oxygène, was a seminal work of synth-pop that found favour among prog-rock fans and early new wave artists who fell in love with its progressive and forward-thinking ambient soundscapes. Much like German electronic pioneers Kraftwerk, Jarre is chiefly responsible for making electronic music a credible endeavour throughout the decades, applying his compositional foresight to groundbreaking albums such as 1978’s Equinoxe and 1986’s Rendez-Vous. Easily one of the best French musicians of the 20th century, Jarre has sold an incredible 80 million records worldwide and still holds a world record after performing in front of 3.5 million people in the Moscow Hills, in 1997. Every dance DJ is standing on the shoulders of giants, and no one’s shoulders are broader than Jean-Michel Jarre.

Undoubtedly one of the greatest French pop songwriters of all time, Serge Gainsbourg was a chain-smoking lothario who penned numerous classics throughout his storied career. Not only did he write one of the best Eurovision songs in the shape of France Gall’s Poupée De Cire, Poupée De Son, but he also scored a UK No.1 thanks to a memorable duet with British-born singer Jane Birkin on the notoriously amorous 1969 single Je T’aime… Moi Non Plus. Lyrically inventive and sharp as a tack, Gainsbourg brought Parisian cool to a mass audience, adding a touch of counterculture disdain and a smattering of satirical provocation. Covering a wide array of genres up until his death in 1991 – he later diversified into funk, reggae and even electronica – Gainsbourg courted controversy for much of his life, but this has only cemented his status as a cult hero who continues to inspire a much-deserved adulation in his homeland.

Godfathers of the indie scene for the past 20 years, Phoenix hail from Versailles and started life as a garage-rock band, perfecting their impeccable style of indie-pop and new wave-inspired synth-pop, but it wasn’t until their fourth album, Wolfgang Amadeus Phoenix, that they truly struck the big time, owing in large part to their US breakthrough hits 1901 and Lisztomania. With singer Thomas Mars’ stylish looks and brothers Laurent and Christian Mazzalai giving The Strokes a run for their money on guitar, Phoenix soon became festival favourites and have enjoyed remarkable longevity for a French pop-rock act. It’s worth noting that Laurent Mazzalai once played in a band with Daft Punk’s Thomas Bangalter and Guy-Manuel de Homem-Christo, suggesting that there was truly something in the water in the French suburbs.

Inspired by Daft Punk’s thumping breed of “robot rock”, Gaspard Augé and Xavier De Rosnay (aka Justice) rode the wave of the mid-2000s “new rock revolution” thanks to hook-laden electro house hits such as 2007’s D.A.N.C.E. and 2011’s Civilization. The French duo got their big break with a dance remix of British indie act Simian’s Never Be Alone – later re-titled as We Are Your Friends – which reached No.20 in the UK and won Best Video at the MTV Europe Music Awards. Releasing three acclaimed alternative dance albums in the shape of †, Audio, Video, Disco and Woman, Justice were, for a time, true rock stars of the EDM scene. Fusing electroclash, nu-disco and techno, and mixing house beats with a predilection for prog-rock and a love of conceptual themes, Justice lived up to their promise – they really were our friends.

Leading purveyors of the late-90s downtempo explosion, Versailles-based duo Nicolas Godin and Jean-Benoît Dunckel soundtracked the nightclub chill-out rooms with their 1998 album, Moon Safari. Suitably chic, the laidback sensuality of their UK Top 20 hit Sexy Boy and the retro space-pop vibes of Kelly Watch The Stars took electronic music down more subdued and meditative avenues. Embarking on a sonic voyage fuelled by ambient beats and atmospheric melodicism, Air claimed their place among the best French musicians almost overnight, and they remain widely respected by their peers. Revealing just how in vogue they were, their 2004 single Alpha Beta Gaga – full of whimsical tones and jaunty whistles – was allegedly originally written for Madonna to record for her album American Life. By bringing the innocence of French pop into the age of electronica, Air helped usher in a breezy mode of sophistication that steered us into a new millennium.

Dream-pop outfit M83 originate from Antibes and are fronted by synth-pop innovator Anthony Gonzalez. Conjuring an airy music that straddles a line between shoegaze indie and ambient soundscapes, the group have pioneered an ethereal, electro-infused sound that’s come to be christened as synthwave – a cinematic spin on electronic music. Perhaps best exemplified by their biggest hit, Midnight City, echoes of M83’s legacy as one of the best French musicians can be heard on Kavinsky’s work on the soundtrack for the Ryan Gosling movie Drive, and on the theme tune to Netflix TV show Stranger Things. Undeniably influential in their own way, albums such as 2003’s Dead Cities, Red Seas & Lost Ghosts and 2011’s Hurry Up, We’re Dreaming have set the blueprint that other modern synth-pop acts, such as CHVRCHES, have been eager to follow.

Easily one of the most successful superstar DJs to emerge from France, producer David Guetta has spent the past 20 years bringing house music to global audiences, and, with albums such as Just A Little More Love, he has been pivotal in the rise of dance-pop. With more than ten billion streams to his name and over 50 million record sales worldwide, Guetta has teamed up with some of the leading voices in pop: his soaring collaboration with Sia – Titanium – fused 80s power balladry with epic club beats, while Kelly Rowland’s diva-powered turn on When Love Takes Over helped popularise EDM in the US. As one of the best French musicians of all time, nobody has done more to weave dance music into the fabric of mainstream culture than David Guetta.

As if beaming down to Earth in a flying saucer, French DJ duo Thomas Bangalter and Guy-Manuel De Homem-Christo sounded like nothing else on the planet. Hiding behind the guise of robots, Daft Punk conquered the 90s and 2000s by bringing the cerebral mind games of Kraftwerk to the French house scene, with the best Daft Punk songs revolutionising dance music forever. After captivating listeners with the mesmerising funk groove of their 1997 hit Around The World and the EDM update of 70s soul and soft-rock on their 2001 album, Discovery, Daft Punk’s musical vision came into full flower on 2013’s Random Access Memories, as the group embraced live musicianship on a sprawling work of Pink Floyd-esque ambition that featured guest spots from Chic’s Nile Rodgers and disco godfather Giorgio Morodor. Mixing funky beats with a canny ear for pop hooks (Get Lucky, One More Time), Daft Punk changed the face of dance music by cherry-picking the best genre curios like magpies with an expansive wingspan. That’s why they fully deserve to top our list of the best French musicians.

Must hear: One More Time

Find out where Daft Punk rank among our list of the best 2000s musicians.