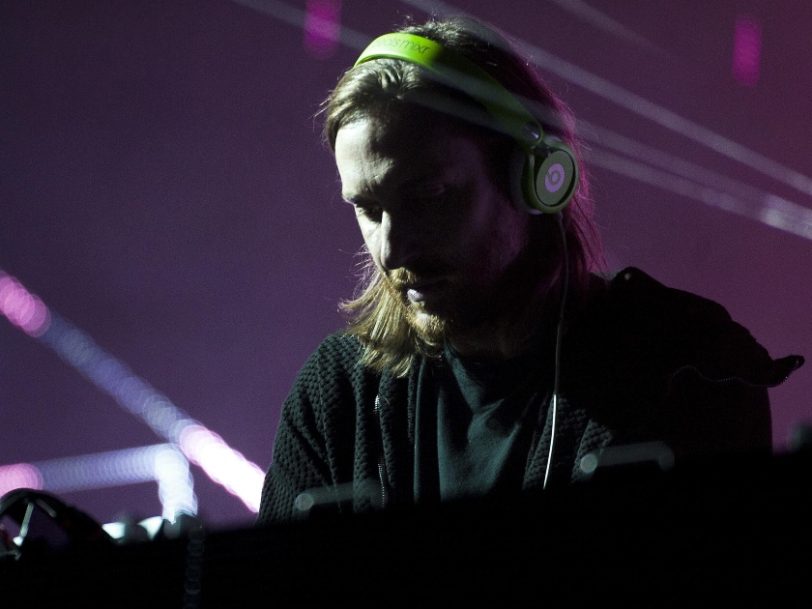 Born in 1967, the Parisian DJ David Guetta was, by 2001, perhaps not the most obvious candidate for a breakout name in dance music. Though his career dated back to the 80s, and he first gained notice with an early slice of French hip-house recorded alongside the rapper Sidney (1990’s Nation Rap), followed by a single with deep-house icon Robert Owens (1994’s Up & Away), Guetta hadn’t amassed much in the way of production credits. He had, however, made a name for himself as a DJ at the Scream club in Paris, his blend of main-room house and electroclash material revitalising a scene which he had supported since its early days. Released in January 2002, Guetta’s mix compilation Scream Vol.5 approximated those heady sets. More pertinently, however, it also began with a tease of what would be the title track for his debut album, Just A Little More Love.

Letting it all out on the breakdowns

A briskly recorded cut featuring a traditional house anthem’s lyrical themes of world peace, the song Just A Little More Love was bolstered with vocals from Chris Willis, a US soul singer who would contribute to most other tracks on the album. Originally given a European release in 2001, the single would become an international hit after being reissued, two years later, with the original Elektro Edit (which sampled from Hashim’s electro-funk classic Al-Naafiysh (The Soul)) now sharing space with a remix by Spanish DJ Wally Lopez, alongside further mixes, including one by Kid Vicious (aka long-standing Guetta collaborator Joachim Garraud). With the full version of Lopez’s mix proving popular in Ibiza, the song would be a hugely successful draw on soundtracks and compilations.

Follow-up single Love Don’t Let Me Go also trails its predecessor on the album’s tracklist, with Willis letting it all out on the breakdowns. Sensing the need to rein in his wall-shaking club instincts for a more communicable approach on record, Love Don’t Let Me Go was given a snappy edit, and its single release again included a cavalcade of remixes, among them a simmering retooling by Italian house mainstay Joe T Vannelli. However, the most successful take surfaced in 2006, when, inspired by one of Joachim Garraud’s DJing tricks, Guetta’s original was retooled into a hit mash-up with German DJ Tocadisco’s bumpy, electro-fied remix of Walking Away, a tune by English electronica outfit The Egg. Issued as a single that August, Love Don’t Let Me Go (Walking Away) marked the start of Guetta’s true ascendancy to stardom, charting at No.3 in the UK and doing brisk business across Europe.

Closing out an opening trio of cuts lifted for single release, the pumping Give Me Something (Deep In My Heart) took a more explicitly disco-influenced approach, following in the tradition of Guetta’s decade-old feature on Up & Away by employing Strictly Rhythm house legend Barbara Tucker on vocals (Guetta would later work with the similarly celebrated CeCe Rogers). The frothy, Daft Punk-influenced bar grooves of You follows before the Chicago house-influenced Can’t U Feel The Change takes things back to the uplifting lyrical themes of the acid-house era.

It’s Allright (Preaching Paris) features Tucker testifying in raw, classic disco style over a skittering but chunky groove, and was utilised for the B-side of Give Me Something, alongside a cool, gradually building remix by another rising French house star, Bob Sinclar. The light, funky, thoughtful but uplifting People Come, People Go was also released as a single in Europe, though it deserved a wider audience.

Revealing his wit, Guetta fashioned the goofy electro of Atomic Food into a pastiche of formulaic dance music, underscoring it with a grimy bit of Chicago house as an increasingly maniacal-sounding Willis lists foodstuffs over the top. After the uptempo trancey instrumental 133, Willis continues down his eccentric path on Distortion, rising to the challenge of Guetta and his team’s scrunched-up rhythm in the opening studio chatter while quoting a touch of The B-52s along the way. Distortion was also given a promo release in a more polished and functional, Green Velvet-esque tech-house version, but that’s less enticing than the raw, quirky album take, which sparks with flashes of studio innovation similar to those heard on TJ Cases’ and Kat Blu’s UK garage classic Do It Again. The Balearic slow build of You Are The Music follows, before the brief, horizontal Lately brings Just A Little More Love to a close.

Originally released as a B-side to Distortion, the glitchy yet rolling Miscommunication was added to the Japanese edition of Just A Little More Love, while other later pressings also featured Just For One Day (Heroes), a housed-up David Bowie remix given a single release to support Fuck Me I’m Famous!, the 2003 mix collection Guetta recorded with his then wife, Cathy. The first in a decade-long series of releases which continued until the couple’s divorce, the latter disc celebrated the Guettas’ Ibiza club nights, and was part of David’s continuing exploration of the area between house and electro.

On top of this, Guetta has produced or remixed artists such as Madonna, Kylie Minogue, Eurythmics, Black Eyed Peas, Orchestral Manoeuvres In The Dark, Calvin Harris, Moby, Deep Dish, Avicii, Kelis, Lady Gaga, Britney Spears, Billie Eilish and Adam Levine. Along the way, he has become one of the most recognisable and bankable names in EDM, breaking records and smashing the international charts. Just A Little More Love’s compact bombs started that assault.